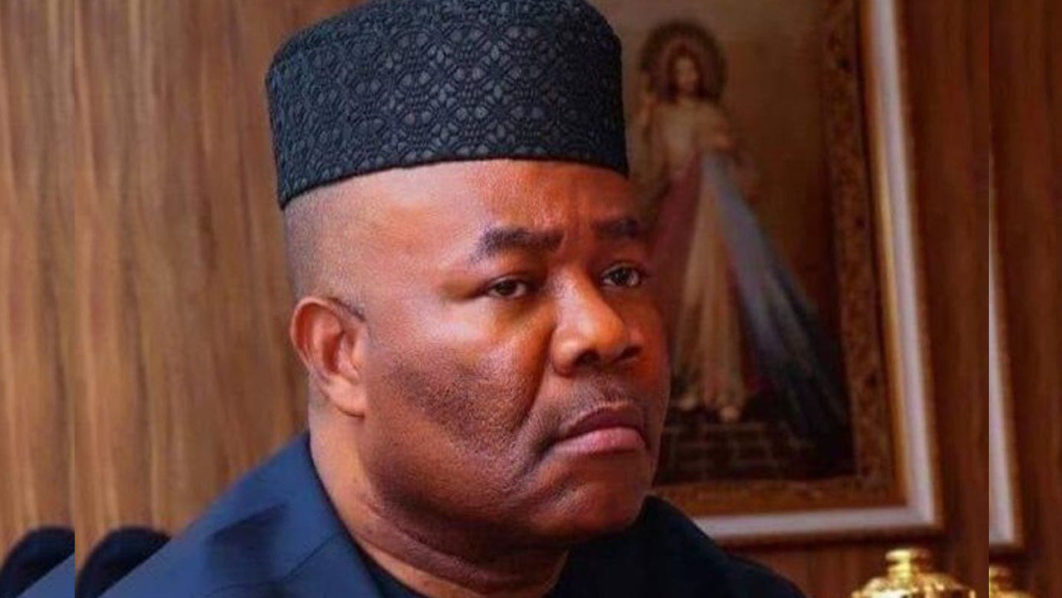 The Niger Delta Minister Chief Godswill Akpabio recently hinted that the forensic audit of the Niger Delta Development Commission, which he had earlier said would be concluded and the report submitted before April (this month) will now be concluded in July, following which the Governing Board will be put in place. We consider this an insult to good governance and the Niger Delta people, that an external audit is not only taking place for over a year and a half now but that a development agency for the region is being run haphazardly, without a Governing Board as provided for in its Establishment Act, at the whims and caprices of Akpabio.

When he dubiously sold the idea of an Interim Management for the NDDC in October 2019, even after the names of the Governing Board had been sent by the President to the Senate for statutory screening, which persons the Senate subsequently screened and confirmed, Akpabio said his illegal Interim Management Committee will only stay in office for six months to supervise the audit after which the Board will be inaugurated. Even then, we made the case that this was an unheard-of practice anywhere in the world, even Nigeria, where it is made to look as if having a legal Governing Board in place and an external audit are mutually exclusive. It was even pointed out by legal luminaries that the interim arrangement was patently illegal. Yet, the federal government allowed itself to be deceived by Akpabio to appoint his first illegal IMC.

By the time the expected deadline of March 2020 for the submission of the audit report was near, Akpabio sacked his first IMC Acting Managing Director Ms Joi Nunieh and appointed a new Acting Managing Director, Prof Pondei who was his classmate at FGC Port Harcourt, and extended the stay of this IMC to December 2020, by which time he said the audit will be concluded and the Board put in place. Just when that was drawing near, he sacked the Interim Management Committee and appointed his personal aide, Mr Effiong Okon Akwa, as Interim Sole Administrator with a promised forensic audit completion date of March 2021. Akpabio is now hinting that a ‘field’ forensic audit will commence and end in 3-4 months before the Board is put in place. So what have the auditors been doing for over a year? This is indeed a most ludicrous capture of an agency of government by an individual. Akpabio has turned governance into a joke and makes a mockery of the Buhari Administration.

What Niger Deltans want to know is why the President and the Presidency will keep quiet while the NDDC is run in violation of the law and common sense. How an agency of government is being run by the minister’s proxies under the guise of an audit that has lasted for over one and a half years is simply inexplicable but this is what Buhari has permitted under his watch. Akpabio has dropped the president’s name for all the strange decisions he has made at the NDDC, including the illogical non-inauguration of a Governing Board on the excuse that an audit is being undertaken, when in actual fact it was an illogical excuse for Akpabio to run the agency as he pleases, in collaboration with vested interests in Abuja.

Akpabio has virtually administered the NDDC directly using his proxies as Interim Managements since October 2019 (over 18 months). During this period over N800 billion has been spent by Akpabio’s Interim Managements on frivolous items and dubious payments, as evidenced by whistleblowers and National Assembly investigations. Such waste and financial recklessness should never have happened if Akpabio had been called to order by the president. But, he has been allowed a free rein to continue to squander the resources of the NDDC as he desires, with nothing in the Niger Delta states to show for it.

We have pointed out previously that Akpabio has only employed the forensic audit as an excuse to directly run the NDDC using his proxies, because this is the first time in any public institution in this country that the external audit is being teleguided by the Minister with public relations appearances by the so-called auditors at the drop of a hat. Last Friday in Uyo, the so-called auditors were there to give a helping hand to the minister. Previously, at various times last year, he held similar inauguration ceremonies for these same auditors in Abuja and Portharcourt ( to buttress the fact that he is using them). Audits have been done in Nigeria previously, creditably and independently, such as the NNPC audit, which was carried out by Price Waterhouse a few years back while the legitimate Board and management were still in place. The board and management of the NNPC were not set aside for an IMC in order to do the audit. Similarly, when in 2016 the current selfsame Buhari Administration audited all revenue agencies, including the NNPC, NPA, FIRS and others, it did not set aside the Governing Boards. This is the first time an external audit has been employed as an excuse to suspend the law governing a public institution. Sadly, President Buhari had decided to hand out the NDDC to Akpabio to do as he desires, the result is what we see today. The NDDC has not undertaken any development project over the last two years in the Niger Delta states, as attested to by the governors and the people, yet it has spent hundreds of billions of naira. This is unacceptable!

President Buhari must save whatever is left of the NDDC now, given Akpabio’s disastrous intervention so far. Niger Delta leaders and people are unanimous in our position that the Governing Board of the NDDC should be put in place without further delay to provide for full and adequate representation of all stakeholders in the Management as provided for in the law setting up the Commission.
Mr President needs to put in place the substantive Governing Board to return the agency to the path of law, broad representation, checks and balances, probity, equity and accountability to the Niger Delta people.

This post is sponsored by Niger Delta Renaissance Coalition.