The National Broadcasting Commission (NBC) has directed all broadcasting stations to suspend the use of the microblogging service provider, Twitter.

This is according to a communique put out by NBC on Monday.

In the statement signed by Professor Armstrong Idachaba, the NBC noted that the directive is consequent on the suspension of Twitter operations in Nigeria by the Federal Government.

Citing the persistent use of Twitter for activities that are capable of undermining Nigeria’s corporate existence, the government suspended Twitter operations indefinitely.

In line with this, NBC directed all broadcasting stations not to patronize the social networking service.

It further advised all stations to uninstall Twitter and desist from using the platform as a source of information.

Below is a copy of the NBC communique obtained by Newspot. 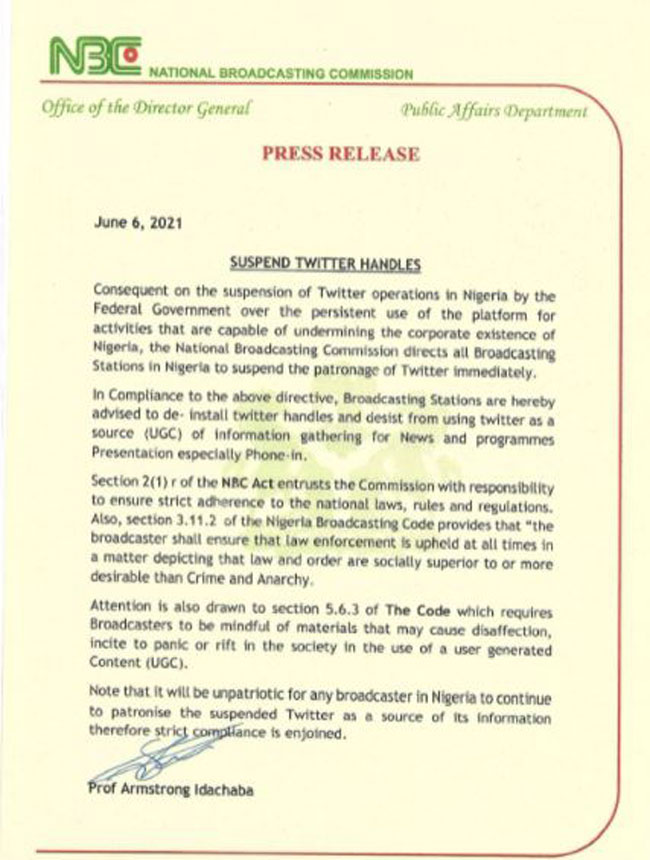