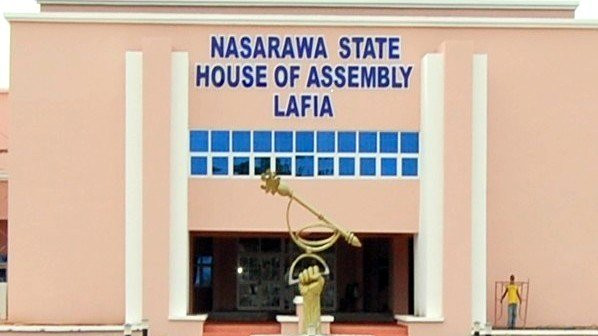 The Executive Chairman of Nasarawa Local Government Council, Alhaji Mohammed Sani Ottos and the Deputy Chairman, Karu Local Government council, Lawal Yakubu Karshi have been been suspended by the Nasarawa state house of assembly over an alleged act of  insubordination.

The announcement was made by the Speaker of the Assembly, Ibrahim Balarabe Abdullahi after the Chairman, House Committee on Local Government, Barrister Mohammed Alkali moved a motion on the insubordination activities of the affected council officials during the House emergency sitting in Lafia Monday August 10.

The local government executives were suspended for allegedly abandoning their official duties to attend the court case of former Secretary to the Government of the state (SSG), Alhaji Aliyu Tijani Ahmed. Their action were described as a disservice and an act of insubordination.

“The Chairman of Nasarawa Local Government Council is hereby suspended pending the investigation on his act of insubordination.

“The Deputy Chairman of Nasarawa Local Government is hereby directed to take over the affairs of the council on acting capacity with immediate effect.

“And the Commissioner of Police is hereby directed to provide adequate security cover to the acting Chairman of Nasarawa Local government Council as the investigation lasts.”

A seven man committee was also set up by the speaker to investigate the two affected local government officials and they are also expected to submit their report in 6 months.

Boxing legends, Mike Tyson and Roy Jones Jr. told not to knock each other out as there will be no judges in their exhibition...

Woman attempts to sell own baby for N150,000, blames hardship

Sister allegedly pours hot water on her brother after he confronted...