Popular Nigerian OAP, Toke Makinwa has said her son will be very lucky to find and marry a woman like her. 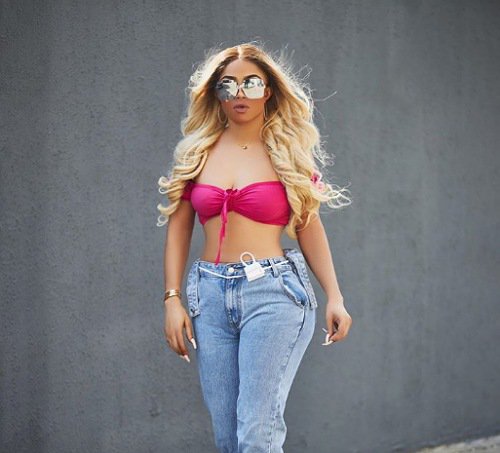 The media personality said Amen to a prayer many women find difficult to claim, saying her son will be lucky to have a wife like her.

She made this known in a post she shared via the insta story section of her official Instagram page on Friday, September 25.

Her position was in response and reaction to a tweet she found on the streets of Twitter.

The tweet reads… “Dear woman, may all your sons marry the exact kind of woman you are. Amen!”

She then wrote… “Amen!!! My on will be lucky to marry a woman like me tbh, they don’t make them like me no more” 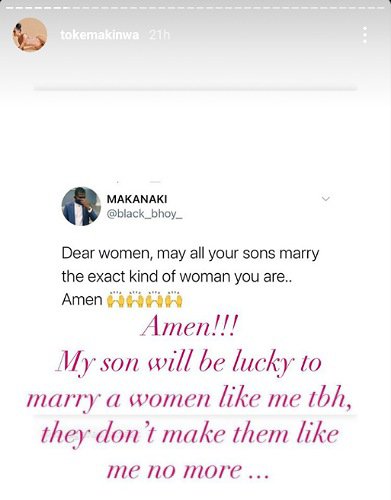 At Least One Dead As Senegal Protesters Clash With Police –...

Nigeria is Moving Towards the Edge of the Precipice By...

How To End Herdsmen/Bandits Killings – Fayose