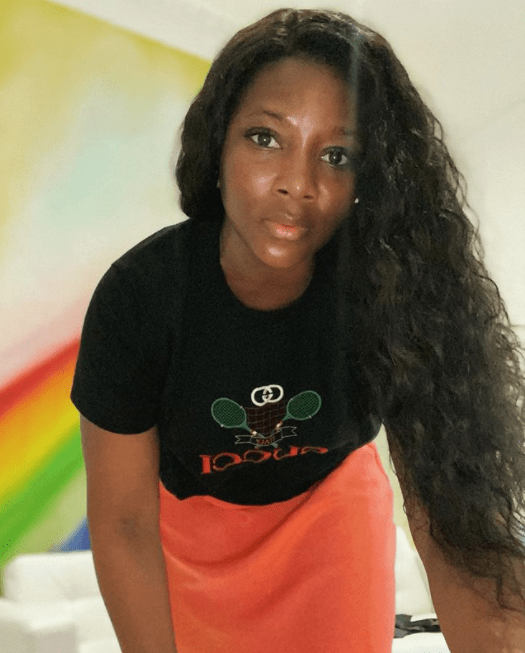 Her letter is coming in reaction to the ongoing nationwide #EndSAR protests.

The actress in her letter revealed that her 13-year-old niece was harassed by the Special Anti-Robbery Squad for carrying a laptop.

“My niece was harassed by SARS for carrying a laptop. Her own laptop. She was slapped across the face for simply asking why her laptop was being seized. At only 13, she had to deal with police brutality. Complaints were made and nothing was done. No one is spared and we are all affected.” she wrote.

Read the full letter below… 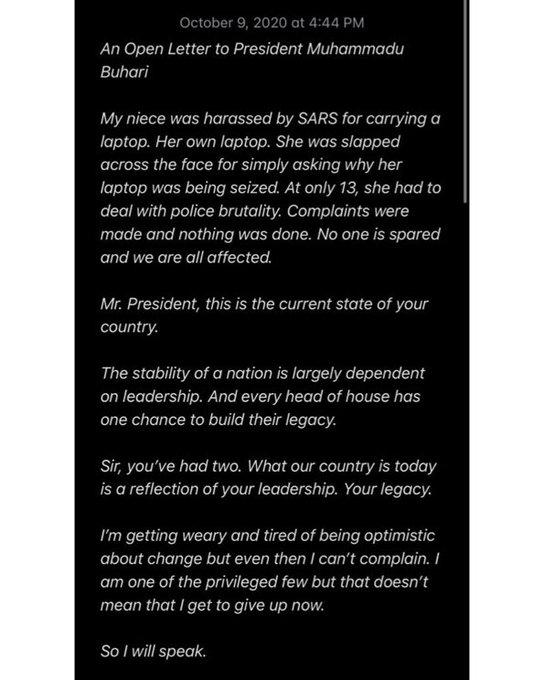 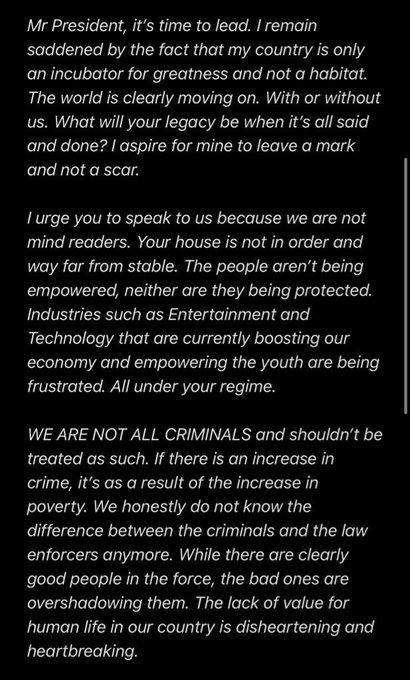