Regina Daniels, who recently welcomed her first son with Ned Nwoko, has shared some details about her pregnancy on her YouTube channel. 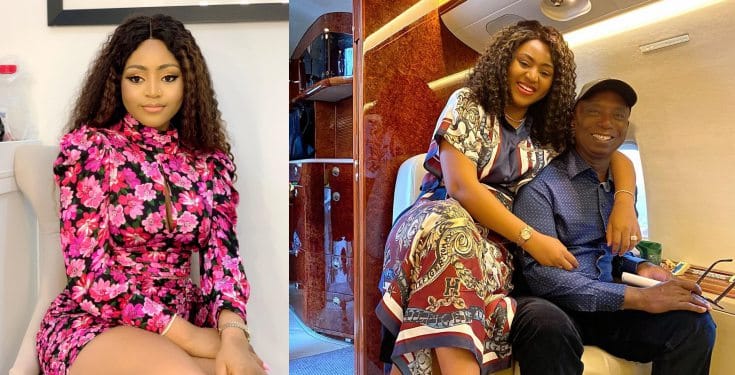 In the new video that was shared online, Regina said she first became aware that she might be pregnant when her husband said he could “perceive a pregnant woman”.

She made this revelation in a documentary about her pregnancy. Ned Nwoko who also spoke in the documentary, said he has the ability to perceive a pregnant women from a mile away and he knew when his young wife became pregnant.

Regina added that she was “confused” at first, soon after a pregnancy test revealed she was carrying a child.

“The first time I found out I was pregnant, I was confused. I just couldn’t explain the feeling.

“Though at first, my husband was already saying, oh he can perceive a pregnant woman and I was like, ha, perceive kwa?”

Ned, who has multiple children from his other wives, said: “I told her that she was pregnant. She didn’t believe me. I could smell a pregnant woman from 2 miles away.”

Too much humility can destroy you

Ginsburg Laid To Rest At US Capitol, First Woman To Be...