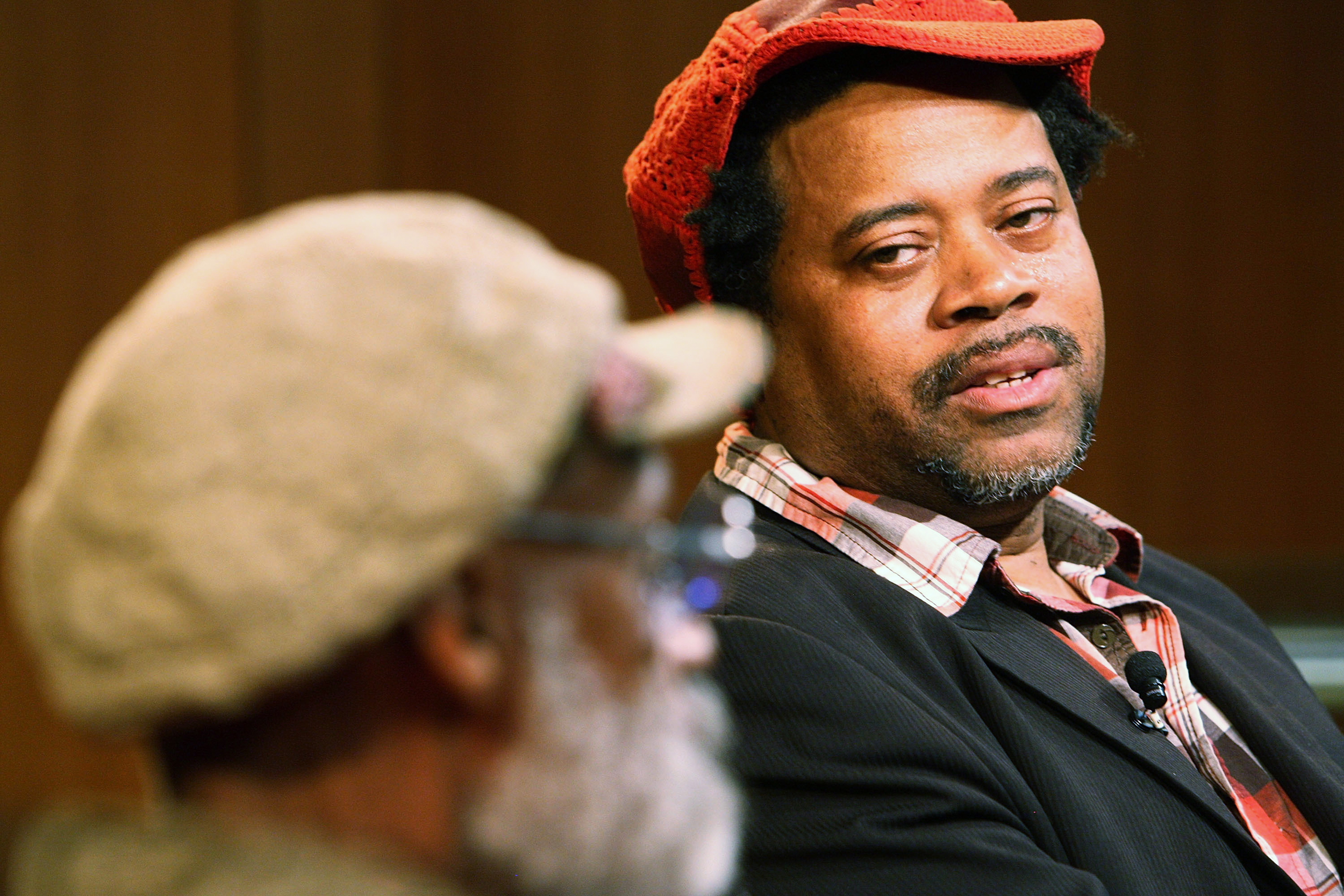 Greg Tate, a music and cultural critic who elevated hip-hop as a cultural phenomenon worthy of the kind of respect and admiration jazz has received, has died. He was 64.

The cause was not immediately available.

Tate began impacting popular music and criticism in the 1980s as a staff writer for New York’s Village Voice, and he eventually contributed to the New York Times, the Washington Post and Vibe. He was a Louis Armstrong Visiting Professor at Columbia University’s Center for Jazz Studies and lectured at New York’s Museum of Contemporary Art. The Source magazine called him “one of the godfathers of hip-hop journalism.”

Tate praised the Voice’s music critic, Robert Christgau, for hiring him in 1981. He’s been quoted as saying Christgau “believed Afro-diasporic musics should on occasion be covered by people who weren’t strangers to those communities.”

Early hip-hop, however, was rarely a topic for Rolling Stone. When it did draw the attention of pop’s mostly white critical establishment, it was often seen as a bubble-gum fad responsible for bright, baggy and tasteless fashion. It was rarely taken seriously.

Tate rolled it up, smoked it and exhaled dissertation-worthy observations.

Today it’s hard to find a greatest-emcee list that doesn’t feature Rakim near its very top. In 1988, Tate reviewed Eric B. & Rakim’s latest single by clearing space for the duo on the top shelf of American musical greats, including Miles Davis.

“The music on ‘Follow the Leader’ is spooky, a science-­fiction score that sounds straight out of the Tangerine Dream songbook,” he wrote in the Voice. “Rakim’s on an elocutionary speed-trip, a black bullet train slitting through hyperspace.”

He also wrote about rock ‘n’ roll, hardcore, jazz, street art, and “the post-nationalist black aesthetic.” He played guitar, co-founded the Black Rock writers’ coalition and founded Burnt Sugar the Arkestra Chamber, described on its website as “a sprawling band of musicians whose prodigious personnel allows them to freely juggle a wide swath of the experimental soul-jazz-hip hop spectrum.”

In that 1986 Village Voice essay on the Black American aesthetic, Tate wrote, as a parenthetic aside, “It is our music, especially jazz, which confronts Western culture with its most intimidating and improbable Other: the sui generis black genius.”

He was born in Dayton, Ohio, grew up in Washington, D.C., and was influenced both by the critics of Rolling Stone and the writing of Amiri Baraka, according to Artforum International Magazine, which first reported the news of his death.

He studied film and journalism at Howard University.

“I got to New York in ’81, just as hip-hop was blowing up,” he told New York magazine in 2016. “Radio wasn’t playing hip-hop. There were no videos. The way I found out about KRS-One, Rakim, Big Daddy Kane and Public Enemy was word-of-mouth. It was very much an underground conversation, but being in New York in the ’80s we were basically at the epicenter of world culture.”

One of Tate’s earliest feats, New Yorker staff writer Hua Hsu noted in 2016, was to “help to establish jazz and hip-hop as part of the same continuum of expression.”

For the hip-hop generation, now old enough to feature on the obituary page, Tate’s nods could be revelatory. “His form of writing could be as exhilarating as art,” Hsu wrote.

Tate was celebrated among peers and artists.

Hip-hop writer Michael A. Gonzalez wrote in 2007 that the critic’s 50th birthday party at the Studio Museum of Harlem was attended by Vernon Reid, Dream Hampton, Kevin Powell, Maureen McMahon and other luminaries.

Like a lot of writers who gravitated toward hip-hop, Los Angeles journalist Donnell Alexander, a University of Southern California journalism fellow and author of “Ghetto Celebrity: Searching for My Father in Me,” said Tate influenced his career.

“He was one of the very first writers I wanted to be,” he said by email. “I’d be reading the Village Voice music section. I almost literally disbelieved the column inches were real, it was so Black and idiosyncratic.”

Tate’s bibliography includes “Flyboy in the Buttermilk: Essays on Contemporary America” (1992), “Everything But the Burden: What White People Are Taking From Black Culture” (2003), “Midnight Lightning: Jimi Hendrix and the Black Experience” (2003), and “Flyboy 2.”

On Tuesday, New Yorker magazine staff writer Jelani Cobb, who’s an MSNBC contributor, tweeted that “Flyboy in the Buttermilk” is “a clinic on literary brilliance.”

Alexander said that one of Tate’s impacts was to tease readers with takes on pop music but then take them down a different road.

“Tate referenced sci-fi,” he said. “He’d throw a hip-hop feel onto a piece about rock. He wrote about weird jazz albums with such clued-in passion that I had no idea the form’s relevance was fading. All of this was dazzling in the possibility it presented.”

His demise is sad, Alexander said, but it will open eyes.

“It’s exciting to think of how many more people are going to read him now,” he said.