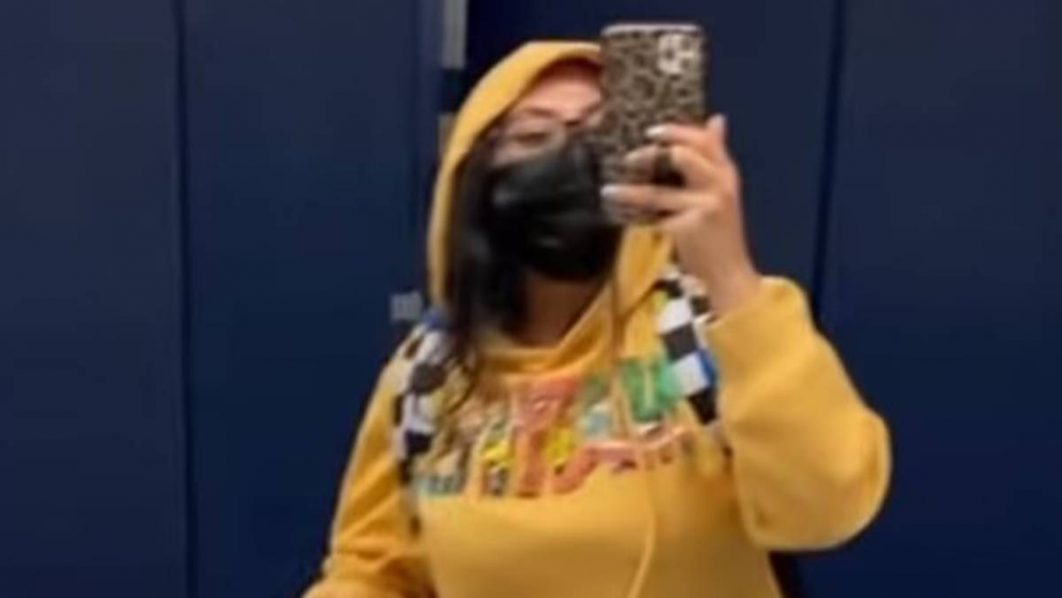 A Texas mother has been arrested after she impersonated her 13-year-old daughter and attended her classes for a whole day.

Casey Garcia, 30, filmed videos of herself getting dressed like a 7th grader and walking into the building of a San Elizario Independent School District campus, claiming she did it to test the security of the school.

To pass as her 13-year-old daughter, Garcia dyed her hair and wore an outfit similar to what her child would wear.

She then shared the clip onto YouTube and TikTok, in which viewers can see her passing through halls, mixing with faculty, and even attending lectures.

It wasn’t until the mum’s final class that a teacher realised that she wasn’t who she was claiming to be.

As a result, Garcia was arrested for criminal trespassing, interfering with government records, and an unrelated traffic offense. She was then released on a $7,808 bond.

Later on, the mum released a video explaining why she decided to trespass on school grounds and impersonate a teenager.

I didn’t do this ruffle any feathers, I didn’t do this to out the school, because I was never going to say what school district or school it was, they put that out there themselves. We need better security at our schools, this is what I tried to prove, and I don’t mean to be curt but I kind of feel like I proved it. I think the deal-breaker for me was actually walking in and posing as a seventh-grader. I mean, I’m no spring chicken, but it wasn’t hard and I made it to all seven periods.

The mum also alleged that the school’s staff seemed to be more concerned about her carrying a phone the whole time, rather than the fact she managed to get away with impersonating a student.