Popular Instagram comedian and activist Adebayo Debo, professionally known as Mr Macaroni replies to a man who accused him of treating women as sexual objects. 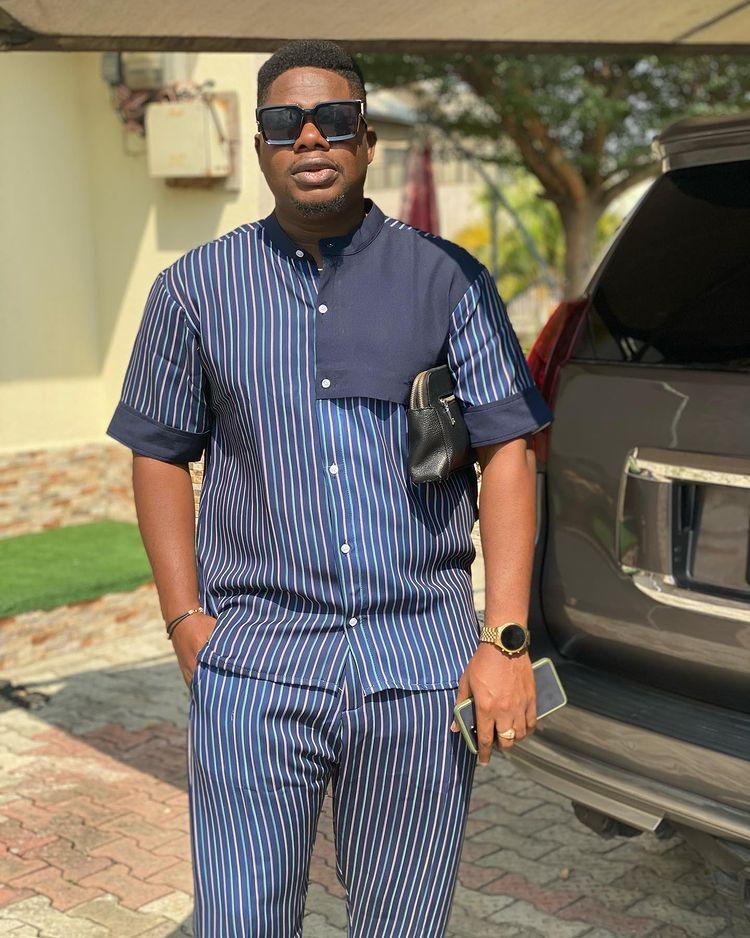 The 28 years old has been famously known for his satirical comedy skits that reflect societal ills and truth even as he advocates for a better Nigeria.

Debo took to his Twitter account to rant about the deteriorating state of affairs in the country, unfortunately, a man identified as Dubem had shunned him, as he accused him of sexually objectifying women. 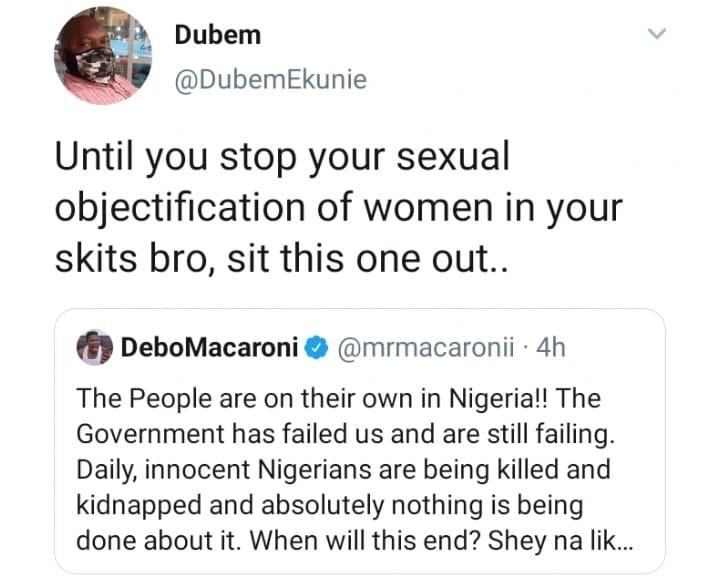 However, Debo has replied to the man as he schools him on what a satirical video is all about.

” I ignore you people that always try to push this narrative because I know most of you only seek engagement. Explain to me what sexual objectification means? If you don’t see the satire in my videos and how I use my contents to reflect our reality the shame is on you” 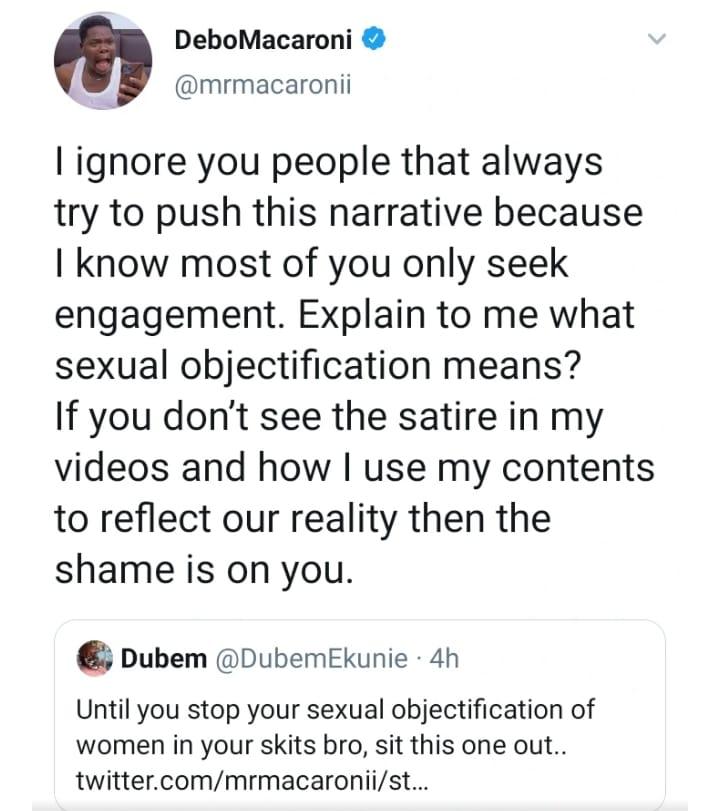