Motorists have decried the obstruction of traffic flow on the Minna-Suleja road by trailer and tanker drivers on protest at Lambata in Gurara Local Government Area of the state.

They urged the Niger State Government to urgently step in to ensure easy vehicular movement on the road.

The protesting drivers blocked the major road on the Gurara bridge between Lambata and Izom over the continued closing of the Minna-Bida road since afternoon, preventing vehicular movement in and out of the state.

One of the commuters identified as Tolani, who was travelling to Abuja, told Newspot that they have been stranded on the road for over four hours as the trailers, tankers and other articulated vehicles obstructed movement.

“I left Minna heading to Abuja to attend to some issues concerning my business only to be stranded before Lambata for hours. I thought I could just rush and come back to Minna within a few hours. And as the situation is now, I don’t know when I will get to my destination. Everyone around is so disturbed,” Tolani stated.

Another commuter, Abu Omar, said, “Niger State Government needs to intervene in the problem. I mean problem because it is fast becoming so. Why will these drivers just block the road like that and make things further difficult for the poor masses?

” I left Suleja hoping to get to Minna before the close of work, but look at me still on the road, hungry with no food to eat, thirsty with no water to drink. This is not good for a state and a country, drivers taking law into their hands. This is worrisome”. 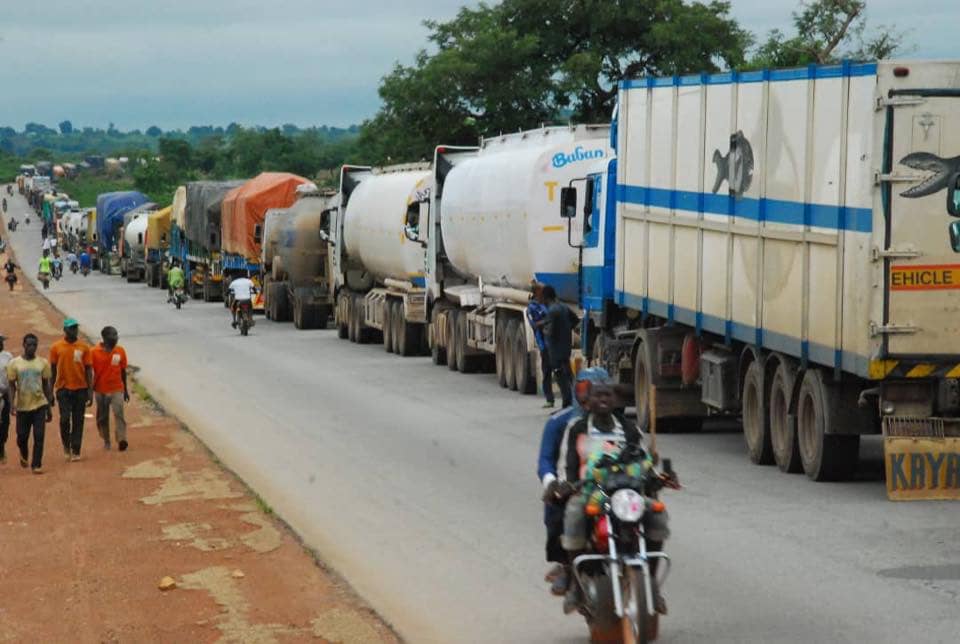 Earlier, the drivers blocked the Minna-Bida road and held the town to a standstill over alleged refusal of the state government to reopen the road for them to ply.

Meanwhile, the state government through the commissioner for Works and Infrastructure, Mamman Musa, has appealed for calm over the development.

In a statement issued in Minna, Musa explained that his ministry had already contacted the Director of the Federal Highways over the dilapidated portion around the Lambata-Agaie-Lapai-Bida road.

The Government cautioned operators of the trailers to desist from violating traffic law and order in the state, arguing that blocking the road would make it difficult for intervention by the Federal Controller of Works.

The statement said, “Niger State Government is liasing with the Federal Controller of Works in order to synergise and find a lasting solution to the road.”

“Therefore, the state government is calling for calm and cautioning trailer operators to desist from violating traffic law and order in the state”.