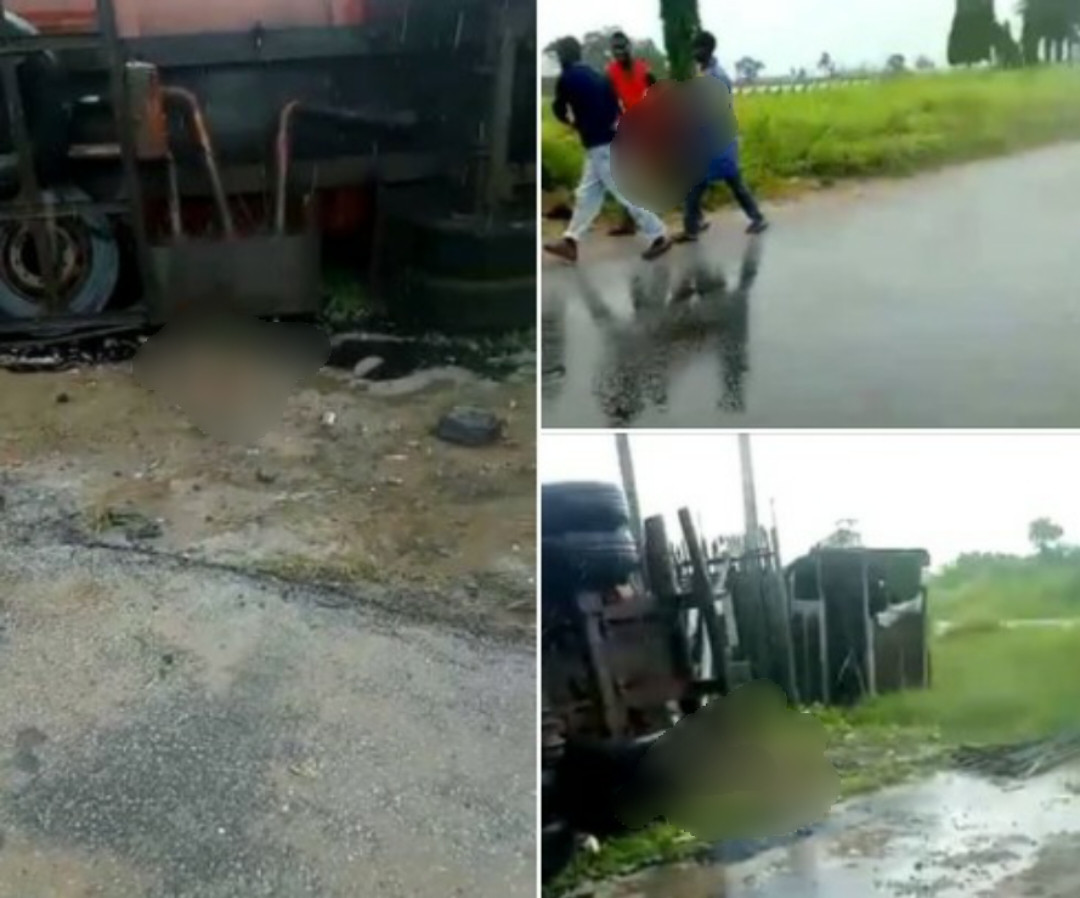 Fifteen students of the Army Day Secondary School, Effurn in Delta state were crushed to death after the driver of a petrol tanker lost control after suffering a brake failure on Thursday, July 8. The affected students were said to be on their way home after school. Read here.

Media aide to the state governor, Ossai Success Ovie, who confirmed the incident, said a mother lost four children in the tragic incident while another lost three children.

”I heard about the Tragedy that happened in Warri today opposite Army barracks along NPA expressway.

I heard tanker crushed students to returning from school to death.

According to the report , a woman lost 4 of her children and another one lost 3 children and more dead bodies yet to be recovered.

My condolence to the affected families

May God grant the souls of all the students involved rest and give the parents the courage to bear their loss.” 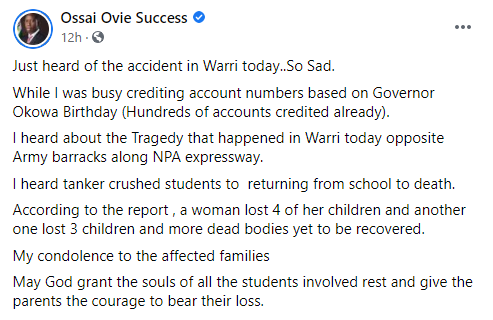