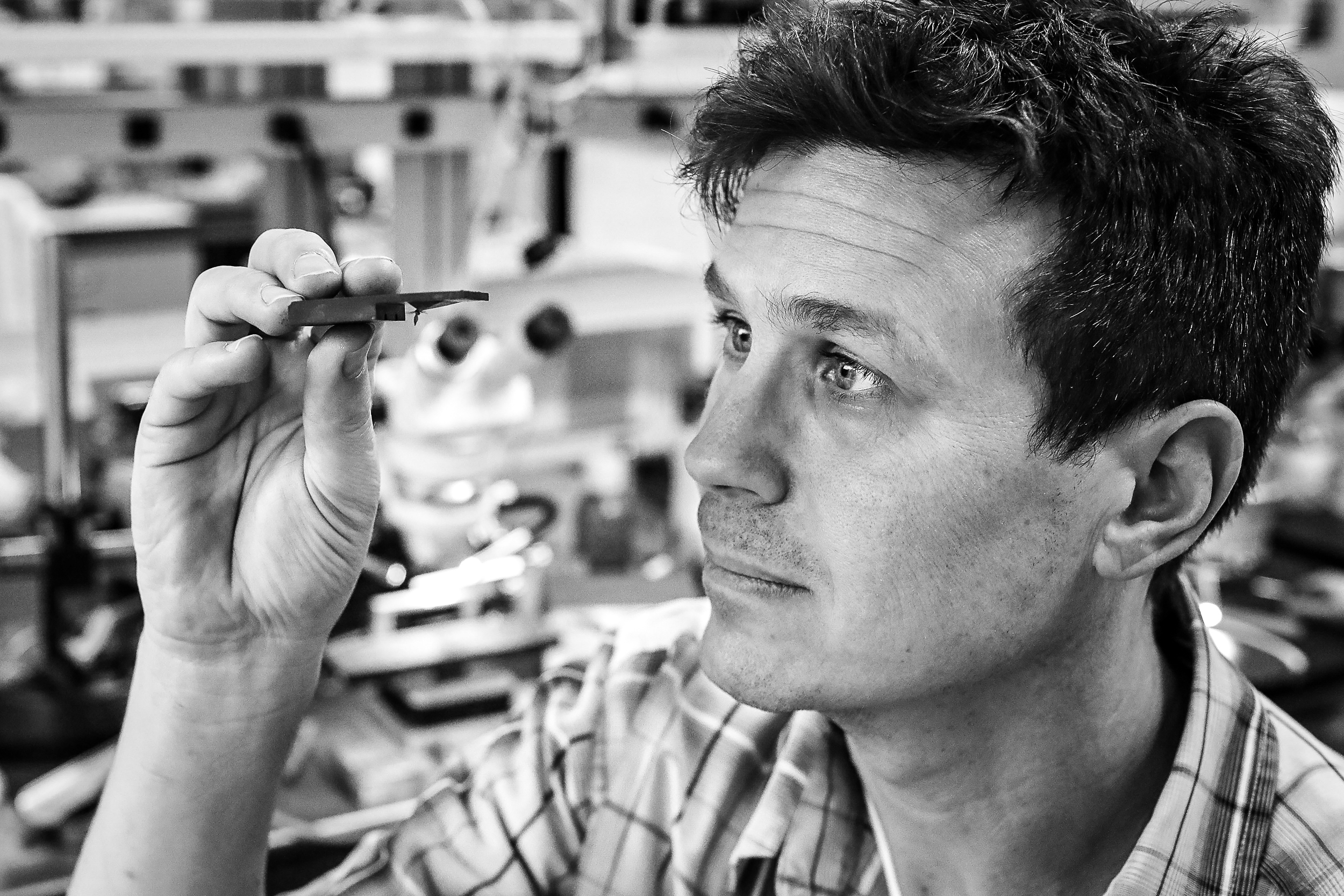 A whiff of your breath alerts them you’re near, activating their vision.

Then, a flash of red — the hue of your skin — tempts them closer.

Now inches away, the heat and moisture radiating from your body cues them to land — and bite.

That’s the complicated process female Aedes aegypti mosquitoes go through for a taste of your blood, according to Jeff Riffell, a professor of biology at the University of Washington who leads a research group examining what attracts the pesky insects to people.

In a paper published Friday in the journal Nature Communications, Riffell’s team examined mosquito vision, finding in a series of experiments that the insects were attracted to certain colors, including red and orange.

In one experiment, researchers set up a wind tunnel that allowed the mosquitoes to fly freely as an array of video cameras recorded their every move.

“When you stimulated them and gave them a little puff of CO2 and there was a red cue, they would go to it and be attracted to it,” Riffell said. “These are the same colors reflected from your skin.”

The smell of carbon dioxide — the gas we exhale — triggers mosquitoes’ vision.

Aedes aegypti mosquitoes are a public health scourge that infect people with diseases like yellow fever, dengue fever, West Nile and Zika. Research that homes in on how they home in on us could help develop traps to eradicate populations of these mosquitoes and give people new tools to prevent being bitten.

In earlier experiments in Riffell’s lab, researchers cut into genetically modified mosquitoes’ brains, giving the researchers a view through a microscope of their neural processes. The mosquitoes were modified so that when neurons were activated, their cells would glow fluorescent green. Researchers found that carbon dioxide stimulated neural activity in the optical areas of their brains.

In other words, the smell of carbon dioxide enhanced their vision.

But relatively little was known about what the world looks like through the eyes of a mosquito.

“The one aspect that we’ve been studying now for a while is color vision in the mosquitoes,” Riffell said.

The wind tunnel experiment suggests that mosquitoes can sense and differentiate between certain wavelengths of visible light that people perceive as color. The mosquitoes were drawn to orange, red and cyan. They didn’t care for white, green or purple.

Red is at the high end on the spectrum of visible light and has longer wavelengths.

“There’s relatively few insects that have these receptors that can see into these far wavelengths,” Riffell said.

That’s important, because of how light interacts with human skin.

“No matter what your pigmentation or your skin tone, everyone is reflecting a really strong signature in the reddish color spectrum,” Riffell said.

Another experiment bolstered the case.

Once again, mosquitoes were allowed to fly freely in a cage and given a hit of carbon dioxide. This time, volunteers displayed their hands against a window pane designed to prevent any body heat or any odors from reaching the insects.

Some volunteers pushed their bare hands to the glass; others did so while wearing a white glove. The mosquitoes were much more likely to fly toward the bare hand.

Separately, the researchers used an optical filter to block long wavelengths when the human hand was displayed. When red was removed, the mosquitoes were less attracted.

Riffell said it’s not clear if mosquitoes see color like humans, or if they have a more basic vision system.

“We’re testing that now, in terms of whether or not they have true color vision,” Riffell said. “Can they discriminate between red and orange?”

Why mosquitoes are attracted to the color cyan remains a mystery. More research is needed, Riffell said. The researchers are also trying to dive deeper into how mosquitoes’ brains process color.

The research opens up intriguing possibilities.

“Can we make ourselves invisible to the mosquitoes? One way to do that might be just to block that red band we’re emitting from our skin,” Riffell said.