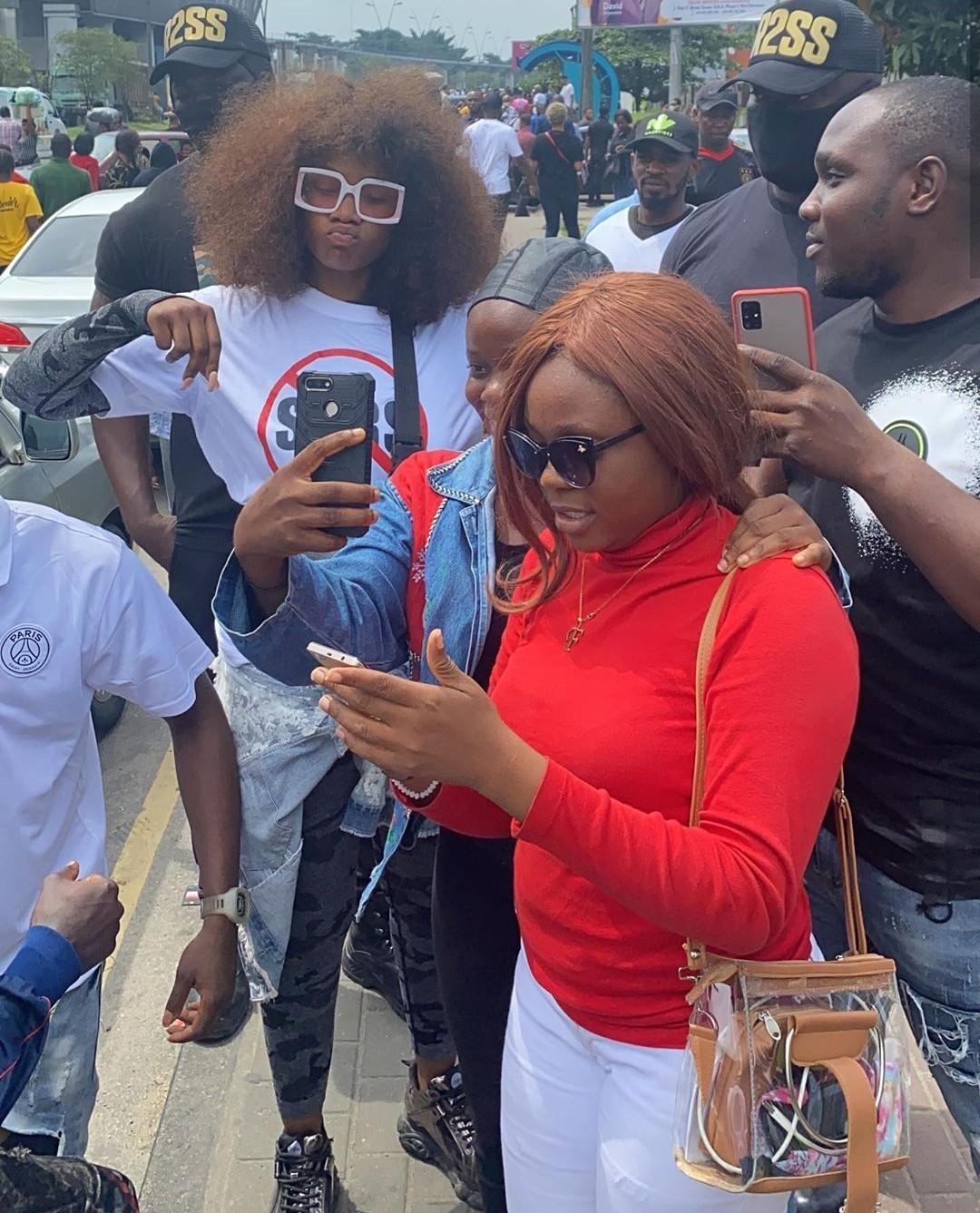 Despite the ban placed on protest in the state by the Governor, Nyesom Wike, Port Harcourt youths still stormed the streets with their placards to express their bitterness over police/sars brutality.

During the protest, Tacha was seen taking pictures with some of her fans who were taking turns to pose with her.

This annoyed some of the protesters who quickly told her to move away with her fans and allow them concentrate on what they came to do.