Nigerian singer, Davido has been trending on social media after he stormed Abuja to demand for the release of some protesters who were locked up.

During the movement, he led some other Nigerians to beg for the release of 20 innocent protesters. 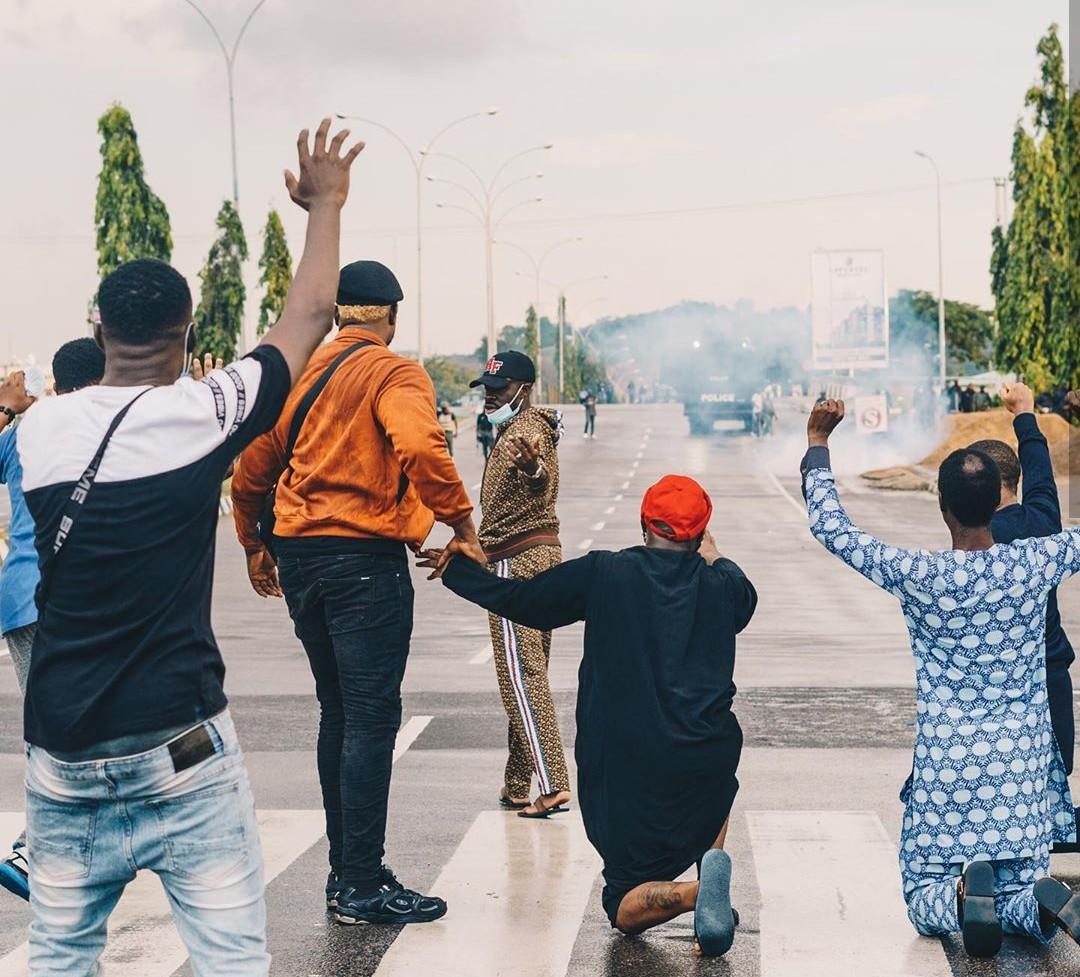 As Davido marched along with his boys, the police officers made a strange move, and Davido almost ran away from the scene. He however stopped when he discovered that he was safe.

Afterwards, he went down on his knees and begged them to release the protesters who did nothing wrong to deserve being locked up for a long time.