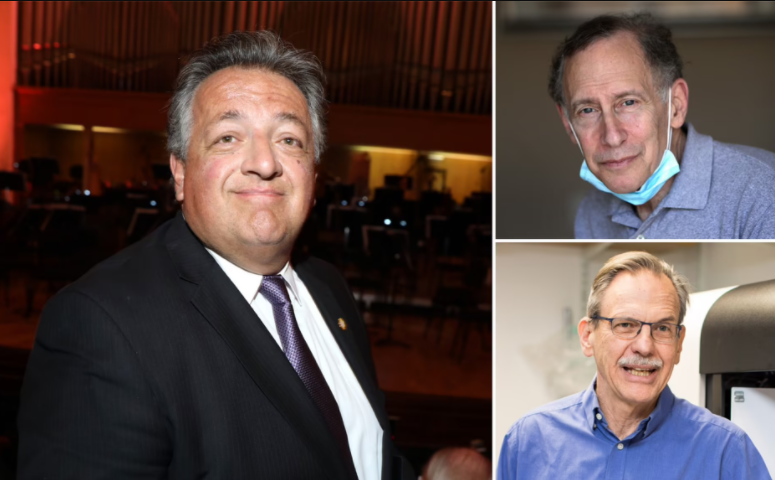 Three billionaires with stakes in Moderna, co-founders Noubar Afeyan and Robert Langer, and investor Timothy Springer, have made it onto Forbes’ list of the 400 richest Americans this year after after cashing in on the pandemic with COVID vaccine.

Each of the men is worth over $3.5billion, and they were added to Forbes’ list on Tuesday October 5, based on SEC documents, stock prices from September and other financial records.

Since Moderna’s COVID-19 vaccine was approved by the US Food and Drug Administration, 152 million doses have been administered.The company was the first to test the vaccine on human subjects.

Although the pandemic destroyed hundreds of millions of jobs worldwide, the 400 richest people in the country saw their fortunes grow by a collective 40 percent, according to Forbes.

The publication’s latest list featured the most new names since 2007, most of them in the finance, tech and health care industries.

Afeyan, 59, Moderna’s current chairman, ranked 212th with a net worth about $3.7 billion as of October 6, according to Forbes. The engineer, who was born in Beirut to Armenian parents, moved to Montreal during Lebanon’s civil war in 1975.

He has helped start more than 70 life sciences and technology businesses, and owns shares in 12 publicly-traded biotech companies, according to Forbes.

Springer invested $5million in Moderna and now owns 3.5 percent of the company’s shares. Presently, the Harvard Medical School professor is worth $4.4 billion, and is ranked 176 on the list. He owns shares in three smaller biotech firms: Selecta Biosciences, Scholar Rock and Morphic Therapeutic.

Langer, number 222 on the list, owns 3 percent of Moderna’s shares and has never sold one. The Massachusetts Institute of Technology professor is worth $3.5 billion.

Ex Gov Yari’s in-law, one other abducted in Zamfara