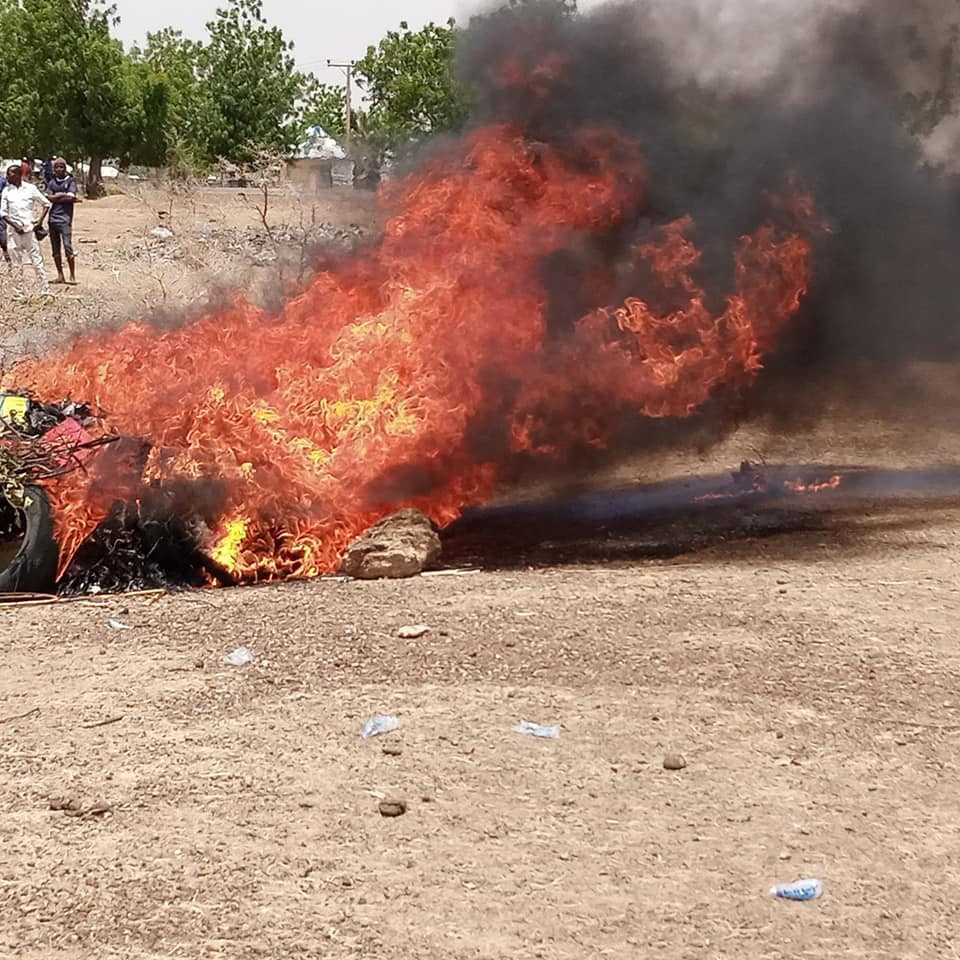 A suspected kidnapper was on Thursday, June 23 set ablaze by an irate mob in Obosi community in the Idemili North Local Government Area of Anambra State.

Eyewitnesses say the incident happened when a combined team of Obosi youths and security operatives accosted the gangsters and demanded to search the Sports Utility Vehicle they were driving in. During the search, their victims, a husband and wife, who were just kidnapped by the gang, were found inside the vehicle and rescued instantly.

The suspected kidnappers were said to have opened fire on the mob, who replied them with “fire for fire” until they were overpowered. One of the kidnappers was shot dead during the crossfire and his body was burnt by the mob.

Confirming the incident, the President-General of the Obosi Development Union, Ikechukwu Okolo, said the town union, in collaboration with the Royal cabinet, specifically set up the combined team to counter the menacing activities of these hoodlums who had been terrorising law-abiding citizens of the area.