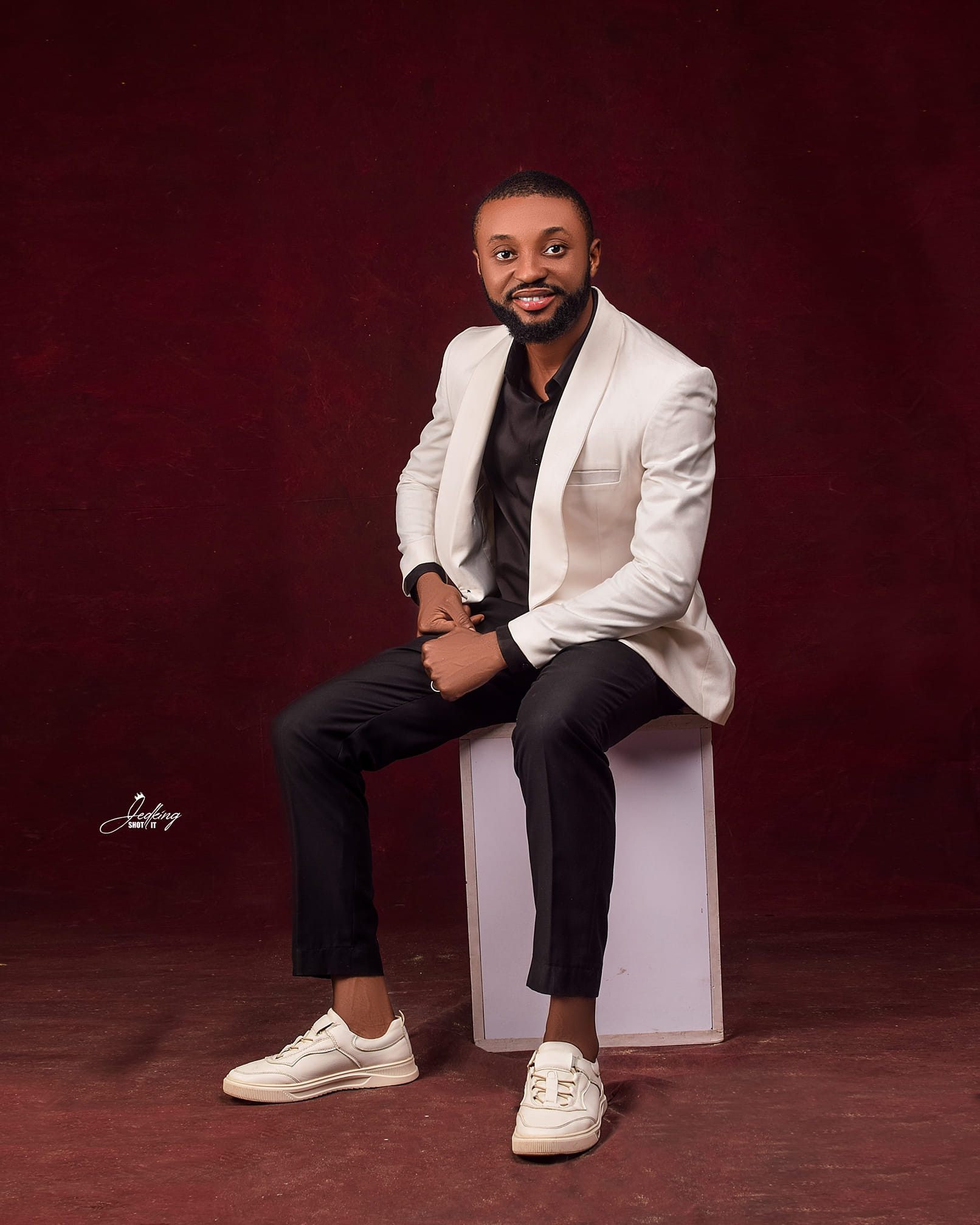 President of Yenagoa Federated Youth Council and a media aide to the Bayelsa State Govenrment, Peres Ineife, has suggested writing to the State Commisioner of Police to arrest underage girls in nightclubs as a way of reducing teenage pregnancy.

However, the suggestion generated mixed reactions from some Bayelsans. While most agreed with his suggestion, others expressed reservations.

Francis Ebipade wrote: “My comrade, this underage girls na our big men dey bank roll them so I doubt if the arrest will be effective. Ps:you know police wahala.”

“Yes na. In addendum, the Yenagoa Youth Council under your able leadership should sponsor a Bill in the State House of Assembly to that effect. The bill will cover all the issues, concerns, observations and opinions raised by commentators in the lead post” Meshak wrote.

However, one Calabar Arimieye said:  “It’s a good one though, but trust me, most of our top politicians are fond of carrying this underage girls, so they wouldn’t allow this to fly.”

“My friend even parents do take their children to clubs for fun and otherwise. Firstly will their age be probe before they enter the club or they will be arrested and taken to the police station before their age will be probed,” writes Ayibaefiye.

“Night clubs are not even the causes of teenage pregnancy and should I also inform u that the police in Nigeria are very corrupt and u are thinking of a new method to put food on their table. They will be arresting people unnecessarily, they will also demand money from the persons before they will be released even the person is under age or not. It will be another means of livelihood and extorting process of the police from the ordinary citizen.” he added.

On his part, Dipio Fekete said the “nightclubs will be boring without pointed breasts” 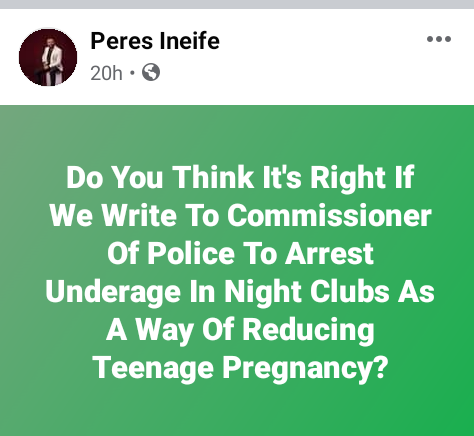 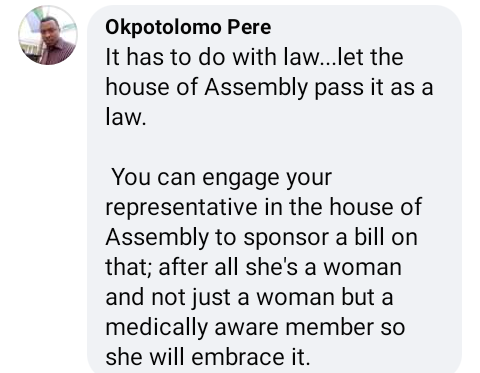 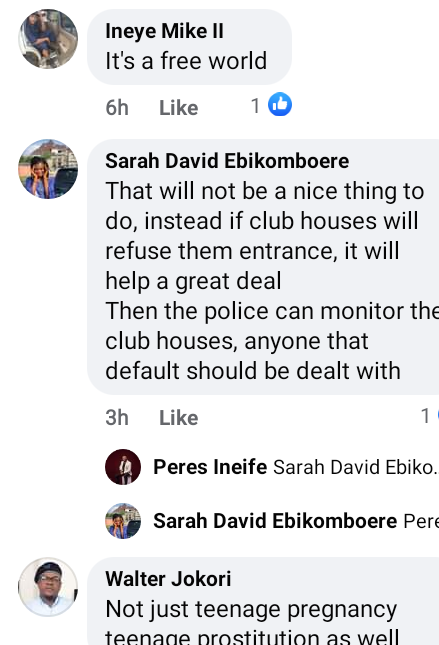 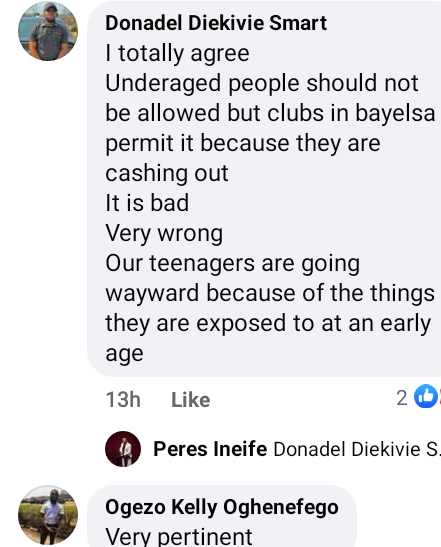 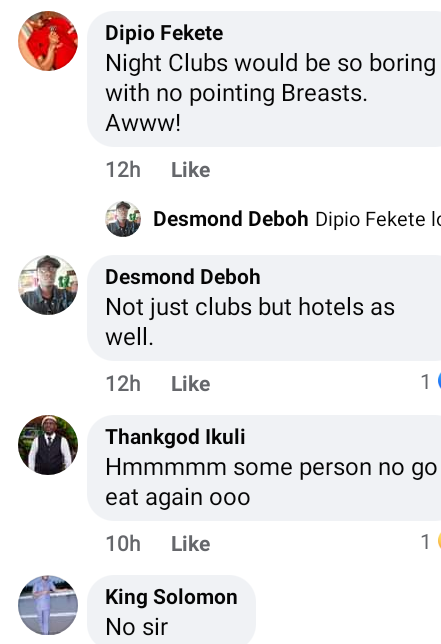 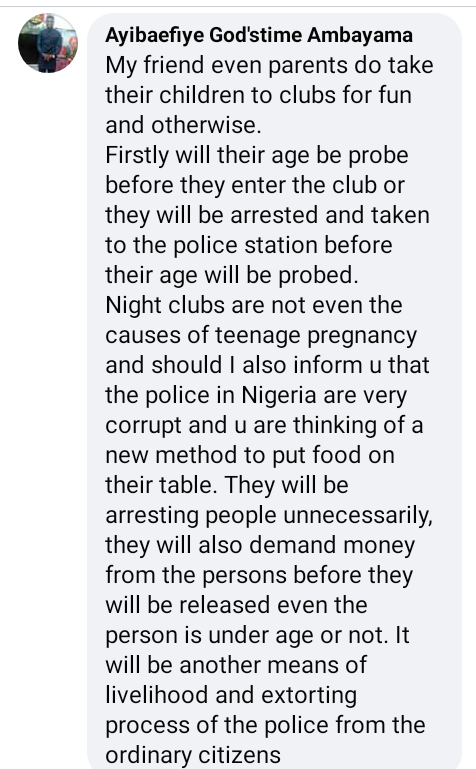 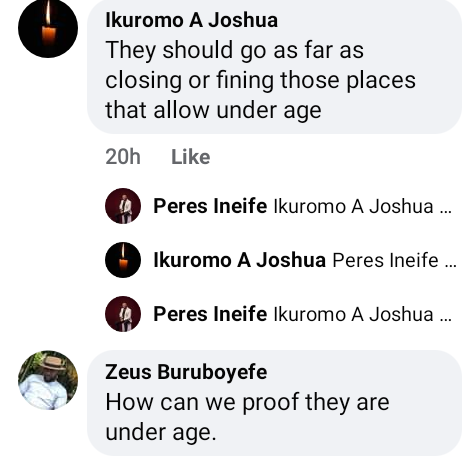 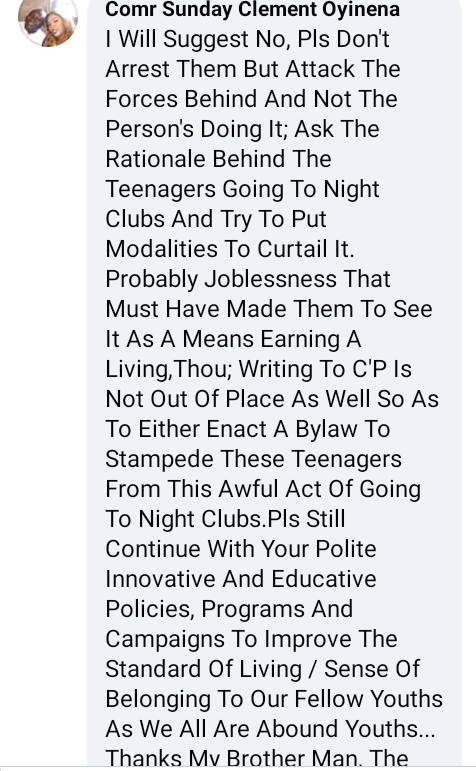 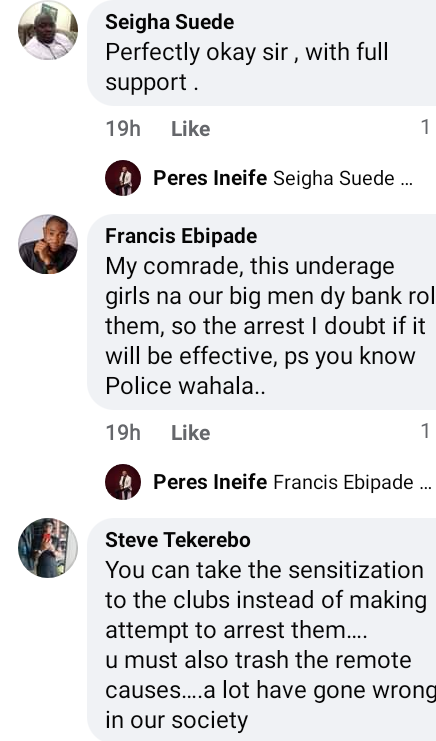