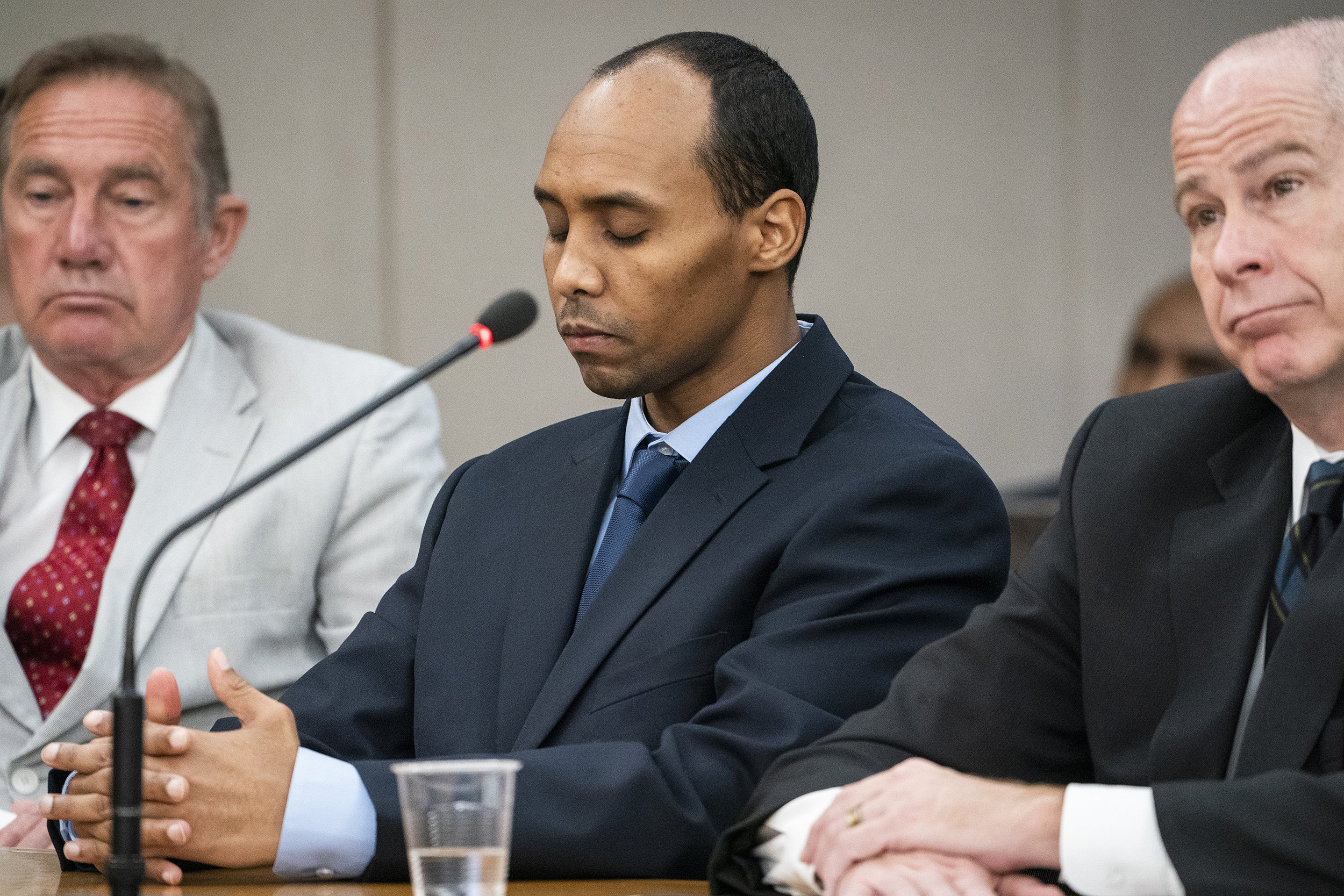 Noor was also convicted of second-degree manslaughter in the death of Justine Ruszczyk Damond on July 15, 2017, and that verdict still stands.

The former officer will be re-sentenced for the manslaughter conviction alone, as opposed to the 12 1/2-year penalty handed down to him in 2019 for murder.

Noor should be sentenced to four years in prison for manslaughter, according to his appellate attorney Peter Wold.

The former officer should be eligible for release after doing two-thirds of his time, meaning he could be free by the end of this year, the lawyer said. Noor has been behind bars since he was convicted on April 30, 2019.

“I talked to Mo this morning. It’s relief, great relief,” Wold told NBC News. “He has a young son and it’s time they get back together.”

The high court ruled that prosecutors did not prove that Noor had acted with a “depraved mind, without regard for human life,” which would be needed for the third-degree murder conviction.

That statute has always been used in cases when a defendant is accused of endangering multiple people and not targeting a single individual, according to the court.

Prosecutors had argued Noor fit that description because his fatal shot at Damond could have also wounded the officer’s partner or a passing bicyclist.

The court ruled it was clear Noor was only targeting the woman he killed.

“In sum, our precedent confirms that Noor is correct in arguing that a person does not commit depraved-mind murder when the person’s actions are directed at a particular victim,” according to the opinion by Chief Justice Lorie Gildea.

“The particular-person exclusion is simply another way of saying that the mental state for depraved-mind murder is one of general malice.”

Damnod had called 911 that night believing she heard a woman in her neighborhood being assaulted. When Damond went outside to greet police, she startled the responding officers, Noor and partner Matthew Harrity, the officers said.

Noor fired one shot, killing the innocent 911 caller Damond. Police were never able to conclude that there had been an assault in Damond’s neighborhood.