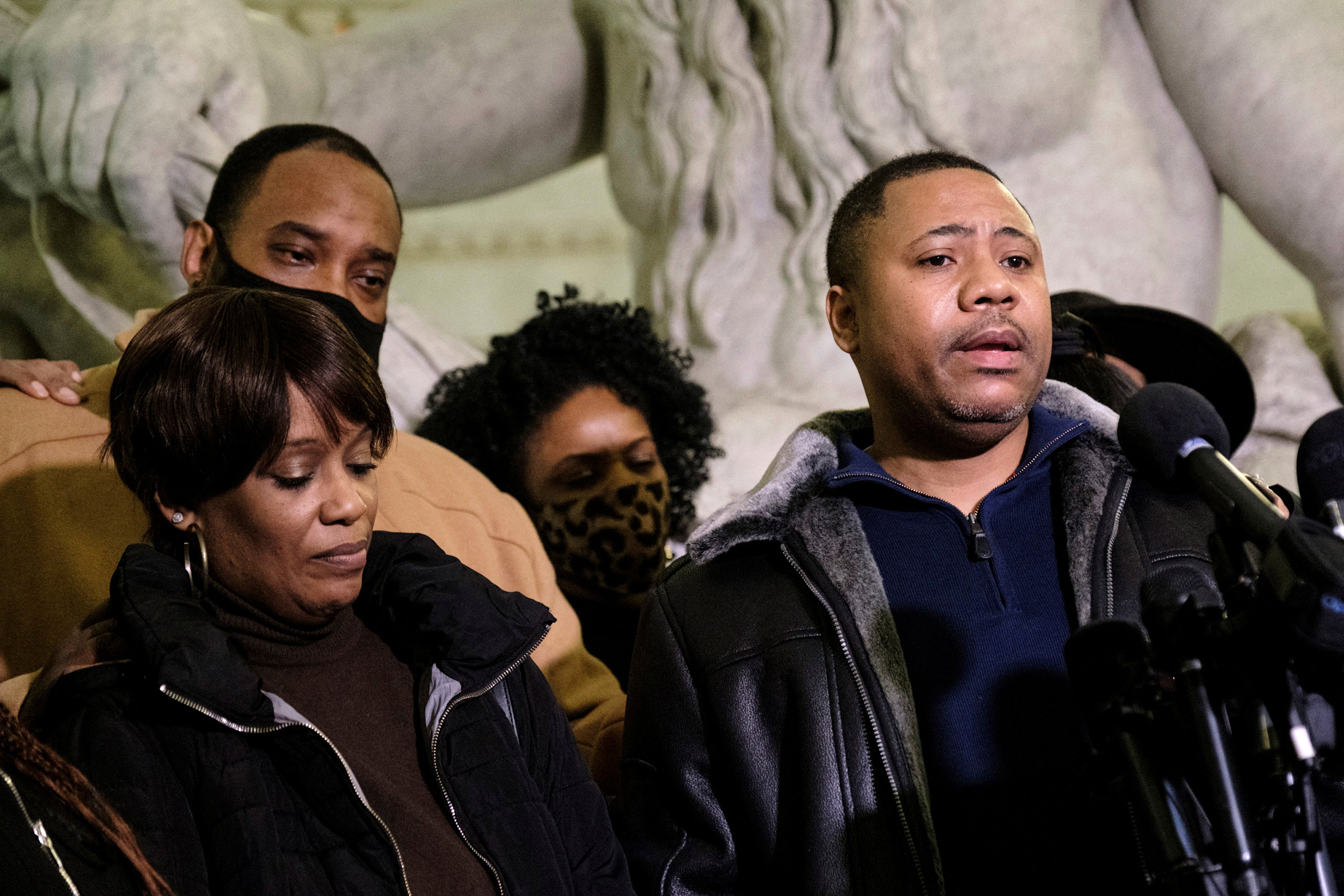 Minneapolis’ mayor on Friday ordered an immediate halt to “no-knock” warrants after the fatal shooting of Amir Locke in his home this week.

Locke, 22, was fatally shot by a Minneapolis police officer at 6:48 a.m. Wednesday as officers carried out a warrant related to a homicide investigation in St. Paul, police have said.

The death of Locke, who is Black, brought fresh scrutiny to no-knock warrants and the use of force by police.

Police have said that before he was shot, Locke, who was on a couch, had a handgun that was pointed in the direction of an officer.

Bodycam video appears to show officers using a key to enter the apartment, entering, shouting “search warrant” and warning to get on the ground. It also shows a person partly covered by a blanket rise from a couch with a handgun.

Amir’s family and attorneys say he had a license to carry the handgun to protect himself while doing deliveries, that he was a deep sleeper and was startled by the entrance by police, and that he reacted like any law-abiding person would.

“No matter what information comes to light, it won’t change the fact that Amir Locke’s life was cut short,” Minneapolis Mayor Jacob Frey said in a statement announcing the moratorium.

He said that the only way for officers to execute a warrant is the “knock-and-announce” approach, which includes knocking, announcing, waiting a reasonable amount of time and only then entering.

In order to execute a no-knock warrant under the moratorium, the city said in its statement, “there must be an imminent threat of harm to an individual or the public and then the warrant must be approved by the chief.”

A St. Paul police spokesperson said in a statement Friday that it asked Minneapolis police to serve three warrants at a Minneapolis apartment complex that had been signed by a judge.

“Each agency has its own protocols and policies for serving search warrants. The agency responsible for serving the warrant determines what tactics that will be used,” the police spokesperson said.

In November 2020, Frey and the Minneapolis police chief at the time announced policy changes regarding no-knock warrants, which was one of several changes following the murder of George Floyd, a Black man, by a white police officer.

A no-knock warrant was also used by police in Louisville, Kentucky, which ended in the death of Breonna Taylor, a Black emergency room technician, in 2020. That killing sparked widespread outrage and protests.

Three police officers were fired following the Louisvillle raid. One of those officers, Brett Hankison, was criminally charged after bullets went into a neighboring apartment. A fourth officer retired.

Locke’s family said he has no criminal record and comes from a family with law enforcement ties. His mother, Karen Wells, said Friday that “never in a million years” would she have thought her son would be killed by the police.

“I believe that he was executed by the MPD,” she said. “And I want the police officer that murdered my son to be prosecuted and fired.”

The Minnesota Bureau of Criminal Apprehension is investigating the shooting. Authorities have promised a transparent investigation.

The officer who fired the shots is on paid administrative leave, which is department policy, police said.