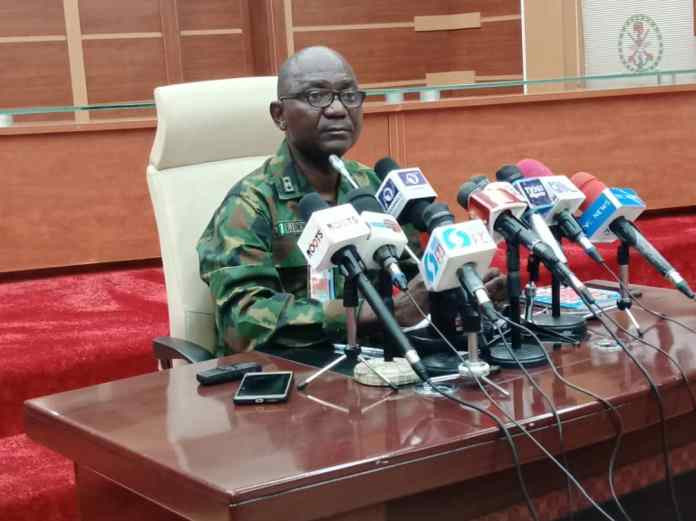 The Nigerian Defence Headquarters says it is on red alert over reported planned attacks by Boko Haram sect members in Abuja, Nasarawa and Kogi state.

An intelligence report released by the Nigeria Customs Service suggests that members of the sect have erected camps in some parts of Abuja, Kogi and Nasarawa state with plans to stage an attack in these areas. Read the report here.

In a statement released on Sunday, September 6, the Coordinator Defence Media Operations Defence Headquarters, Major General John Enenche, said the Armed forces and other security agents are working to forestall any attacks. He also appealed to Nigerians to remain vigilant and report any suspicious activity accordingly.

The Defence Headquarters wish to reassure residents of FCT and other adjoining States that the Armed Forces of Nigeria and other security agencies have been on red alert to combat crime and ensure effective surveillance of the Federal Capital Territory and other States of the country.

This is imperative sequel to a purported memorandum from the Nigeria Customs Service warning its staff on a possible attack on the FCT.

The Armed Forces of Nigeria working together with other security and response agencies particularly the core intelligence agencies hereby assure the general public that preventive and preemptive intelligence are ongoing.

The general public is thus advised to go about their lawful businesses undeterred.

2. Furthermore, the Armed Forces of Nigeria and other security agencies wish to assure the general public that the offensives against the common enemies of this Nation will not cease until normalcy is restored in all parts of the country.

Hence, the general public is equally enjoined to remain vigilant and report any suspicious activity accordingly.”