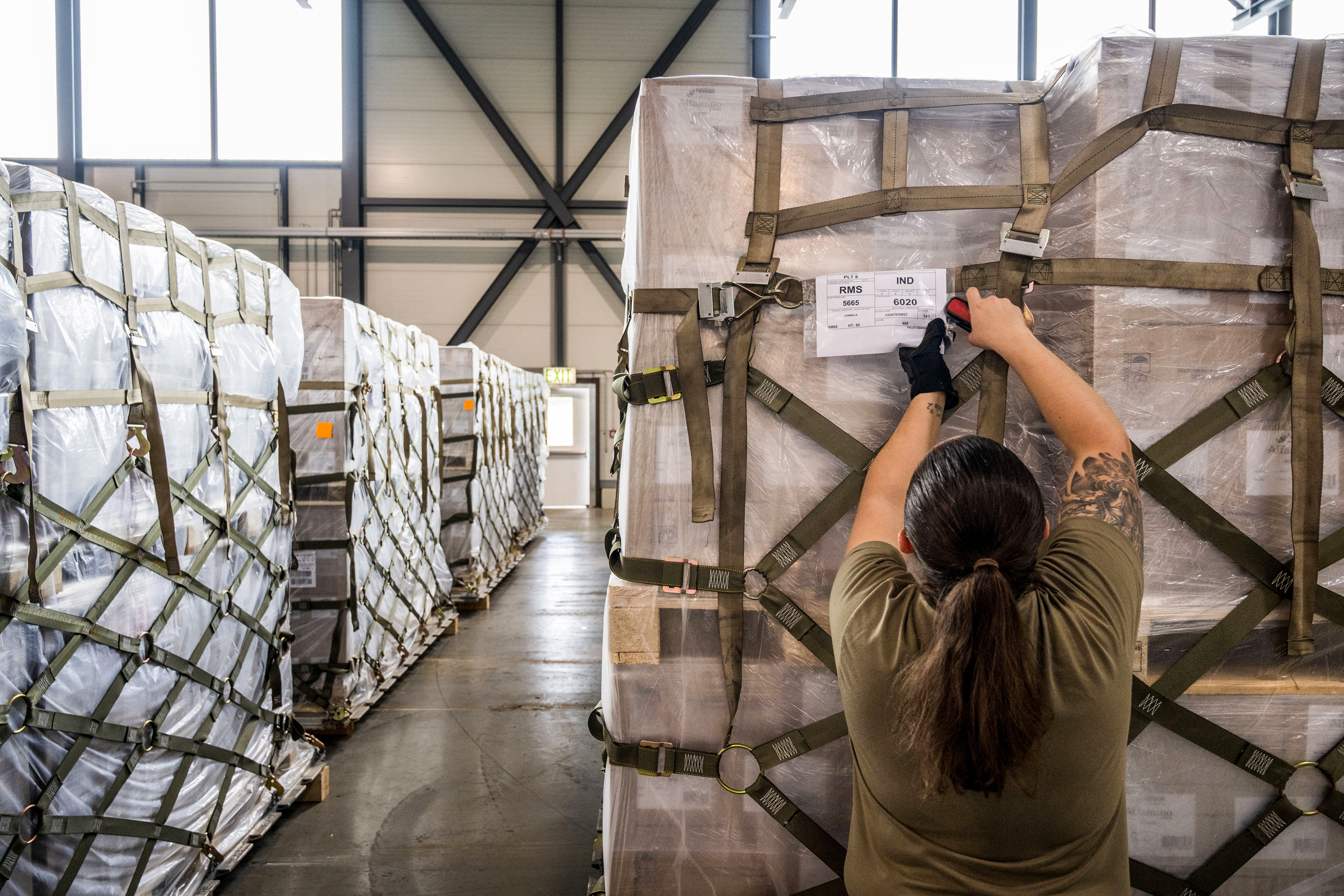 WASHINGTON — The first flight of baby formula from Europe arrived at an Indiana Air Force base Sunday as the White House tries to address a crippling shortage.

Agriculture Secretary Tom Vilsack greeted the arrival of a military aircraft carrying 78,000 pounds of formula flown in from Germany in what the government has dubbed Operation Fly Formula. President Joe Biden authorized the program to import formula from abroad last week.

More flights are expected in the coming days.

“Typically, the process to transport this product from Europe to U.S. would take two weeks. Thanks to Operation Fly Formula, we cut that down to approximately three days,” White House Press Secretary Karine Jean-Pierre told reporters aboard Air Force One Sunday, adding that “this formula type serves a critical medical purpose and is in short supply.”

Parents and even doctors across the country have been struggling to find baby formula. The shortage, which began in the early days of the Covid pandemic, has worsened in recent weeks due to labor shortages and the closure of a key manufacturing plant.

In February, the Food and Drug Administration said it was investigating certain powered formula made by Abbott Nutrition at a facility in Sturgis, Michigan after four infants who drank its products contracted bacterial infections.

The agency, which oversees food safety, and Abbott hope to have the Michigan plant up and running in the next few days, but the FDA has acknowledged it could take weeks for new product to hit grocery store shelves.

The White House said the European baby formula, produced by Nestlé, was made in an FDA-approved facility and will be inspected upon arrival like all imported foods.

“Due to the urgency of the situation, the Secretary of Defense approved U.S. military aircraft for this mission on Friday evening,” Jean-Pierre said, explaining the decision was made after commercial aircrafts were unavailable.

Meanwhile, President Joe Biden on Saturday signed into law a measure that would allow more formula to be purchased with funds from a federal program that helps low-income women and children.

Media personality, Pamilerin raises the bar for men again as he...