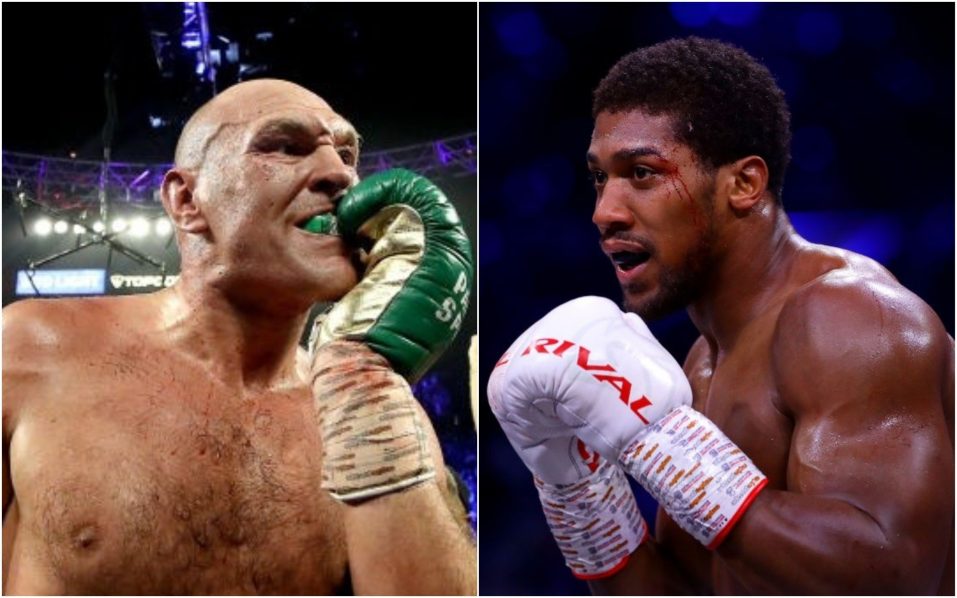 Tyson Fury and Anthony Joshua have agreed to a two-fight deal. (Photo by AFP)

Though venue and dates are still to be confirmed, heavyweight champions Fury and Joshua have signed a mega-contract for two fights and will put their titles on the line in an undisputed clash, with the first likely to take place this summer.

Fury has fought 30 times professionally and is yet to lose, but did get a controversial draw against Deontay Wilder in the first of their two fights, while Joshua has suffered one loss in 25 fights.

Tyson, who won his first world heavyweight title at the age of 20, and who remains the youngest fighter to be crowned heavyweight champion of the world, says Fury will remain unbeaten at the end of the scheduled fight against Joshua and believes the 32-year-old’s win over Wilder in February 2020 gives the Gypsy King an advantage.

“I f****** love Joshua, but I think Tyson is too elusive,” Tyson, who reigned as the undisputed world heavyweight champion from 1987 to 1990, told Haute Living. “He’s not going to be able to hit him.

“And if he doesn’t punch faster than Wilder he’s not going to f****** touch this guy.

“That’s just what I see. If Tyson Fury can get away from Wilder’s fast punches, Joshua might be in trouble,” added Tyson, who won his first 19 professional fights by knockout, 12 of them in the first round.

While Iron Mike believes Fury is the favourite, current heavyweight contender Dillian Whyte feels the fight between Joshua and Fury could go either way.

Whyte, in an op-ed for the BBC, wrote: “Joshua is strong, has good speed and he’s shown resilience coming back when he’s been hurt against other fighters.

“Against Andy Ruiz, he got knocked out, but he showed versatility second time around in the rematch, not taking any chances.

“Fury is very slick, has good reflexes and good movement for a big guy, but I’m not sure if he’s physically stronger. But he is taller and weighs more and has got more reach.

“He’s one of those guys that you think he’s about to lose a fight, but then he comes back. He’s overcome adversity and he’s beaten guys in fashions that you didn’t think he would have done.

“He draws with Deontay Wilder and then he says he is going to knock him out next time and he does. He went from a backfoot defensive fighter to a front foot offensive fighter.

“In my opinion, it’s a 50/50 fight because they have a lot of similarities and they can both adapt and modify their styles depending on their opponent, so it’s very difficult to say who will win.