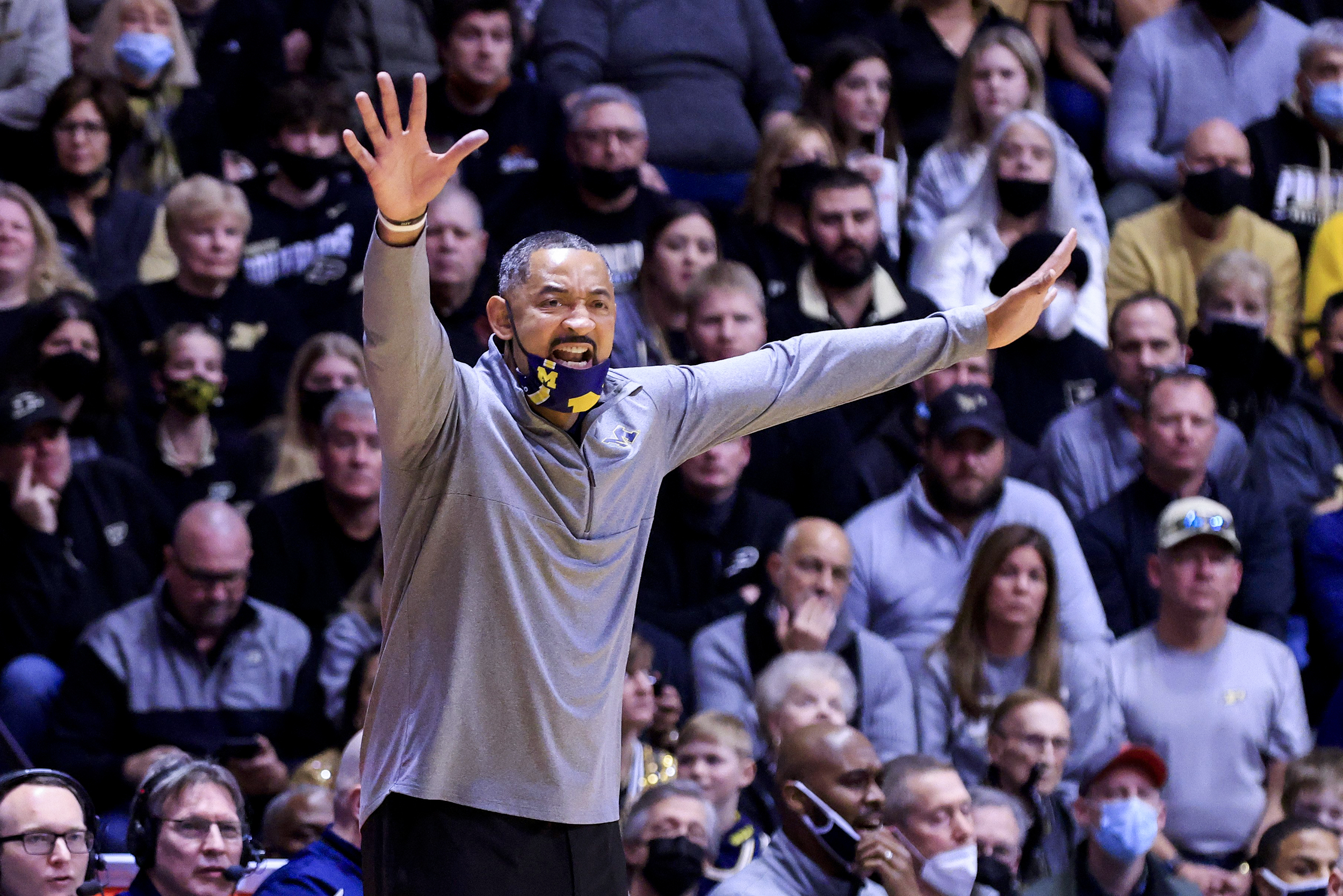 What seemed like a normal college basketball game devolved into a chaotic scene after University of Michigan head coach Juwan Howard and a member of the University of Wisconsin coaching staff got into a physical fight on Sunday.

Michigan lost to Wisconsin 77-63 and as the two teams shook hands at the close of the game, Gard appeared to grab Howard after it appeared Howard was slow to shake his hand.

Multiple reports suggested Howard, a former professional basketball player for the Miami Heat and a famed member of Michigan’s “Fab Five” as a college player, was upset that Gard called a timeout with 15 seconds remaining in the game and a 15-point lead.

In a video of the scuffle, Gard seems to grab Howard when he doesn’t offer a handshake and the two appear to have a heated exchange.

Players and coaching staff for each team begin to step in to separate the head coaches when Howard squeezes his way back into the center of the crowd and throws a punch, which appeared to connect with the head of Wisconsin assistant coach Joe Krabbenhoft.

A scene reminiscent of the 2004 “Malice in the Palace” incident then unfolds as players, coaches and others on the court become entangled in a scrum.

It appeared Howard had to be restrained by members of his team at least twice, according to video of the incident.

After the incident, during a press conference, Howard said he made a comment to Gard that he “would remember that,” in reference to the timeout Gard took in the final seconds of the game.

Howard went on to say that he was taken aback when Gard grabbed his arm.

“For someone to touch me, I think that was very uncalled for for him to touch me as we verbalized and communicated with one another,” Howard said. “And that’s what ended up happened. That’s what escalated.”

When asked what, in his view, had happened, Gard also referenced that Howard had been upset by the timeout.

“He did not like that when he came through the handshake line, so I’ll leave it at that,” Gard said.

On social media, the moment took off, with some making jokes about Howard and Gard’s scuffle and others, taking a more serious tone, calling for Howard to be suspended for multiple games due to his conduct.