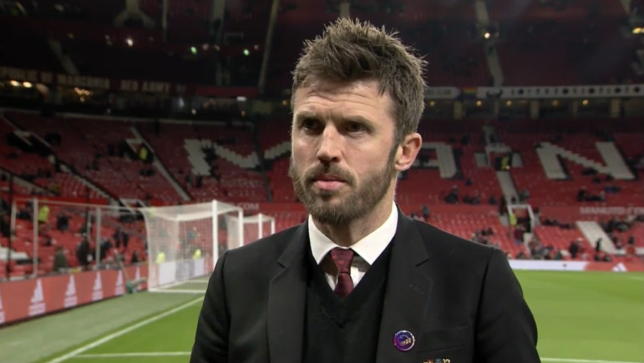 Michael Carrick has stepped down from his position at Manchester United immediately after guiding them to a win over Arsenal.

He successfully led United to victory over Villarreal before picking up a draw against Chelsea and a 3-2 win over the Gunners this evening.

Having served as First Team Coach under Solskjaer, many felt the former midfielder would be staying on to work under interim boss Ralf Rangnick.

But the 40-year-old says he now feels it’s the right time to step away from his duties.

Carrick said: “My time at this great club will always rank as the best years of my career.

‘When I first signed over 15 years ago, I never in my wildest dreams could have imagined winning so many trophies and I will certainly never forget the fantastic memories both as a player and as a member of the coaching team.

‘However, after a lot of thought and deliberation, I have decided that now is the right time for me to leave the club.

‘I want to place on record my thanks to all of the players and a special mention goes to the backroom staff, working long hours with such a great group of people has been a real pleasure and I have made some long-lasting friendships.’