“Unlearning” is now on Netflix and you do not want to miss it. 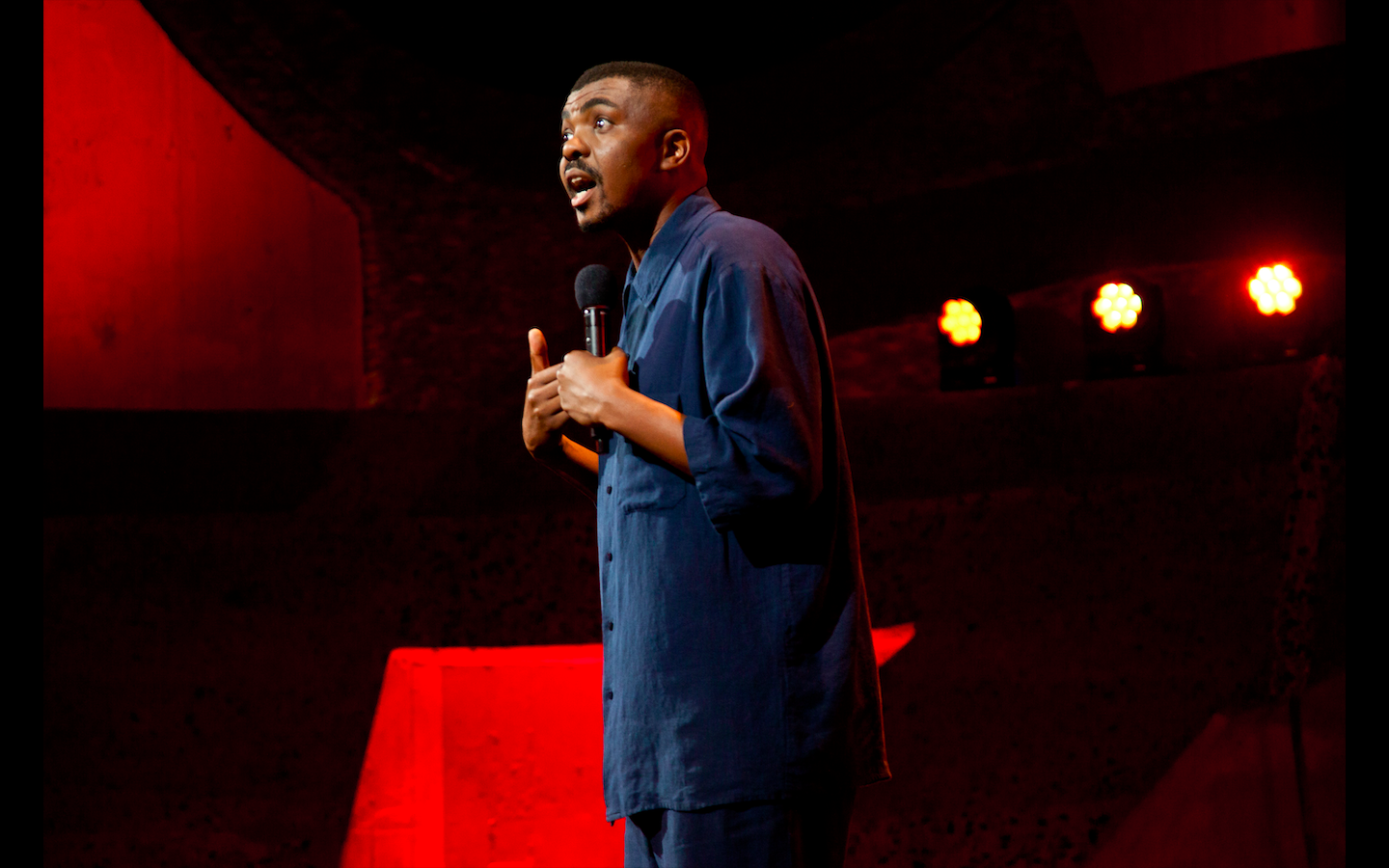 In 2018, Loyiso Gola made his Netflix debut alongside other South African comedians Tumi Morake, Loyiso Madinga, and Riaad Moosa in the streaming platform’s “Comedians of the World” series. Now, he is making history as the first African comedian to have a full solo hour stand-up comedy on Netflix.

In the comedy show, Loyiso explores his own experience of maturity and masculinity during apartheid in South Africa.

Gola, who was born in the Cape Town township of Gugulethu, discovered his talent for comedy when he was 17 and has been at it for 20 years.

“This show is by the far the coolest one… I feel this show is a reward for working for 20 years. If this show didn’t exist, I would have had to find another way to celebrate such a massive career milestone. This is my reward, I worked with my friends and I feel like we created a really great show,” he says of his career highlights.

He chose the title “Unlearning” to convey the message that everyone should examine what they know and what they’ve learned over time, “rather than accepting the norm, we could question and evaluate what we are taught.”

Generally, I feel that humans find it difficult to unlearn certain habits, traits and experiences that they have picked up throughout their lives, and so I feel like it’s a journey to unlearn how we deal with or approach certain things. 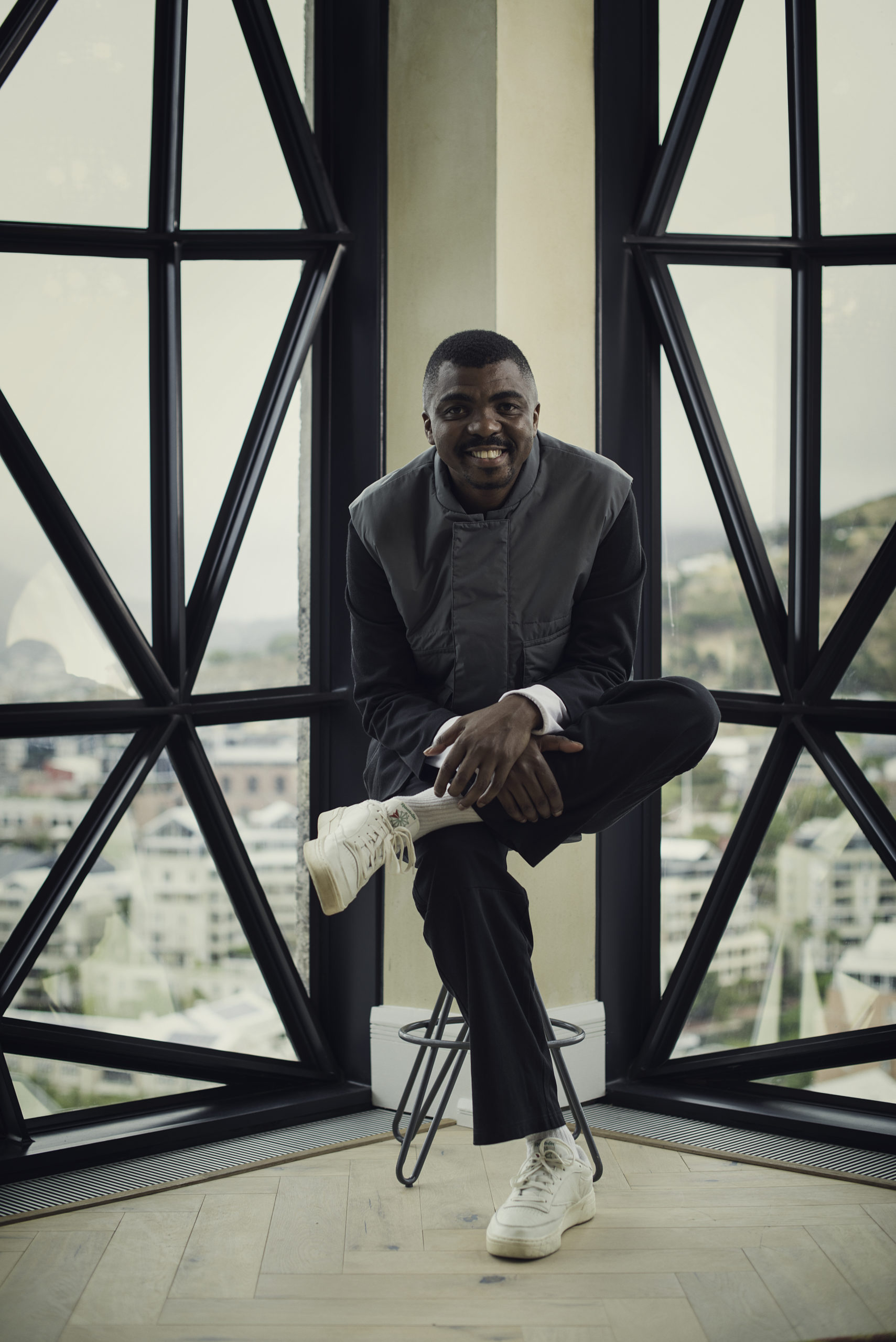 The special premiered at the Edinburgh Fringe Festival in 2017 and has since played at the MICF, London’s Soho Theatre, Grahamstown, and New York’s Soho Playhouse. Loyiso then took it to his hometown of Cape Town, where it was shot in front of a live audience at the Zeitz Mocaa, adhering to strict COVID-19 protocols.

So, before his “Unlearning” debut on Netflix, we did a Q&A with the comedian to find out more about who Loyiso Gola really is and his thoughts on comedy going digital without a live audience.

Can you tell us the meaning of your name “Loyiso”?

Loyiso is a Xhosa name that means “to conquer”.

What are some of the themes that come up in this show that you feel your audience will enjoy?

I believe people will definitely enjoy consuming the show, however, I don’t like to preempt or predict their reactions but rather allow them the time to watch and share their thoughts. It’s a very mixed show in terms of themes that different people can relate to.

People are going to watch this across the world, it’s a South African show by accident, but what I would like people to take away is what resonates for them. I would like to know that themes of ‘unlearning’ can be used by the audience in their own personal experiences.

With the reality of the coronavirus pandemic, do you think there’s a chance for standup comedy to go fullly digital, without  live audience?

Personally, I wouldn’t go the digital route. I would figure out a model, I would have shown for 40 days straight. For instance, if the restriction is 150, I would host that number for 40 days. One thing I’ve noticed is that people have a way of figuring things out.

With what you’ve experienced in 2020 and how your 2021 has been so far, what do you think we need to unlearn the most?

Comfort, people need to unlearn certain comforts and allow themselves to adapt. I lived in London and when I came back I got a place in Joburg, which is newly renovated, so it doesn’t have furniture. What I had to learn is how to use the space, I had to learn the rhythm of my life within that space and I had the perfect time to do so. So when I bought furniture for that place, I had that consideration in mind.

What advice would you give a young person hoping to start a career in standup comedy?

You have to have that ‘thing’, you can’t do it for any other motive other than liking this ‘thing’. If you like the ‘thing’, then everything that happens within that is enjoyable. The rewards come and sometimes they don’t, so you just have to keep going if it’s what you love. The reward should be that you are doing what you love. I am thankful that I can just tell jokes, and I love it. Not everything that you enjoy needs to turn to money, focus on the pleasure of it.

What are some of your current favourite things to do?

I enjoy basketball, I enjoy watching films, however, most of my time is ‘down time’ which I spend unwinding. I read a fair amount of books, particularly about things that I’m interested in, like football managers and the way they strategise.