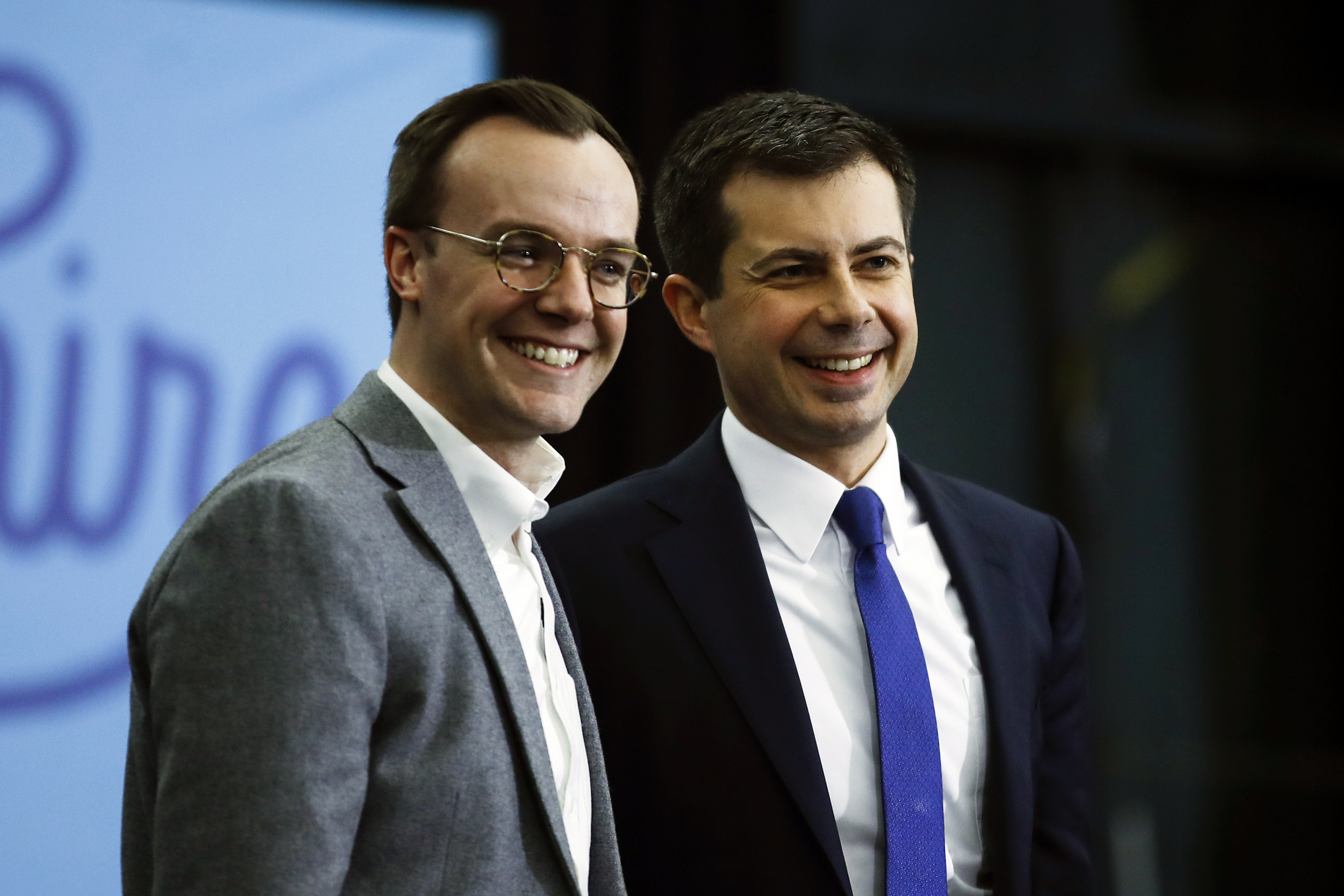 Pete Buttigieg made history in his long shot bid for the 2020 Democratic presidential nomination, coming the closest any LGBTQ American has gotten to a major party nomination. But in “Mayor Pete,” a new film documenting his campaign, the former mayor of South Bend, Indiana, recounts that running for president as a gay man was anything but easy.

Buttigieg, 39, a Harvard graduate, Rhodes Scholar and Afghanistan war veteran, stresses the difficulty he had in presenting his sexuality to a country that was largely unacquainted with openly LGBTQ politicians.

“The challenge from the get-go was how to be honest and proud, and yet how to do it without it swallowing who I was or what our campaign was about,” Buttigieg, who is now the secretary of transportation, recalled. “Because to some people it was a minor detail. To some people it was everything.”

NBC News was given early access to watch the documentary, which will premiere on Amazon Prime Video on Nov. 12.

While Washington buffs may devour some of its politically juicy moments — several scenes show Buttigieg’s communications director, Lis Smith, shouting at him during his debate prep — the film gives viewers an up-close look at how Buttigieg navigated and cemented his legacy in LGBTQ history.

At an event held by the LGBTQ Victory Fund, a group that trains, supports and advocates for queer candidates, in April 2019, Buttigieg said to a crowd that as he discovered his attraction for men, “it launched in me something I can only describe as a kind of war.”

“And if that war had been settled on the terms that I would have wished for when I was 15, or 20, or frankly even 25, I would not be standing here,” Buttigieg said.

Afterward, Buttigieg’s husband, Chasten Buttigieg, asked him if he was alluding to having had suicidal thoughts over his sexuality. Buttigieg denied that’s what he meant, the film shows.

“It kind of comes off that way, like, ‘I would have harmed myself’ … which is powerful, but you have to be really clear about it,” Chasten responded.

The film then pivots to an interview with Chasten where he says that his husband has “grown a lot” in terms of opening up and coping with “thousands of people putting their weight on you.”

Chasten, who gave up his job as a teacher to campaign with Buttigieg, is also seen throughout the film using his newfound platform to uplift and meet with LGBTQ Americans, particularly young people.

In one scene, he is seen taking questions from LGBTQ youths about how he deals with homophobia.

“I don’t think I ever assumed this would be the kind of life I would have. So I didn’t prepare for this moment by studying policy or politics and preparing to be in the limelight,” Buttigieg said in an interview with producers. “But what I am good at talking about is myself, and right now I think that’s enough for a lot of people.”

After sweeping to an impressive victory in the Iowa caucuses in 2020, Buttigieg became the first openly gay candidate to carry a state in a major party’s presidential primary contest. The film captured the behind-the-scenes moment where Buttigieg and his husband carefully deliberated how to use the groundbreaking moment to address young LGBTQ Americans.

“You’re going to tell every single gay kid in this country today that it gets better,” Chasten said shortly before Buttigieg addressed his supporters.

“It was people not connecting necessarily because he was a gay man, but because he could articulate why belonging mattered to him,” Jesse Moss, the film’s director, told NBC News. “Beyond all of the specific policies proposals Pete had, that was a resonate, powerful message.”

In one scene, a young supporter could be seen telling Buttigieg how he helped her come to terms with her diagnosis of autism.

“This year, I decided, ‘You know what? No. No more hiding. I’m just going to be myself,’ and you have been a huge inspiration to me,” she said.

Buttigieg replied with a smile, “You have nothing to be ashamed of, and I’m proud of you.”

Throughout the campaign, Buttigieg was met by hecklers shouting anti-gay remarks, which the film also captures. In one scene, a heckler dressed as Buttigieg can be seen whipping another, dressed as Jesus, while uttering homophobic interjections.

“School teachers all over America are telling their children: ‘Oh what a great example Mayor Pete is. You can grow up and be like him! Go ahead and experiment with your sexuality!’” another heckler told the film’s producers, speaking to the camera. “They could become addicted to sexual perversion and then end up trapped in a lifestyle that could cost them their soul.”

On the campaign trail, Buttigieg was frequently scrutinized for his inability to connect with Black voters, one of the Democratic Party’s most important constituencies.

Buttigieg acknowledged that it took him a “long time” to understand that he couldn’t simply “bridge” his experience as a sexual minority to the experience of being Black.

The issue was largely cited for Buttigieg’s failure to win in states beyond Iowa. After winning just 3 percent of Black voters in South Carolina, he dropped out of the race.

Shortly afterward, the film captured a call between Buttigieg and Joe Biden in which Biden can be faintly heard saying that Buttigieg has “enormous talent,” adding that all he needs is “exposure.”

When asked after dropping out if he thinks he’ll be president someday, Buttigieg said that while he “might be,” the enormity of the thought “could break you a little bit.”

“Any one of the stories I heard could touch off a lifetime of activism around a single issue. And yet you’re out there trying to take it all in and then trying to plan it all back out in a way that will help people share your vision and help you eventually be in a position to deal with the problems and do that without it tearing you up to where you don’t recognize who you are,” he said before pausing for several moments.

“So, I don’t know what that means for my future other than I just keep taking things on and growing,” he added. “But time is on my side — I hope.”