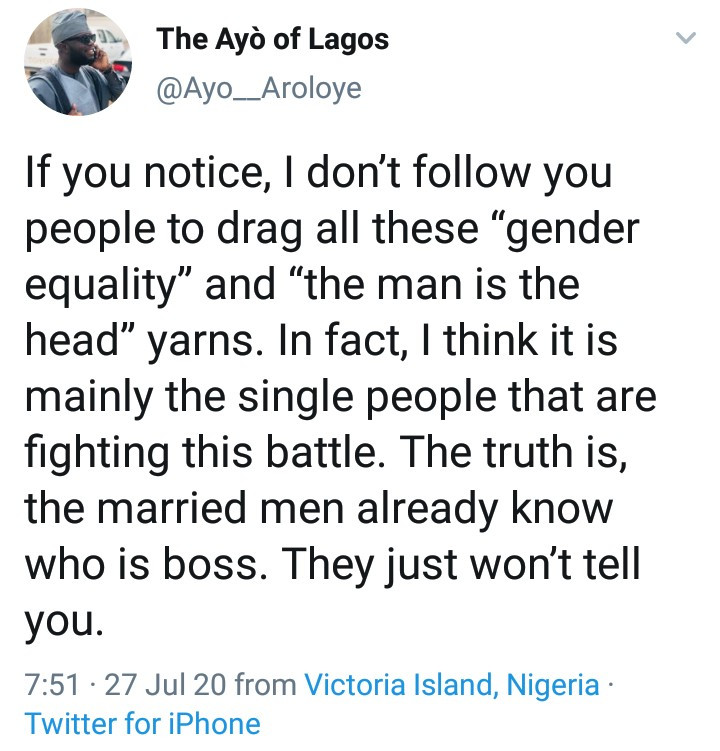 A married man has explained why he doesn’t get involved in the constant Twitter arguments about gender equality and headship in a marriage.

@Ayo__Aroloye said it’s mainly single people who fight over superiority in a marriage and married people don’t because experience has taught them that reality is different from people’s idea about marriage.

He tweeted: “If you notice, I don’t follow you people to drag all these “gender equality” and “the man is the head” yarns. In fact, I think it is mainly the single people that are fighting this battle. The truth is, the married men already know who is boss. They just won’t tell you.

“This morning, at about 5.30am I heard my son make all those funny baby noises from his crib. Apparently he had woken up a bit earlier than usual (usually wakes up at about 8-9am). Forming husband material, I crept up from the bed on my way to go and carry him and play small.

“Just before I got to the crib, I heard a loud voice from behind me “Go and sleep!” It was my wife. I managed to squeeze out a split second to look my son in the eye. He looked betrayed but that’s his own business. I ran back to the bed, covered myself and pretended to sleep.

“As I tried to sleep, I kept asking myself some questions “Did my wife, omo jesu, omo jeje, just charass me, a street boy, awon eyan makanaki?” I can’t even shout for help, the neighbors will think I’m the one inflicting pain not knowing I’m the one going through severe pain.” 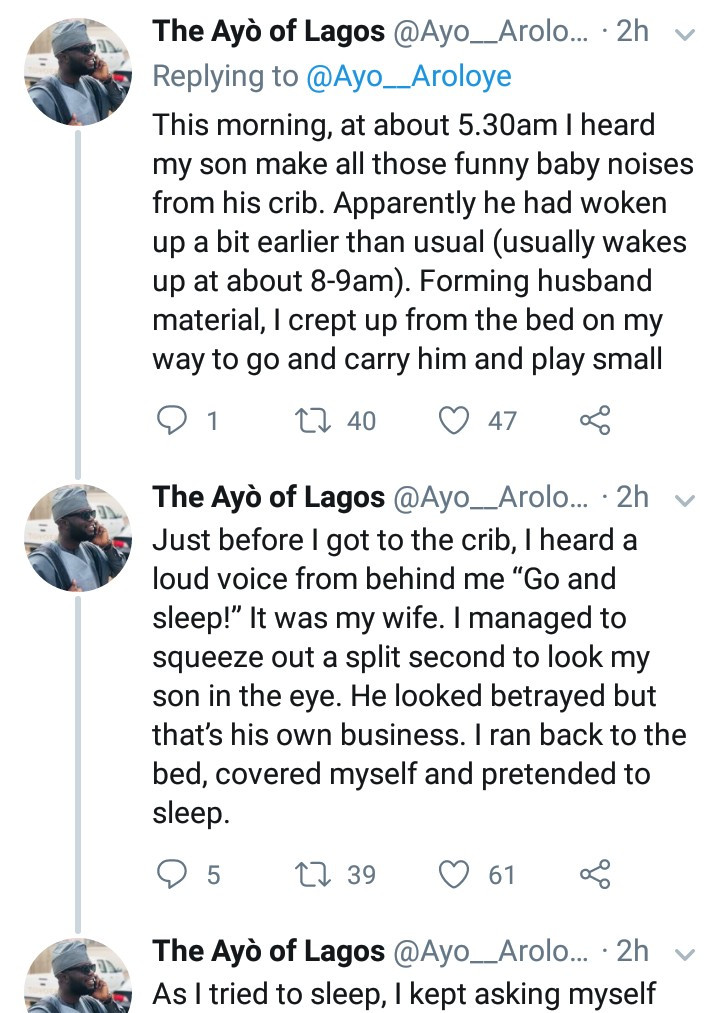 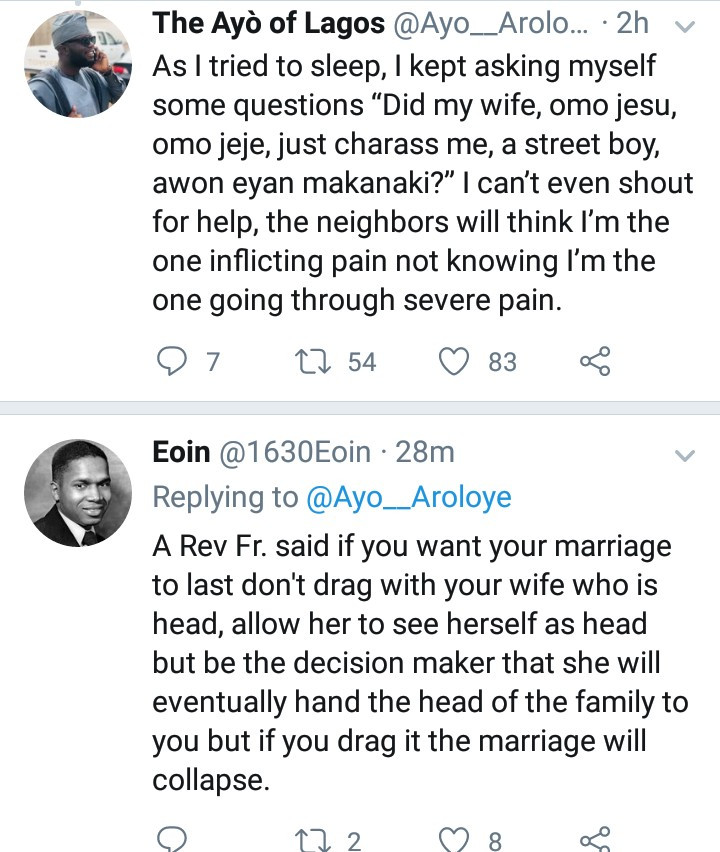 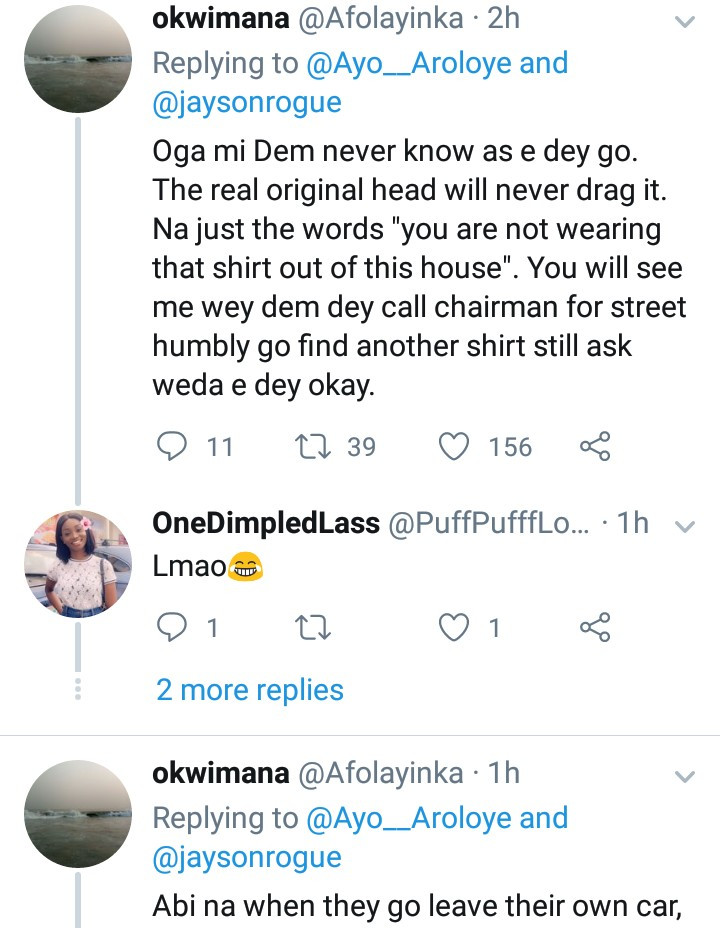 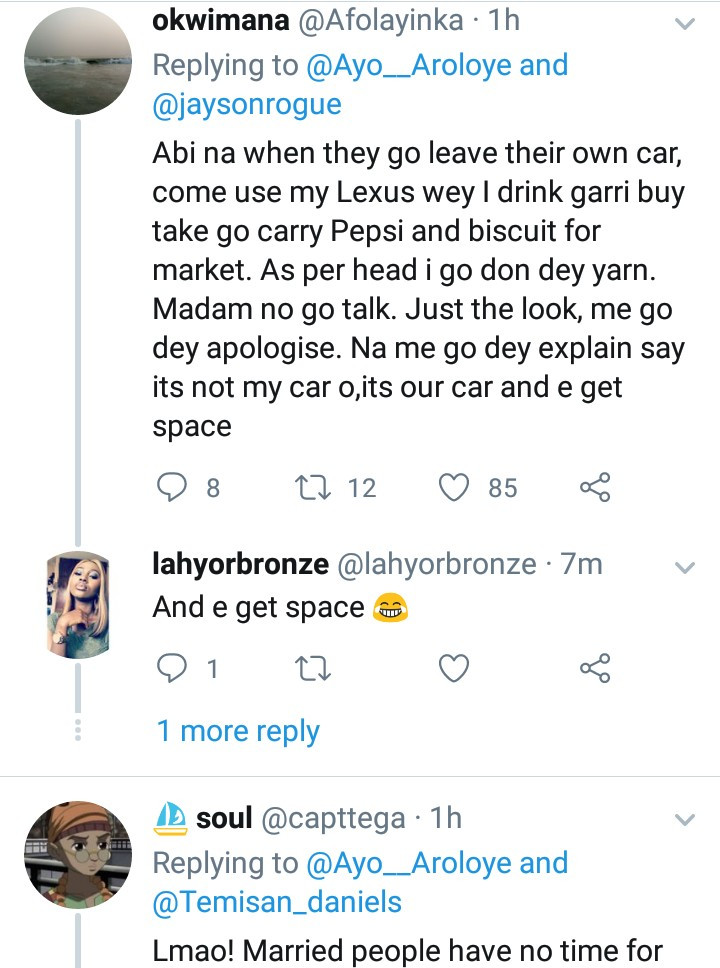 Why Buhari Sacked Service Chiefs And Appointed New Ones – Presidency

SUNDAY IGBOHO AND THE SOUR GRAPES: A Letter To Lady Olamide...