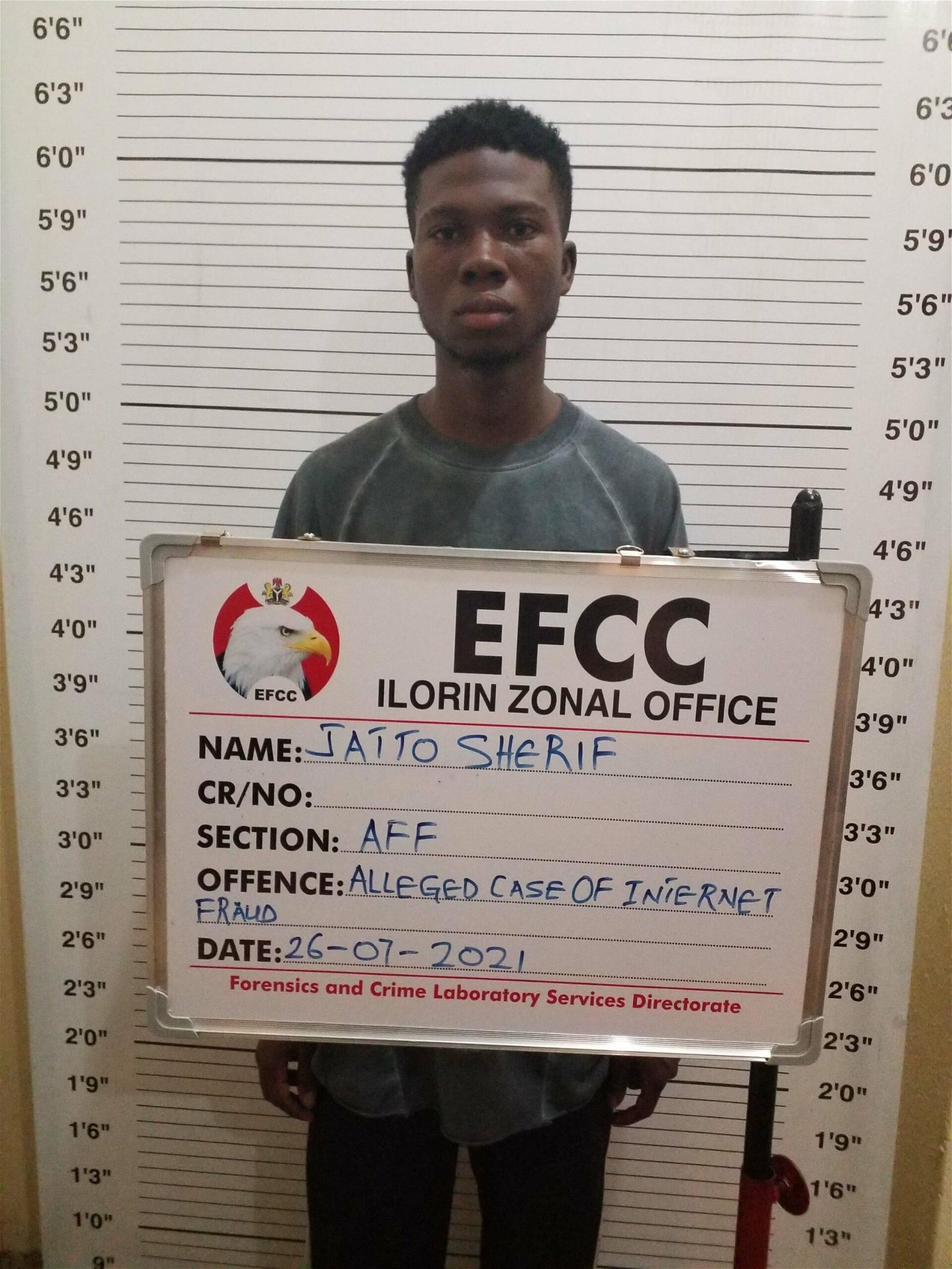 A 21 year-old internet fraudster, Jatto Sheriff Umar, who posed as the founder of Facebook, Mark Zuckerberg, in order to defraud unsuspecting victims via online relationship, has been convicted and sentenced to prison for offences bordering on impersonation and cybercrime.

The Ilorin Zonal Command of the Economic and Financial Crimes Commission, EFCC, also secured the conviction of four other persons for similar offences.

While the quartet of Jatto, Damilola, Taiwo and Mark were prosecuted before Justice Mahmud Abdulgafar of the Kwara State High Court sitting in Ilorin, Justice Adenike Akinpelu of the same Court, heard the case of Olayinka and Abiodun.

The defendants pleaded guilty to their separate charge.

The two counsel urged the courts to take notice of the confessional statements and the guilty plea entered by the defendants as well as the evidence tendered against them, which included the devices used in perpetrating the crime to convict and sentence them as charged.

Justice Abdulgafar sentenced Jatto (Zuckerberg’s impostor) to six months imprisonment each on count one and two, to run concurrently at Mandala Correctional Centre. The sentences are however suspended, but the convict would be reporting to official of the Correctional Centre. The court also ordered the forfeiture of his iPhone 12 pro, laptop and manager’s cheque, which he raised as restitution to his victims.

The judge gave Damilola a suspended sentence of six months imprisonment on count one and two, to run concurrently, while ordering the forfeiture of the phone used to perpetrate the crime to the federal government.

Justice Abdulgafar also sentenced Taiwo to a suspended term of six months imprisonment. The court ordered that the convict’s Black Toyota Corolla Car with registration number LRN237RA, Dell Laptop, and one IPhone 11 pro be forfeited to the federal government.

Similar sentence was imposed on Mark as the court jailed him six months, which shall be suspended, while ordering the forfeiture of the phone used in committing the crime.

On the other hand, Justice Akinpelu sentenced Olayinka to six months imprisonment each on count one and two, to run concurrently with option of fine of N200,000 (Two Hundred Thousand Naira) on each count.

In the same vein, the judge sentenced Abiodun to six months imprisonment with option of fine of N200,000 (Two Hundred Thousand Naira). The court also ordered the forfeiture of a draft of N135,000 (One Hundred and Thirty Five Thousand Naira) raised as restitution to the victim of the crime as well as iPhone XR used as instrumentality of the crime.

Ariyike Akinbobola: Trouble In Paradise – Excerpt From “The Cost of...