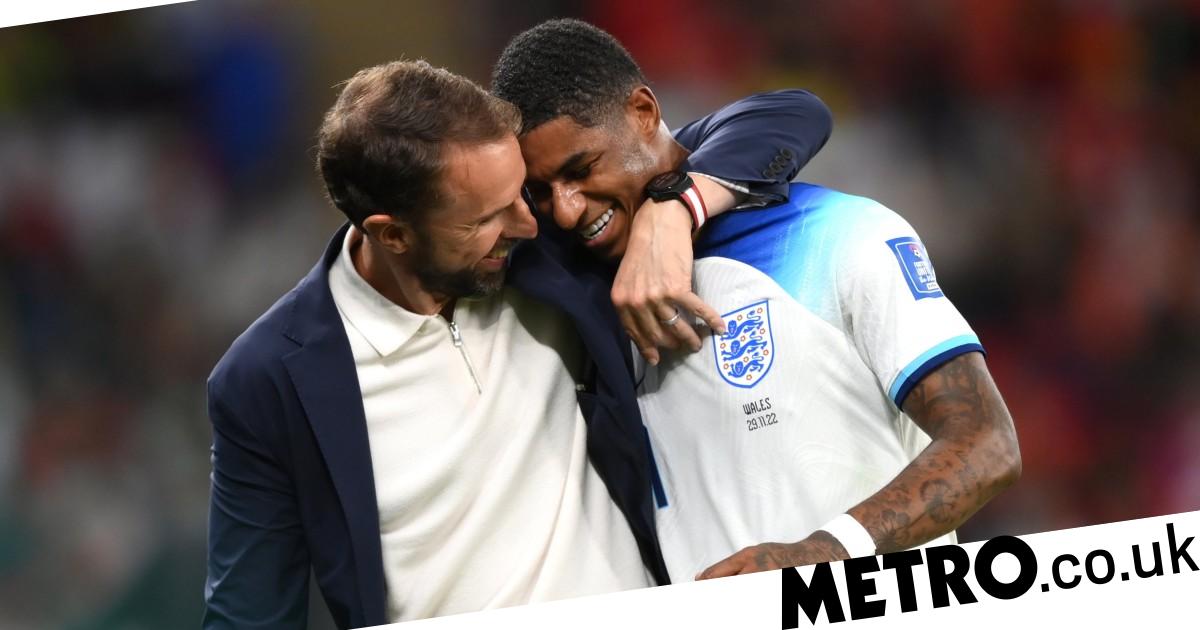 Marcus Rashford says there is more to come from England at the World Cup, after booking their place in the last 16 with a 3-0 win over Wales on Tuesday night.

The Manchester United forward was in good form as he scored twice in the victory that secured top spot in Group B, with Phil Foden netting the other goal.

Rashford and Foden were both starting for the first time in this tournament, which will leave Gareth Southgate with some interesting decisions to make ahead of the clash with Senegal on Sunday in the next round.

Whoever plays in England’s next outing, Rashford has warned their upcoming opponents that there is even more to come from them than they showed in the comfortable win over Wales.

‘Moments like this, this is what I play football for, biggest moments, the best moments,’ Rashford told ITV.

‘Hopefully we can build on this performance because I still have massive ambition for this team and I think we can play even better than what we showed tonight.’

England dominated the first half but couldn’t find a breakthrough as frustrations continued after the goalless draw with USA, before scoring all three goals after the interval.

‘We were a little bit disappointed after the USA result,’ added Rashford. ‘Thought we could’ve played a lot better. and it was important to have a good performance the next game. We defended brilliantly in the first half and it was just about killing the game off early and taking the chances in the game

‘Half time the manager said we’ve played well but but we need more shots on goal – I think we only had two or three. We wanted to work the keeper more and get into dangerous positions, which I thought we were doing in the first half and in the second half we made them count.’

Having come off the bench to score in the 6-2 rout of Iran in the opening game, Rashford has now scored three goals in this competition, putting him level at the front of the race for the Golden Boot with Kylian Mbappe, Enner Valencia and Cody Gakpo.

Rashford is also the first Manchester United player to score three goals at a World Cup for England since Bobby Charlton in 1966.