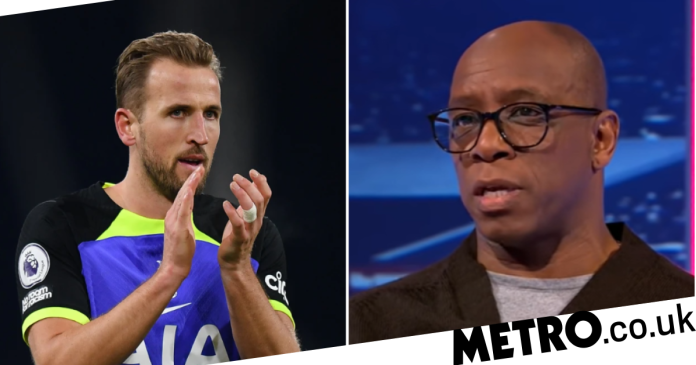 Ian Wright has told Manchester United that Harry Kane would be a transformational signing and says Erik ten Hag should offer a member of his squad in a deal to sign the Tottenham striker.

United are expected to sign a new centre forward at the end of the season, having released Cristiano Ronaldo in November and brought Wout Weghorst to Old Trafford as a short-term solution earlier this month.

The Red Devils explored a deal for England captain Kane in the summer of 2021 and reports say they are ready to revive their interest under Ten Hag.

It is claimed Manchester United have already begun working on a deal for Kane, with the 29-year-old said to be ‘open’ to the move amid Tottenham’s continued struggles under Antonio Conte.

Wright described United’s pursuit of Kane as a ‘no-brainer’ and says the Old Trafford hierarchy should offer Spurs £60m plus Anthony Martial.

Martial, who joined Manchester United in 2015, has endured another frustrating season, with injuries restricting him to just six Premier League starts.

Speaking on the Wrighty’s House podcast, Wright said: ‘Arsenal played very well but one of the main differences in that game [Sunday’s Premier League thriller at the Emirates] was Eddie Nketiah, a No. 9.

‘That’s what Manchester United didn’t have. They had Wout Weghorst up there but he wasn’t a threat if we’re being honest, he was not a threat.

‘When you look at United’s trajectory and where they are moving, get Harry Kane for three years. United will definitely do something because they’re not a million miles away.

‘I’m confused how the speculation has come out, it must be from his camp. But if United came in now, let’s say they put £60m on the table and throw in Antony Martial… that’s a very good deal.

‘I think Spurs fans will say “good luck Harry”. If United have got serious thoughts about what they need next, it’s a No. 9.

‘For me, it seems like a no-brainer to go for Harry Kane. He takes them somewhere else. It’s that kind of signing.

‘If it happened, that dressing room at Old Trafford starts buzzing because they know they’ve got an elite striker coming and he will win them games. He will win games for them.’


MORE : I’ll do everything in my power to end Man Utd trophy drought – Erik ten Hag

JUST IN: Tanker explodes in Ondo

JUST IN: Tanker explodes in Ondo