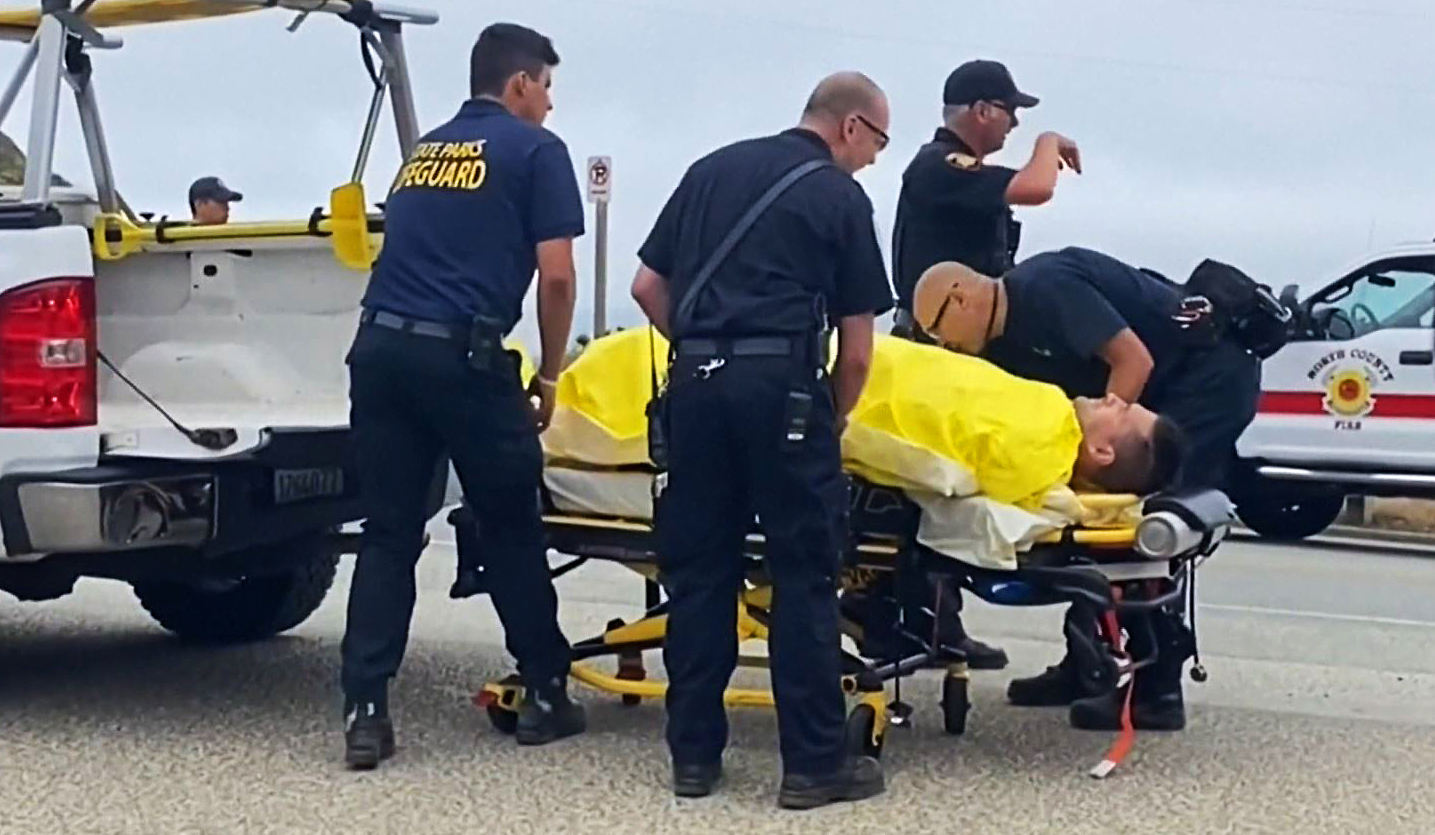 A San Francisco man said he was looking for crabs in Gray Whale Cove State Beach when he felt a sharp pain followed by a slight push. When he looked down, he was staring in the face of a great white shark that had just bitten him.

“At that point, I was like, ‘OK, I got hit,'” Nemanja Spasojevic told NBC’s “TODAY” show. “I started kicking frantically toward the rocks.”

Spasojevic, 38, said he’s an avid surfer and snorkeler and had been to the beach in San Mateo County on numerous occasions. He said he was aware that sharks were known to be in the area, but it was rare for them to attack people.

So Spasojevic didn’t think twice about putting on his wetsuit and going into the water Saturday morning. He told “TODAY” he was hoping to catch some crabs so he could “have a nice dinner.”

Spasojevic said things started out great. He was swimming by the rocks, in an area that had a lot of crabs. As he was looking at one, the shark attacked him.

Spasojevic said it was “no bigger than a dolphin” and bit him only once, in the back of his leg. He immediately started kicking, trying to get to shore.

Once he was back on the sand, Spasojevic called out to a man for help. Thomas Masotta, who had been fishing on the shoreline, came to his rescue.

“He called out to me, then collapsed,” Masotta previously told NBC News by email. “He was rolling around on the ground and said he wasn’t in a lot of pain but was worried that he was losing a lot of blood.”

Spasojevic said he could see that his wetsuit was filling up with blood. The attack had left 10 puncture wounds in his leg from the shark’s teeth.

Once medics arrived, there was a sense of relief.

“I’m probably the luckiest guy in the world to get hit by the great white and to walk out of the hospital the same day,” he told NBC Bay Area.

In addition to the puncture wounds, Spasojevic has a slight limp, according to the outlet. He said once he recovers, he plans on going back to the beach.

“I think sharks are not the bad guys. It’s their kind of home. We’re just visitors,” Spasojevic told the “TODAY” show. “I’m going to visit again, for sure.”