Home National Man sues his nephew for allegedly defaulting on a loan that he...
Facebook
Twitter
WhatsApp
Telegram
Email 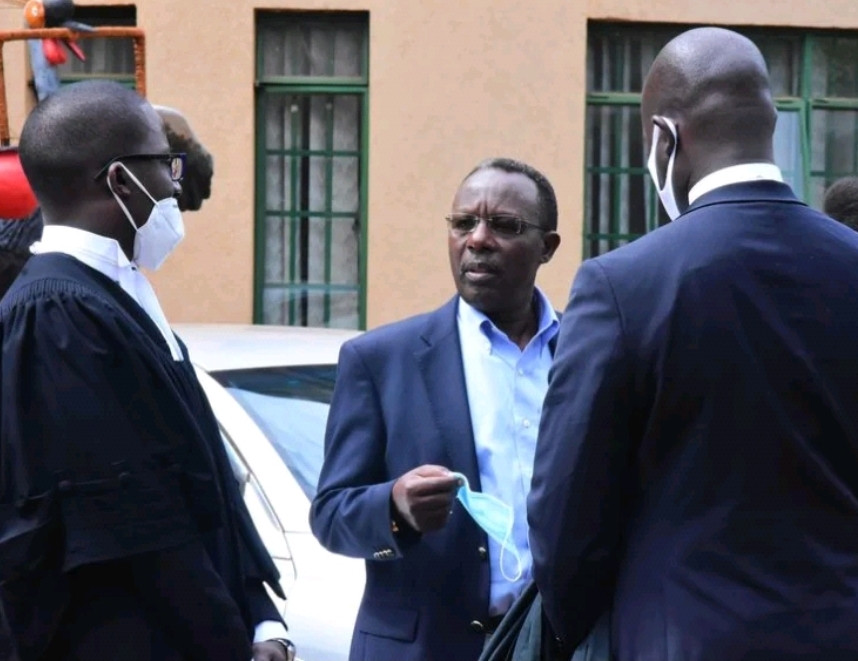 A Ugandan man, Dr. Warren Namara has sued his nephew for allegedly defaulting on a loan that he gave him to pursue his post graduate studies abroad and later open up a business.

According to documents before the Commercial Division, Dr. Namara, (pictured with his lawyers) contends that by oral agreement in 2004, he agreed to lend £9,800 (about Shs47m) to his nephew, Mr James Diers Mwangusya.

The soft loan in question was to help Mr Mwangusya undertake his Master’s and PhD studies at the University of Bradford in the UK.

Court documents further show that after the nephew had completed his studies, he again approached his uncle and requested for another loan to enable him start a business.

He, however, says, he later discovered that Mr Mwangusya had fraudulently misrepresented the true purpose of the funds in order to trick him to disburse the money.

“In order to induce the plaintiff (Dr Namara), to disburse further loan sums to the defendant (Mr Mwangusya), the defendant represented that he was carrying out an asset financing, project planning or training business,” Dr Namara states in his petition.

“In fact, the representation was false because the defendant was not at the time undertaking/ kick starting any asset financing, project or training business,” Dr Namara further states.

He says Mr Mwangusya claimed he needed £9,800 (Shs47m) to undertake further studies whereas he was not enrolled for a course in any university for a PhD programme.

The petitioner further states that his nephew diverted the loan money to other businesses unrelated to the agreement at the time of disbursing the funds.

Dr Namara who is represented by Kasirye, Byaruhanga & Co. Advocates, said he is seeking to recover the money from Mr Mwangusya.

In his defence, Mr Mwangusya concedes that he is a close relative to Dr Namara.
He further claims to have operated a money lending business known as Cashbox which he says his uncle picked interest in and decided to jointly invest in it.

“He (Dr Namara) agreed to invest up to a tune of Shs500m. The return on his investment would be 2 per cent per month of the total sum invested which was projected he would receive at the end of 2019 and the start of 2020,” Mr Mwangusya states in his defence.

He continued: “As a precondition for his participation in this joint investment, the plaintiff (Dr Namara) demanded he becomes a registered partner in the Cashbox business to which the defendant and other partners obliged.”

Mr Mwangusya has also implored the court to note that all the money meant for the joint investment was duly recorded and that his uncle did not object to the figures documented.

The matter had come up for hearing on Monday, October 12, but Mr Mwangusya’s lawyer was absent on grounds that he was sick. The case was adjourned to October 27.