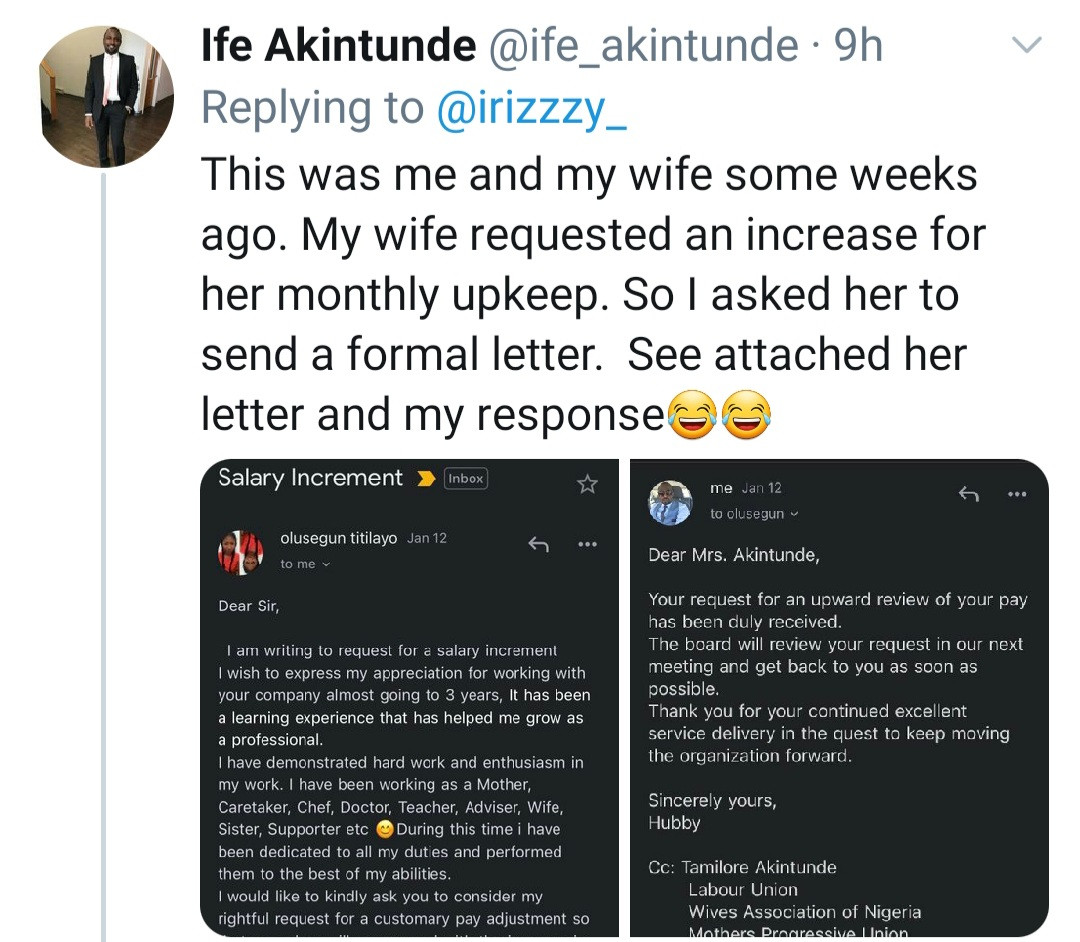 A man took to Twitter to share the hilarious mail he received from his wife asking for an increase in the family’s monthly upkeep and his response to her.

The husband said his wife had approached him to ask for an increase and he asked her to write a formal letter.

Her husband responded in a mail, promising to discuss with the board and get back to her.

He then copied to the mail the Labour Union, Wives Association of Nigeria, and the Mothers Progressive Union. 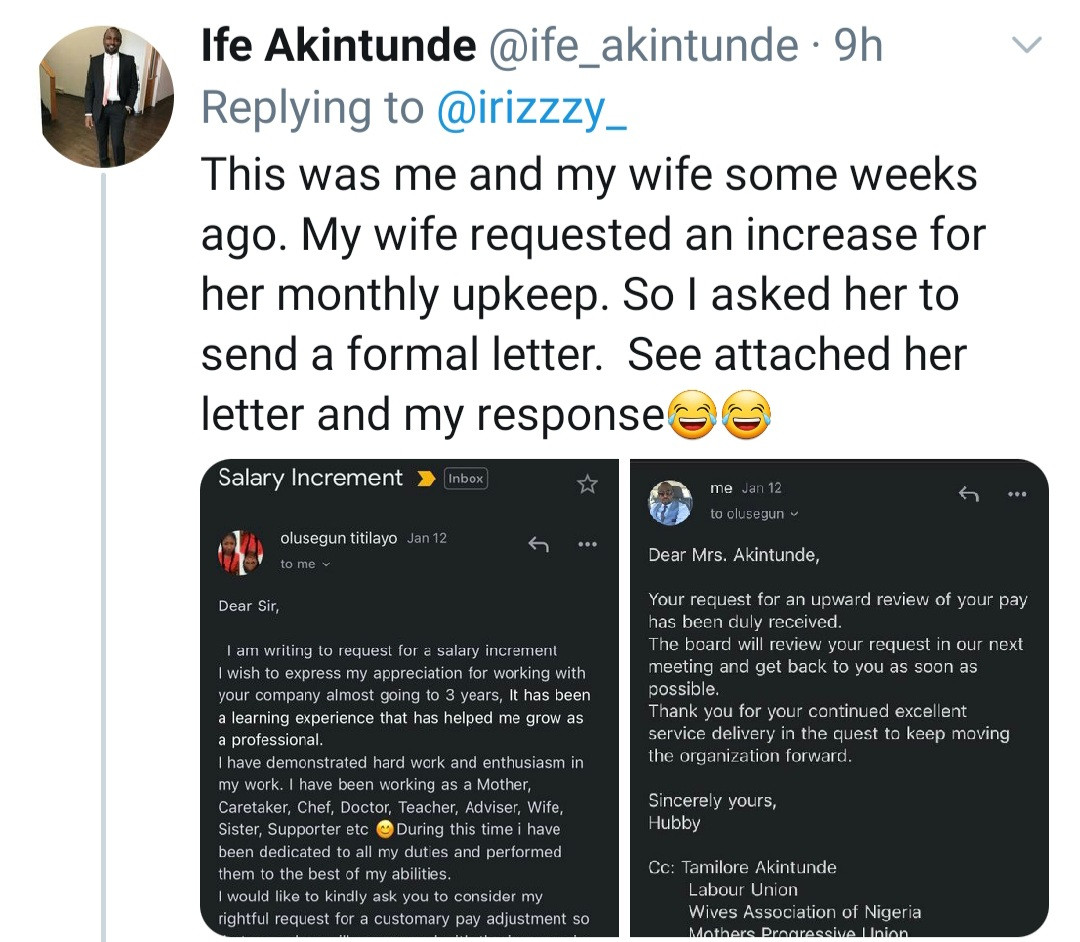 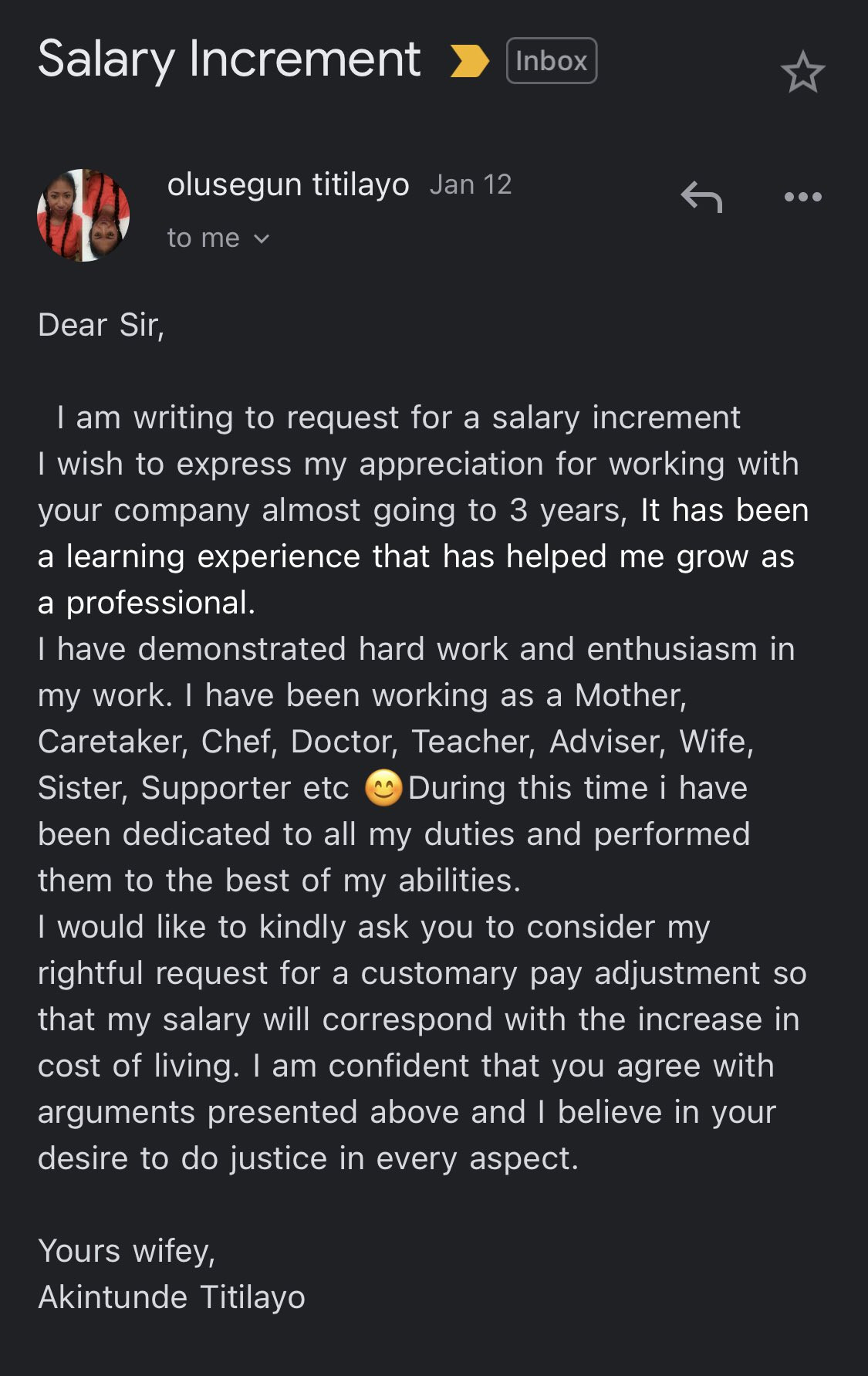 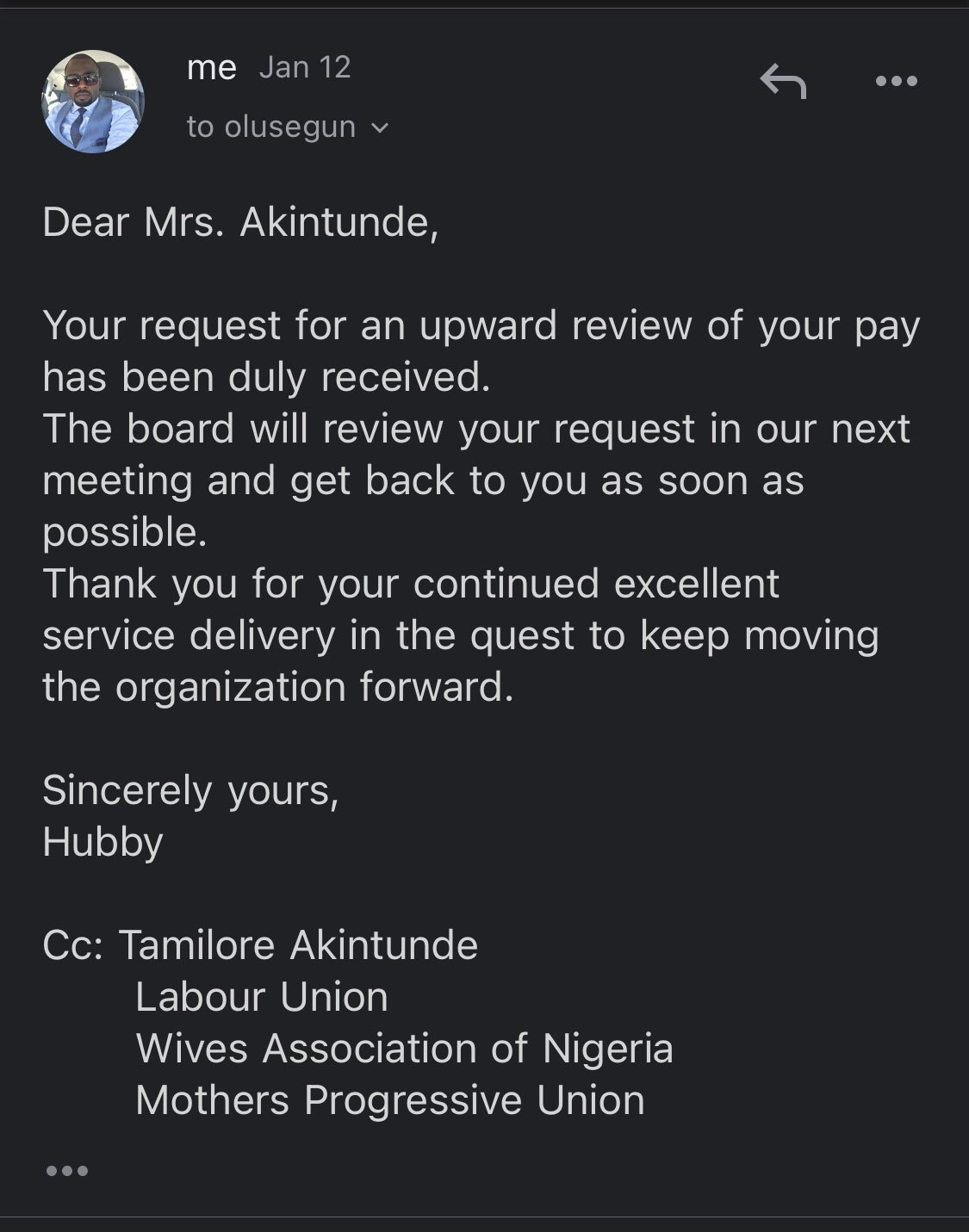