A Nigerian man identified as Rockloden has shared his experience with a family friend who lost her life three years ago.

According to him, the late woman appeared in his dream and pleaded with him to assist her daughter. 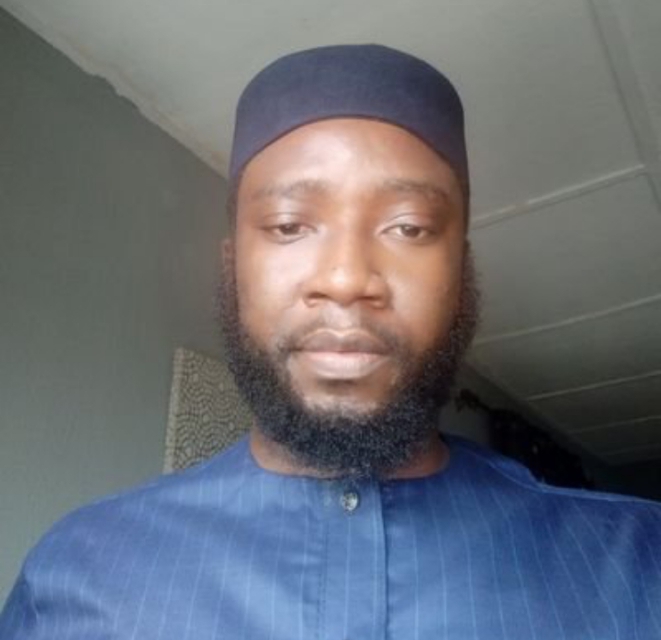 Surprisingly, the next morning, he said he received a call from the woman’s daughter saying her mother also appeared in her dream and gave her his number.

“There’s a woman i used to know, a family friend. Infact, she was a mentor and a very good one. She loved me so much and i was very good to her but unfortunately, she died 3 years ago. Her death pained me so much.

Just last week, she appeared in the dream, discussed like we used to wen she was alive and told me her daughter is in distress that i should please assist her. I told her I don’t have her number because i never saw her or spoke to her. She said she will reach me. I said OK, she was happy ,waved, left and i woke up.

Just this morning, i received a call from a number i don’t know. And surprisingly, it was the daughter. She said her mother appeared to her in the night, gave her my number and asked she should contact me. Communication have been established, i will be assisting her.” 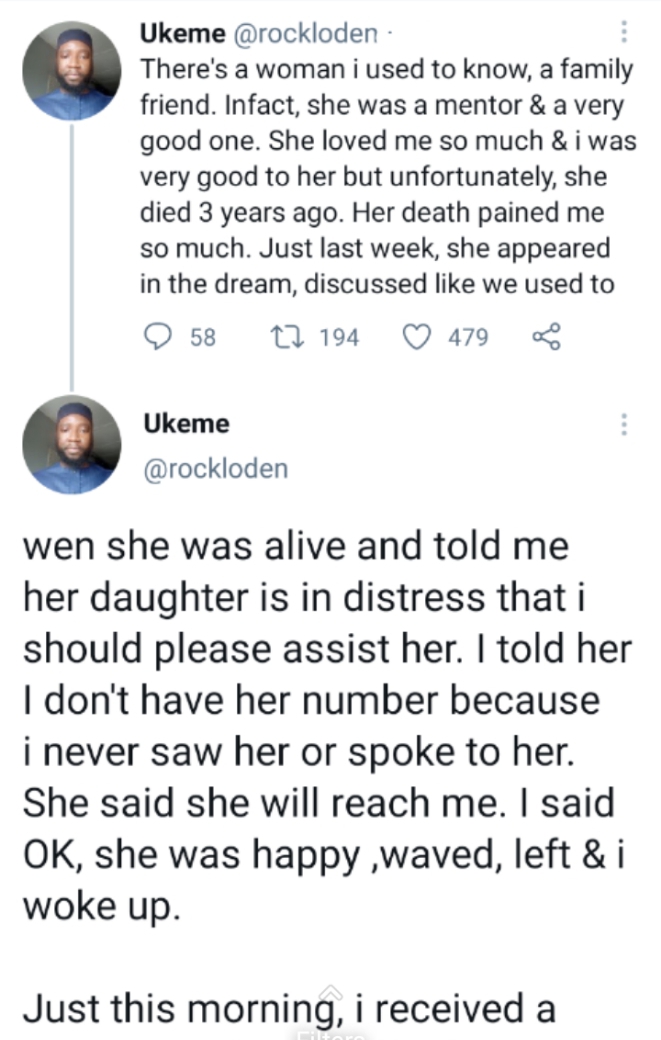 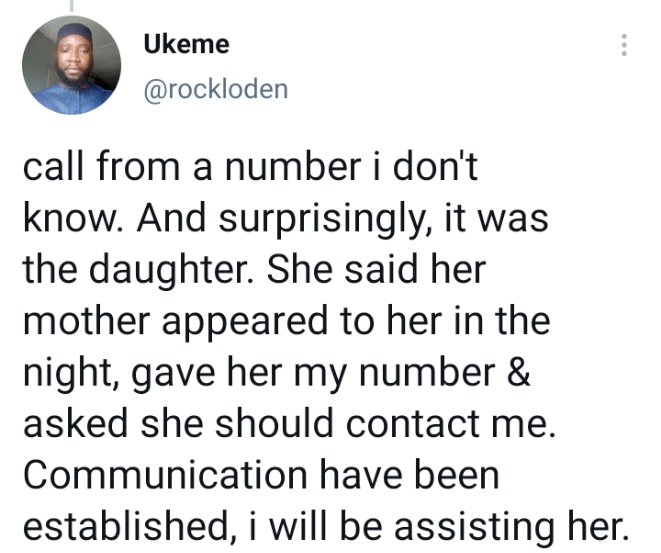