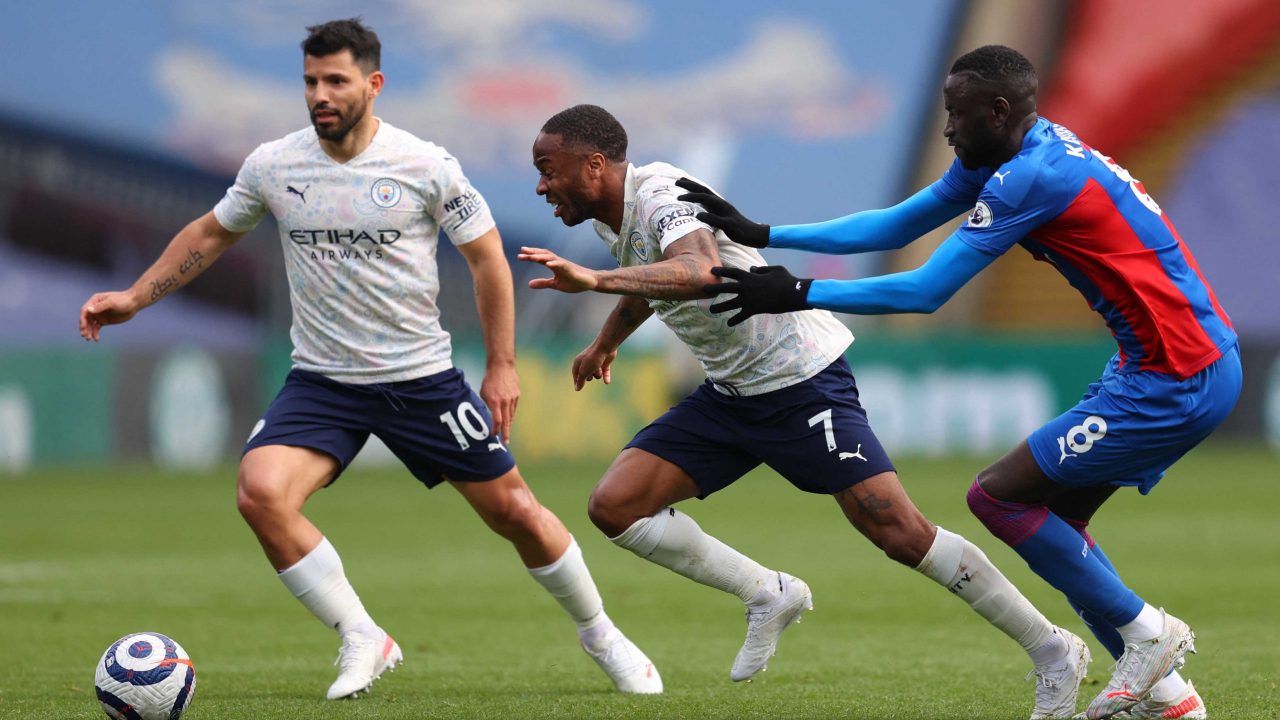 Manchester City are within touching distance of the Premier League title after Sergio Aguero and Ferran Torres sealed a 2-0 win at Crystal Palace on Saturday.

Pep Guardiola’s side sit 13 points clear at the top and will be crowned champions if second-placed Manchester United lose against Liverpool on Sunday.

After a tepid first half in south London, it was fitting that Aguero the architect of so many big moments in City’s history should open the scoring with a typically lethal finish.

Torres killed off Palace two minutes later as City eased to an 11th successive away victory in the Premier League, equalling the English top-flight record.

Even if United do not slip up against Liverpool at Old Trafford, City have four matches left to secure the one win they need to clinch the title, starting with next Saturday’s home game against Chelsea.

It is a matter of when not if City add the Premier League to the League Cup they won against Tottenham in April.

“We can start to think about it and put it in the fridge. The Premier League is already there, it is in our hands. We need one more victory,” Guardiola said.

“I’m absolutely delighted with that after the Champions League. We could not play with much rhythm. We struggled a little bit but in the second half we deserved it.

“I will check on the Liverpool game. It’s in our hands and now we will give everything to beat PSG.”

City were languishing in 14th place in late November but a blistering run since then has carried them to the brink of a third title in four seasons.

The treble chasers could also add the Champions League to that haul.

On Tuesday, City will attempt to reach their first ever Champions League final when they defend a 2-1 lead in the semi-final second leg against Paris Saint Germain.

This was City’s sixth successive game away from the Etihad Stadium and by the time they return to Manchester to play PSG, they will have clocked up more than 3,500 miles on the road in just three weeks.

Guardiola believes that gruelling schedule has made City’s success this season “extra special” and this win was another tribute to their tenacious attitude.

The City boss made eight changes from the midweek win in Paris, with only Ederson, Rodri and Joao Cancelo keeping their places as Aguero, Gabriel Jesus and Raheem Sterling came in.

Aguero was making only his sixth league start of an injury-plagued season for City’s record goalscorer, who has announced he will leave in the summer.

All the changes left City looking disjointed in a scrappy first half.

Ederson had to make a superb save to keep City level when he stretched to block Christian Benteke’s close-range effort with his legs.

It was the first time in 21 games that City had failed to have a shot on target in the first half.

But City are too potent to be subdued for long and they played with far more intensity after the interval.

Aguero had been anonymous for long periods, but he rolled back the years to break the deadlock in the 57th minute.

Running onto Mendy’s pass, Aguero took a touch inside the Palace area before smashing a half-volley into the roof of the net from 10 yards.

“What a goal, what an action, what a player, what a man. I am incredibly delighted he is back,” Guardiola said.

“He is going to enjoy the last games. I am in love as a person. He is an incredible guy.”

Aguero’s fourth goal of the season — his 258th for the club — put City back in their groove and Torres doubled the lead 84 seconds later.

Aguero, Jesus and Sterling exchanged a flurry of passes, teeing up Torres for a fine low finish from the edge of the area.

Guardiola’s joyous fist-pumping celebration underlined the magnitude of the moment as City closed in on their latest title triumph.