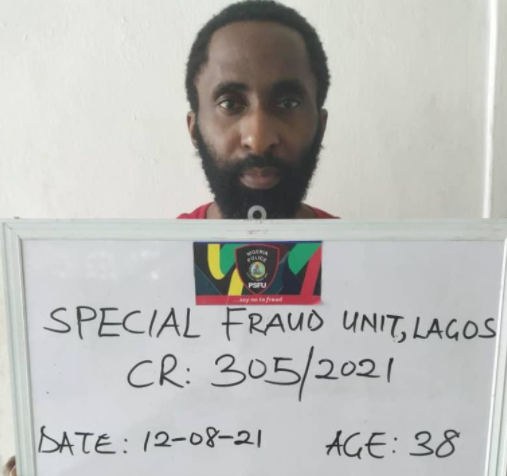 A Nigerian man alleged to have hacked into the server of a Nigerian bank to steal N1.87 billion has been arrested.

Salau Abdulmalik Femi, 38, was arrested by detectives from the Special Fraud Unit (SFU) of the Nigeria Police Force (NPF).

Salau, accused of being the kingpin of a syndicate that specialises in hacking into the servers of banks and corporate agencies, was arrested after he allegedly hacked the Flex-Cube Universal Banking System (FCUBS) of a first generation bank.

The spokesman of SFU, Ikoyi, Lagos, DSP Eyitayo Johnson, in a statement, said the suspect, using application software, created fictitious credits totalling N1.87bn on the accounts of three of the bank’s customers. 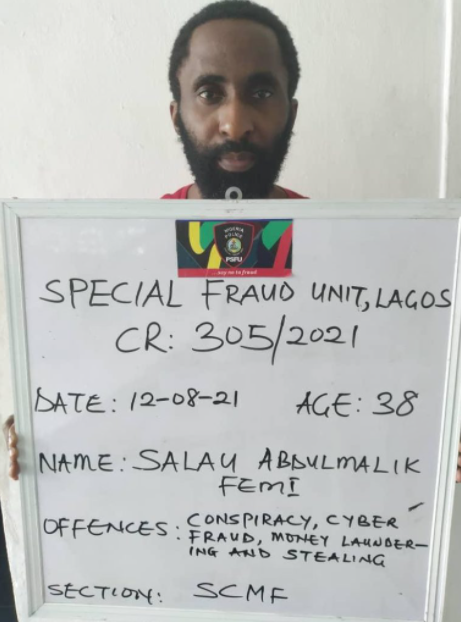 According to DSP Johnson, the suspect successfully consummated debits (outflows) amounting to N417.5m through internet banking transfers to other banks.

He said the unit, while acting swiftly on a petition from the bank, contacted the Central Bank of Nigeria (CBN) and the deposit money banks which customers were beneficiaries of the fraudulent funds and that in the process was able to salvage a substantial amount.

“Items recovered from the suspect include an Apple laptop and an iPhone. He and operators of some Bureau De Change (BDC) who used to launder the monies will be charged to court as soon as investigation is concluded,” DSP Johnson said.