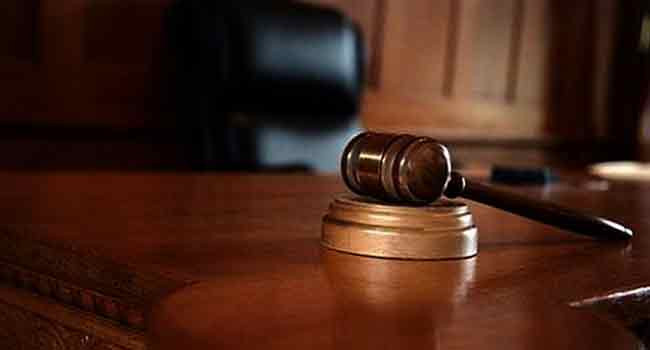 A 24-year-old man identified as Ajibola Samsudeen has been arraigned in court for allegedly threatening to release the sex tape of his ex-girlfriend on the internet.

The suspect was arraigned on charges bordering on intimidation and defamation of character.

In a first information report by one Rahman Saadat, a food vendor, it was alleged that the defendant who was an ex-boyfriend of her secretary, Fausiya Abdulrasaq, was trying to blackmail her with the sex tape.

“The defendant was sending blackmailing messages to Saadat’s business email box and also threatened to deal with her if she failed to release Fausiya, his ex-girlfriend, to him.

“He also threatened to post the sex tape on the internet if they failed to cooperate with him. He was unrepentant during the investigation”

After counsel to the defendant, Barrister Toyin Onaolapo pleaded for the bail of his client which was countered by the Prosecutor, Issac Yakubu, Magistrate Ndakene granted the bail application and adjourned the matter till May 9th, 2022 for further mention.