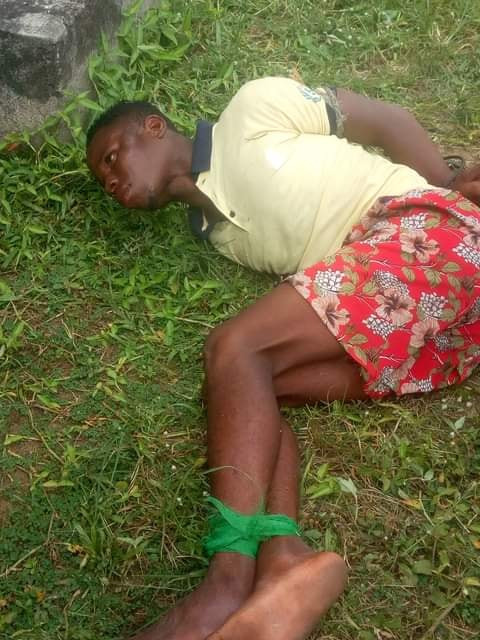 One Francis Batambari from Kapnor community in Khana Local Government Area of Rivers State was allegedly ambushed and brutally attacked by four persons.

The victim was inflicted with machete cuts that almost resulted to the amputation of his hand. He is currently undergoing medical treatment at an indisclosed hospital in Bori.

One of his suspected attackers identified as Barisua Baaluube has been apprehended by the Local Government security outfit, KHASPAC.

According to a member of KHASPAC, Comr Nwibakpo Golden, the suspect was apprehended few hours after the incident was reported to them.

“The suspect who confessed to the crime, was apprehended few hours after the incidence was reported in our office and handed over to the Bori Police Station for further investigation and prosecution. Recall that this crime would have triggered another communal crises between Kapnor and Luawii communities if not our prompt intervention.” he said. 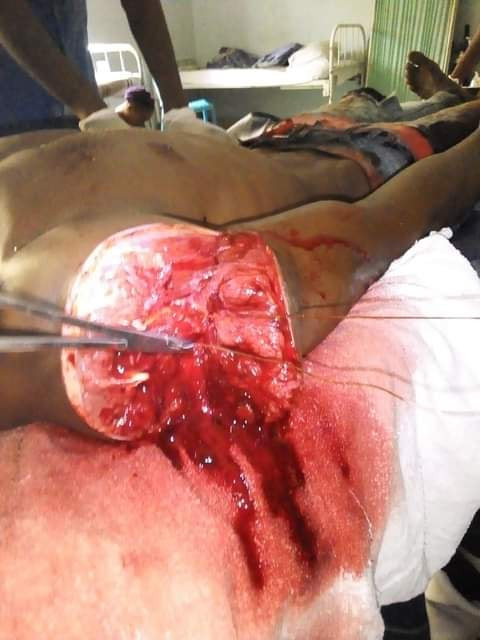 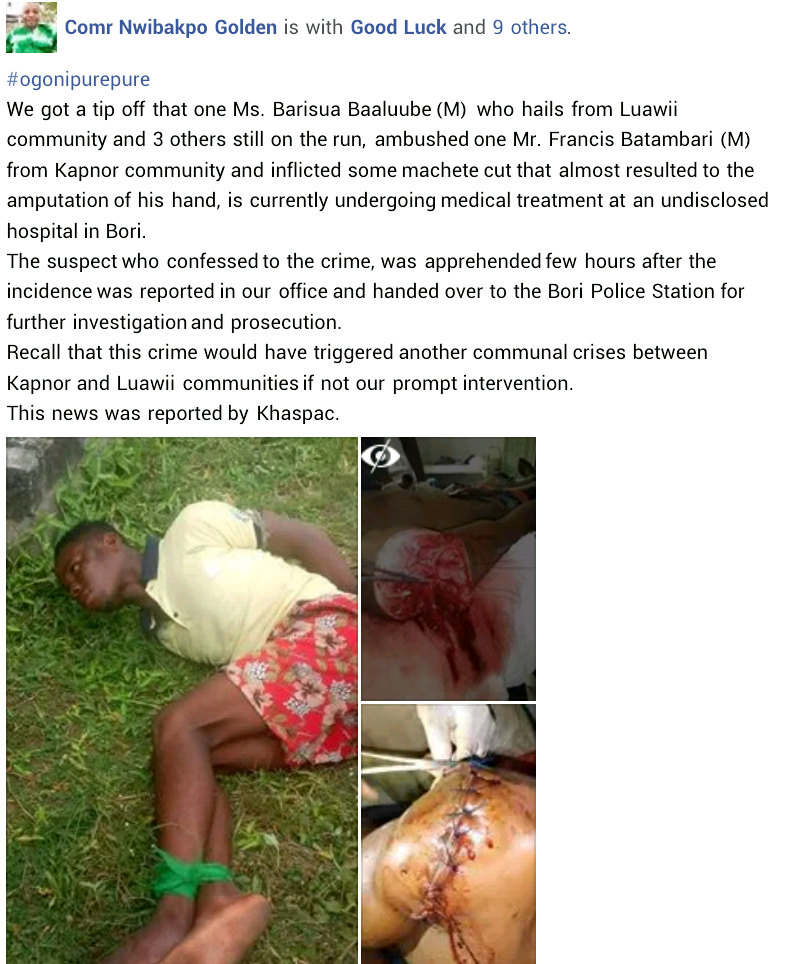 Kwara State Govt condemns looting of warehouse, says the COVID-19 palliatives were meant for the poor and vulnerable groups