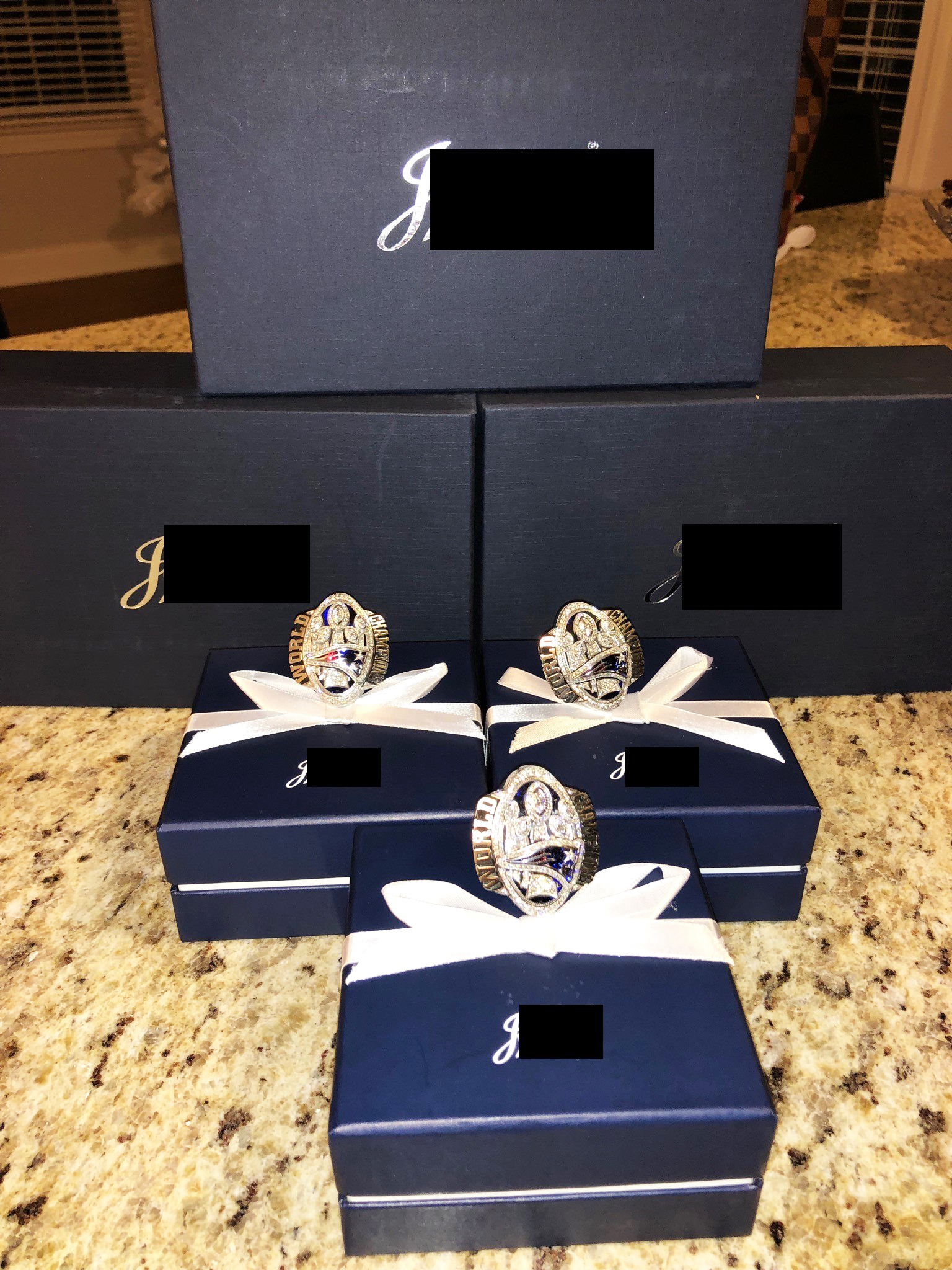 Scott Spina, 24, agreed to plead guilty in U.S. District Court in Los Angeles to one count of mail fraud, three counts of wire fraud and one count of aggravated identity theft in connection with the audacious scheme. One of the rings fraudulently obtained by Spina was later sold at auction for more than $300,000, according to federal prosecutors.

“By pretending to be a New England Patriots player, the defendant was able to get Super Bowl rings from the company that issued them. But in offering the rings for sale, he was also selling their connection to Tom Brady — a story that simply did not hold up on close scrutiny,” said Assistant United States Attorney Erik M. Silber.

“Unfortunately, in his effort to profit on Tom Brady’s name, the defendant defrauded a number of people, including those at the ring company, the buyer of the rings, and those in the collectible market more broadly.”

The scam began in September 2017 when Spina contacted a former Patriots player via Instagram and offered to buy the Super Bowl LI ring. Spina later traveled to Georgia to meet with the player and handed over a bad check in exchange for the ring, according to federal court filings.

The player, identified only as “T.J.” in court documents, left the team after its 2016 Super Bowl victory over the Atlanta Falcons.

Prosecutors said Spina sold T.J.’s Super Bowl ring for $63,000 to a southern California broker who specializes in championship rings. But Spina had obtained something else that would allow him to continue the scheme — a document with a web address for the company that sells Super Bowl rings as well as T.J.’s log-in and password.

Posing as the player, Spina told a representative for the ring company in late September that he wanted to order family versions of the Super Bowl keepsake for Brady’s baby. The family versions are slightly smaller than the players’ rings but are otherwise very similar.

Spina purchased three “family and friends” Super Bowl LI rings with the name “Brady” engraved on each one, which he falsely represented were gifts for the “baby of quarterback Tom Brady.” The rings were never authorized by Brady and the defendant intended to “sell them at a substantial profit,” according to the plea agreement.

On the same day he ordered the rings, Spina texted the Orange County memorabilia broker identified in court documents as S.W. and told him he was working “a deal out with brady rings.” Prosecutors said Spina concocted an elaborate lie to convince the broker: that he knew Brady’s nephews and they were going to sell him the rings that the star quarterback was going to give them as Thanksgiving gifts.

The broker agreed to pay Spina $81,500 for the three rings, with a $6,500 “deposit to be wired” in advance and $75,000 due “at time of pick-up” of the rings. But the broker got cold feet after second-guessing whether Brady had nephews, according to federal court filings.

The broker also had doubts about the geo-tag on the photos of the rings, which were in New Jersey rather than Massachusetts, where Spina said the nephews lived.

Spina received the rings on the same day in November 2017 that the broker backed out, prosecutors said.  Spina then immediately sold the rings to an auction house for $100,000. During an auction in February 2018, one of the family rings was sold for $337,219, according to federal court filings.

Spina is scheduled to make his first appearance in court on Jan. 31. As part of the plea agreement, he agreed to pay restitution to the former Patriots player, according to federal prosecutors.

His lawyer, Thomas Ambrosio, did not immediately respond to a request for comment.

It was not the first time that Spina was hit with federal fraud charges. In 2018, he was sentenced to 35 months in prison for failing to deliver high-end sneakers and other items to customers that purchased them and stealing his customers’ credit card information.

Spina was released in March of this year, according to the federal prison system’s online database.