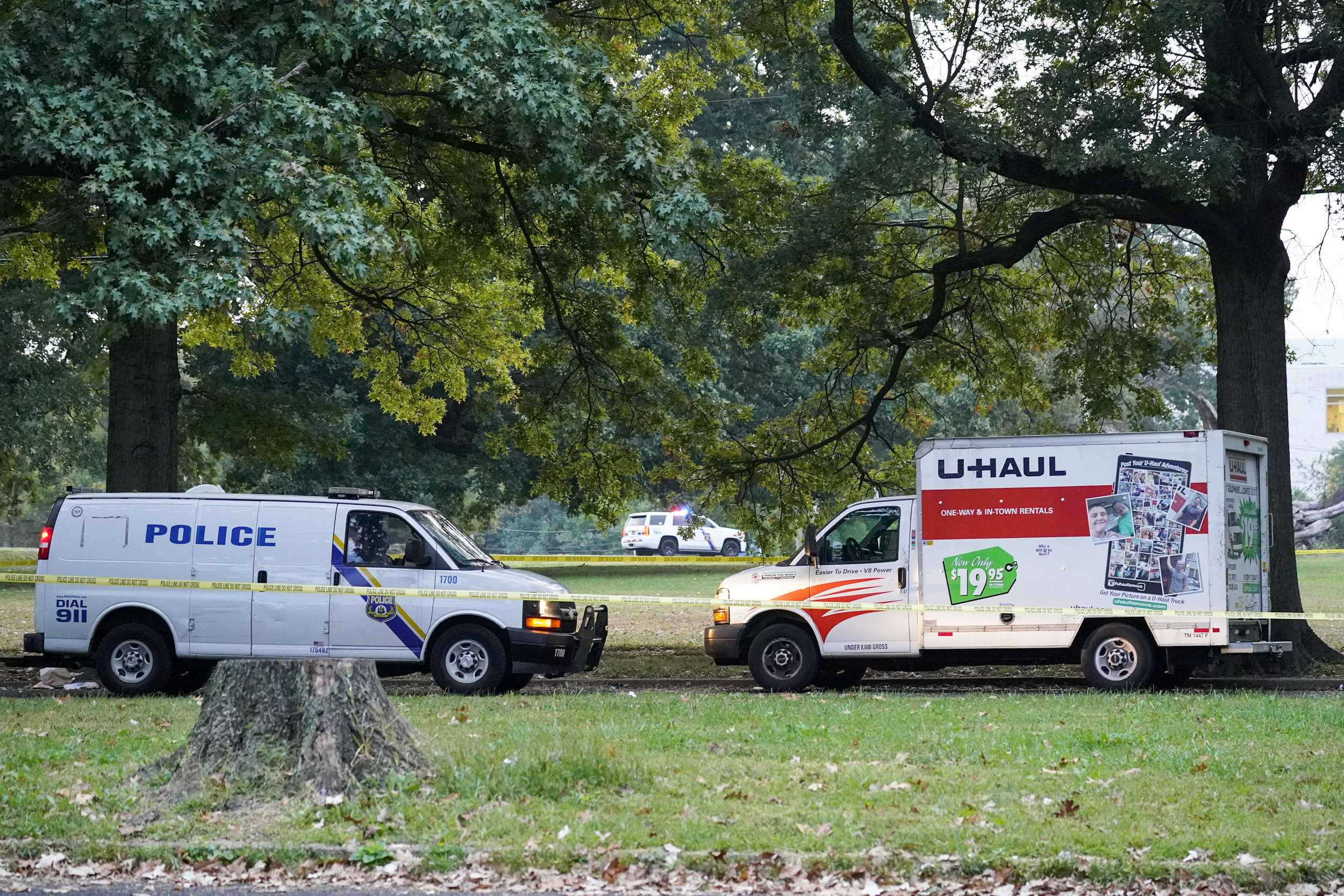 An employee at a Philadelphia hospital fatally shot a co-worker, left in a U-Haul truck and was shot in a gunfire exchange that left two officers injured, police said Monday.

Shortly after midnight, officers responded to a report of a shooter on the ninth floor of Thomas Jefferson University Hospital, police said. The victim was identified as a 43-year-old certified nursing assistant.

“We do believe that the other employee was targeted. Reasons are still unclear,” Philadelphia police Commissioner Danielle Outlaw said during a news conference Monday. “We don’t know if the suspect was working tonight.”

The suspected gunman, 55, was wearing hospital scrubs at the time of the shooting before leaving the scene in the U-Haul. After an hourlong manhunt, authorities eventually were flagged down by a passerby in Parkside, a neighborhood in West Philadelphia. The witness said a man in scrubs was firing rounds in the air, according to police.

When officers got to the scene, the man started shooting at them, authorities said. Four of the responding officers returned fire, striking the man in the upper body and neck. Two officers were injured during the exchange of gunfire.

The first officer, 30, was shot in the right elbow and the second, 32, was hit in the nose, according to police. Both officers, who have been on the force for six years, were stable and are expected to recover.

The suspected gunman was in critical condition but was expected to survive. Authorities learned he was “wearing body armor and carrying multiple weapons,” Outlaw said. “In addition to the long gun, which was believed to be an AR-15, he was also carrying some form of a semiautomatic handgun.”

Authorities did not release the names of the victim or the suspect.

The hospital incident was the second deadly workplace shooting in the city since Friday when a security guard was shot and killed inside an office building, NBC Philadelphia reported.

“What can I say, about this happening in such a short proximity of time?” Outlaw said. “Active shooter situations are typically incidents that happen far and few in between … it’s not supposed to happen this close together, but we are all prepared to respond quickly and deal with it, and that’s what we will continue to do.”