Colorado police on Tuesday said a 21-year-old man has been charged with 10 counts of murder, a day after a mass shooting at a grocery store in the city of Boulder.

Herold said the suspect was hospitalized in stable condition after being shot in an exchange of gunfire with officers following the attack on Monday afternoon.

“He is charged with 10 counts of murder in the first degree and will be shortly transported to Boulder county jail,” she said.

The police chief also read out, one by one, the names of the 10 people killed in the attack, men and women aged from 20 to 65 who included a police officer and father of seven.

Police said they had not yet established a motive.

“My heart aches today,” said Governor Jared Polis. “And I think all of ours does, as Coloradans, as Americans, for this senseless tragedy, loss of life as we hear those names.”

Polis said residents of the “small community” of Boulder county would be anxiously studying the list of victims for names they recognized. 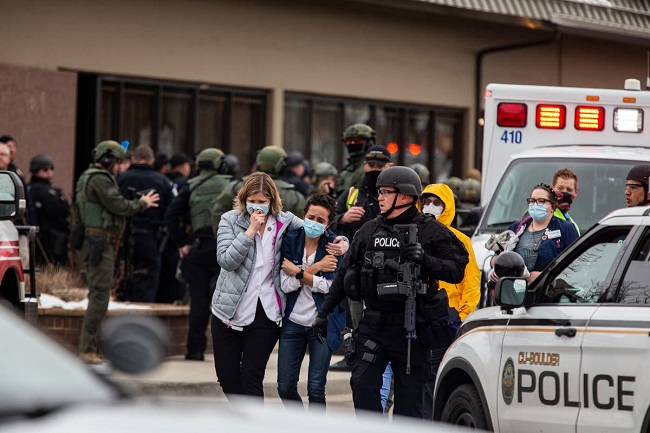 “People of all ages, people who started their day, reading the morning paper or perhaps getting their kids ready… Maybe they were making last-minute spring break plans, but none of them expected that this would be their last day here on the planet,” he added.

“We will make sure that the suspect is held accountable for what he did to them yesterday,” he said.