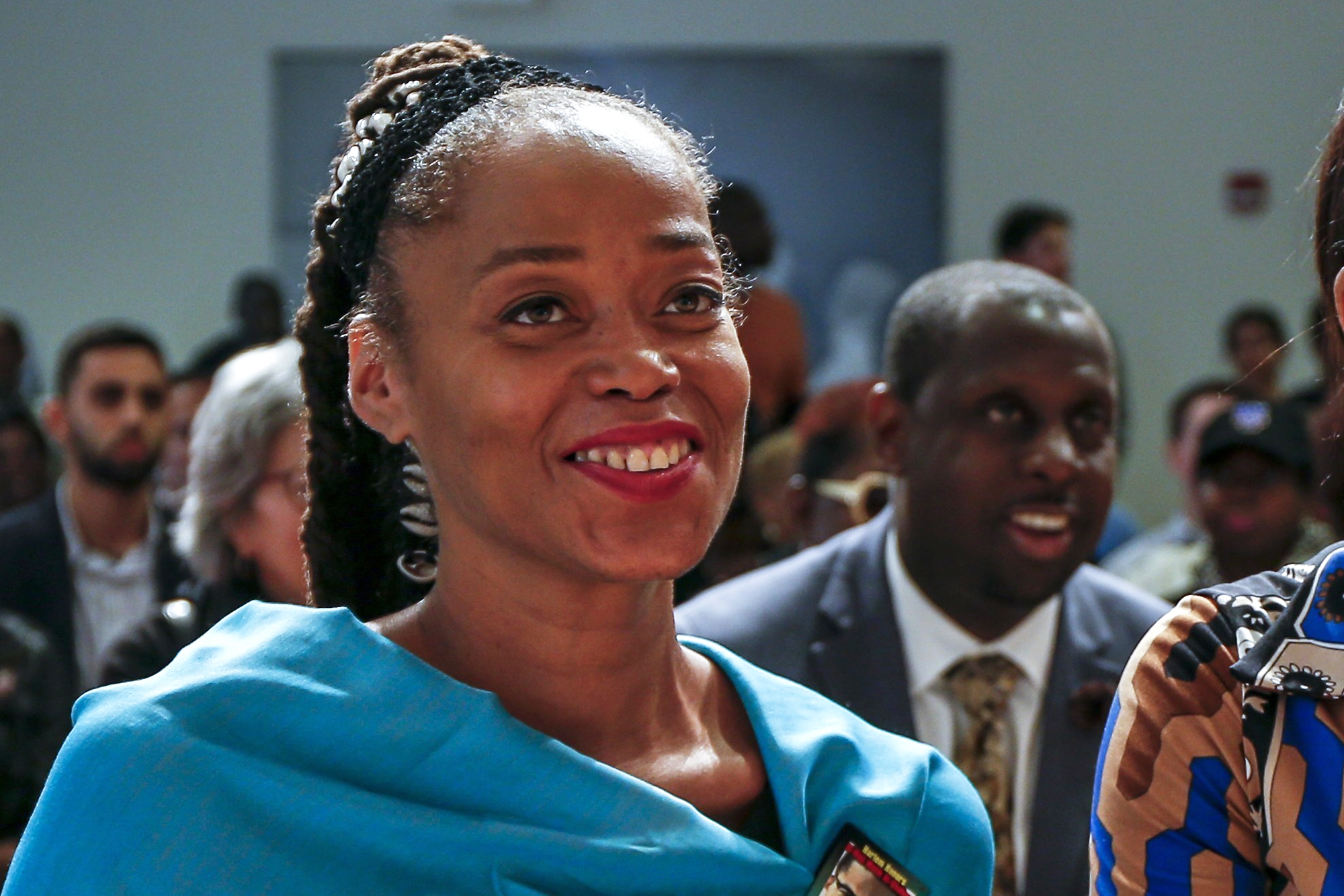 Shabazz, 56, was found unresponsive in her home in Midwood on Monday afternoon, and the death is not deemed suspicious, an NYPD spokesperson said. Police responded shortly after 4:30 p.m., and emergency services were already at the scene.

Her death was reported earlier Monday by NBC New York. The medical examiner told the station she was found unresponsive and was pronounced dead.

Malcolm X was slain in 1965. Last week two men convicted of killing him were exonerated.

The convictions against Muhammad Aziz and Khalil Islam were thrown out Thursday. They had always maintained their innocence. Islam died in 2009.

Malikah Shabazz, one of twins, was born after their father was slain.

Their mother was pregnant with them when Malcolm X was fatally shot at the Audubon Ballroom in New York City, where hundreds had gathered to hear him speak, on Feb. 21, 1965.

Bernice King, daughter or Martin Luther King Jr., tweeted her condolences, saying she was deeply saddened. “My heart goes out to her family, the descendants of Dr. Betty Shabazz and Malcolm X,” she wrote in part.

Jonathan Dienst is a reporter for WNBC-TV in New York, leading its investigative reporting team and covering justice and law enforcement issues.

Money Heist Final Episodes: Everything You Need To Know Ahead Release Date