Accompanied by security aides, the governor visited different spots in which violence has erupted in the state. Makinde visited Idi Ape/Iwo Road axis, where he spoke to the protesters in English and Yoruba languages.

He said his administration is committed to securing the lives and properties of the residents of the state but warned youths to stop fomenting trouble or destroying properties.

At Testing Ground in Iwo Road area, Makinde engaged with youths and residents in the area. He promised that those arrested would be released and those who lost their properties will be compensated.

“He also promised to meet with the Commissioner of Police in the state.

“I am going to meet with the Commissioner of Police now, but, in the meantime, my people will wait here in this school to collect the list of those who were affected; those whose houses were burnt, those whose property was destroyed. 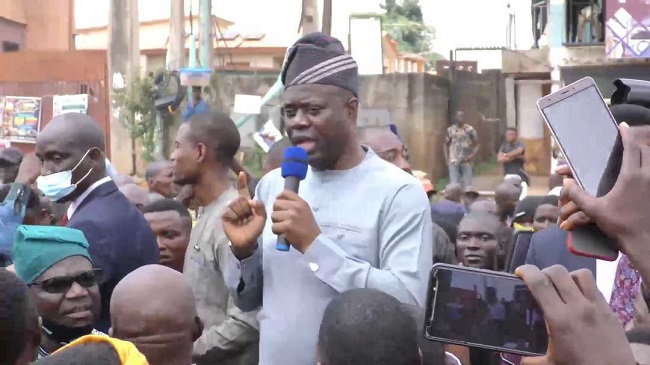 Even if you are part of those whose cars were set ablaze, write down your name too . “Let me also assure you that those who have been arrested will be released before the end of the day,” he said.

Even NOI?! #ChooseToChallenge: Gender inequality as a global health issue |...