The senator representing Oyo Central District, Teslim Folarin, has said that Governor Seyi Makinde cannot perform better than what he is presently doing in the state.

Folarin, a chieftain of All Progressives Congress (APC), made this disclosure in Ibadan, the state capital on Tuesday.

Newspot gathered that Makinde was elected on the platform of Peoples Democratic Party (PDP) in 2019.

Folarin, has, however, said that the governor has failed the people of the state especially in the area of security.

Folarin, while declaring his gubernatorial ambition ahead of the 2023 election on the platform of APC, said that Makinde cannot perform better than what he is doing, because he cannot differentiate between the king and the chiefs. 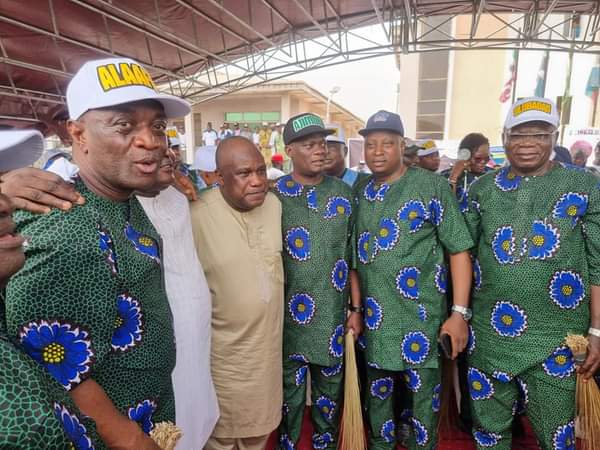 Folarin, flanked by APC Chairman in the state, Mr. Ajiboye Omodewu and some members of the national assembly among whom are Senator Abdulfatai Buhari, Hon. Akin Alabi, Musliudeen Akinremi and Shina Peller, said no place is safe in the state.

He, however, called on people of the state to vote wisely by rejecting the government that is taking their security for granted.

Folarin, while speaking further, said he intended to bring the political structures of all the past governors of the state together.

He said, “He cannot do more than what he is doing. Then, he went to invite one crazy dog to be killing people in the state.

“He does not know the difference between kings and chiefs. He has fought the king.

“Security is paramount, this place where we are, there is no security here. Look at the man they killed at Iwo Road last year, his mother is down with stroke.

“If they slap us one time, we will slap them three times.”