Nigerian teenage comedy group, Ikorodu Bois have earned an invitation from the makers of American action film “Extraction” to attend the 2nd premier of the movie. 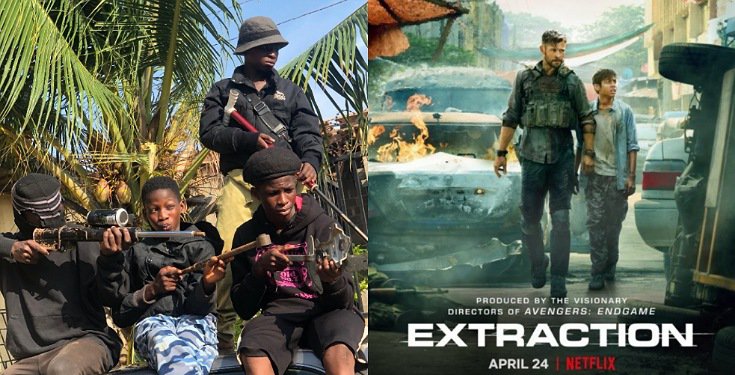 This was announced yesterday, June 24, by the Russo Brothers who gave them the express ticket for their captivating and mind blowing remake of some parts of the movie.

Joseph Russo and Anthony Russo are collectively called the Russo Brothers and both formed a crucial part of the making of the movie. While Joseph wrote the movie, Anthony was a co-producer. 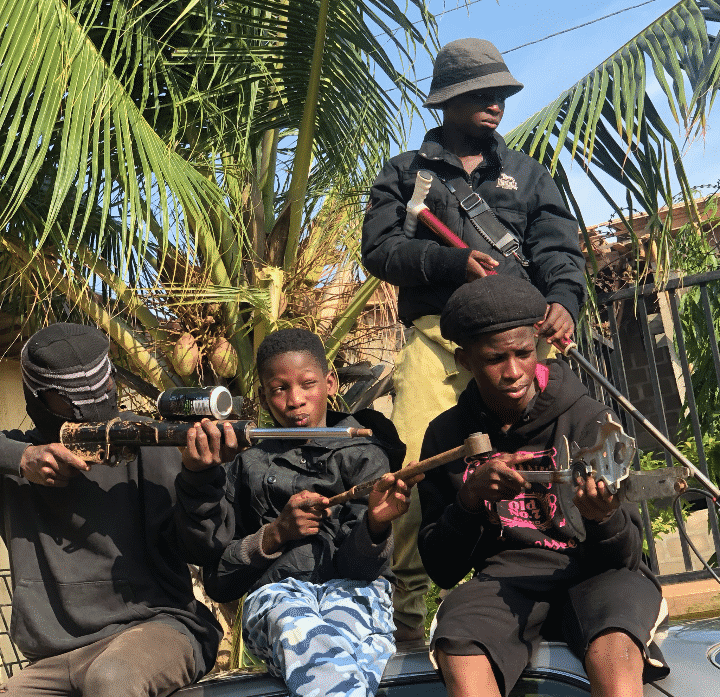 Ikorodu Bois had taken to Twitter page to post the video and pleaded with their fans to help retweet it till it gets to the movie’s lead actor, Chris Hemsworth and movie streaming giant, Netflix.

According to the talented teenagers, they so much love the movie and decided to recreate it. 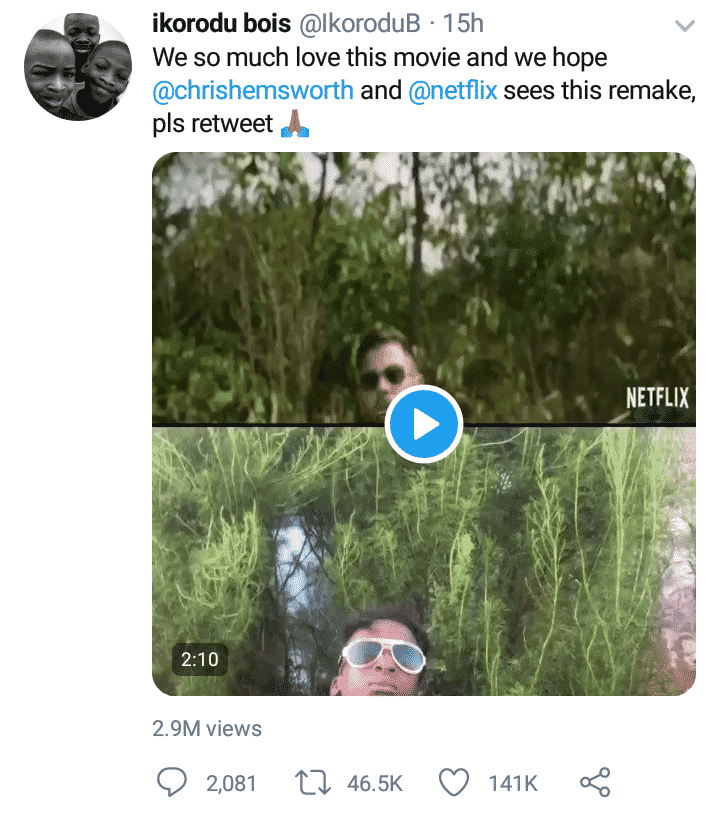 Few hours after they posted the video, it went viral and garnered nearly 3 million views on Twitter.

The Russo Brothers saw the recreated version and replied Ikorodu Bois by quoting their tweet.

In their words; “This is awesome! We would love to have you guys at the Extraction 2 premier. DM us and we’ll get you there!”

Excited, the Ikorodu Bois expressed their gratitude and said it would be a dream come true for them to attend the movie premier as it would most likely be their first time of leaving the shores of the country. 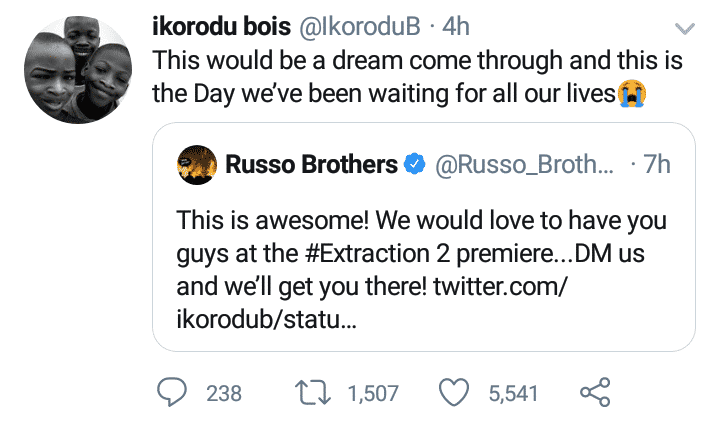 Watch the short movie remake by Ikorodu Bois below;

We so much love this movie and we hope @chrishemsworth and @netflix sees this remake, pls retweet 🙏🏽 pic.twitter.com/x47h9UV9Sz

“I am the fastest growing musician in the world”

“Jesus did not destroy a single shrine”

A 2023 Agenda For Southern Nigeria…1 By Bola Bolawole