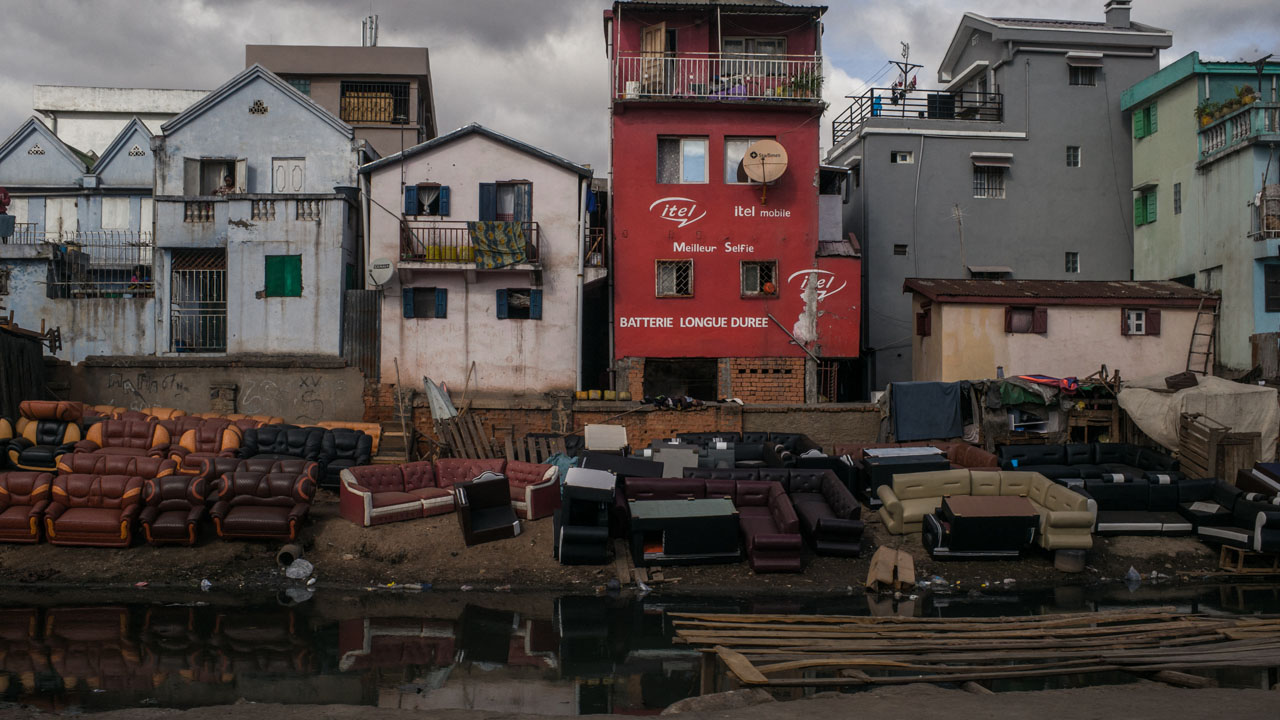 Streets are deserted after the Malagasy authorities decreed a total lockdown over the weekend in the capital Antananarivo on April 24, 2021, to avoid the proliferation of Covid-19 which has caused many deaths in recent weeks. – Madagascar said on April 23, 2021 it would receive a first lot of Covid-19 vaccines soon to fight a second wave that has overwhelmed health facilities. The Indian Ocean island nation is struggling with burgeoning infections with nearly 9,900 cases recorded over the past month, of which at least 194 have been fatal. (Photo by RIJASOLO / AFP)

Madagascar has clamped down on reporting on the coronavirus crisis, Reporters Without Borders (RSF) has warned, raising fears the pandemic could be used to stifle press freedom.

This month 14 television channels and radio stations were banned from broadcasting content that could “disrupt public order and security” — hindering their ability to report on the health emergency.

Nine shows were suspended, with some only allowed to resume after signing a letter committing not to “harm national unity” or “incite revolt”, RSF said Thursday.

“We should not need to sign a letter of commitment do to our job,” Joel Ralaivoahita, director of the main opposition broadcaster MBS, told AFP on Friday.

He added that the government had not yet asked his organisation to do even that.

“The public health crisis must not be used as a pretext for prior restrictions on the freedom to inform,” the head of the press organisation’s Africa office Arnaud Froger said in a statement.

“Preventing journalists from working… constitutes censorship and reflects a desire to suppress communication, not to combat the pandemic,” he added.

The presidency has not yet responded to AFP requests for comment.

Madagascar is struggling with surging coronavirus infections, with over 9,900 cases recorded over the past month.

The Indian Ocean island nation of around 27 million people has so far reported 37,014 cases, of which at least 643 have been fatal.

The resurgence prompted President Andry Rajoelina to abandon a hard-line stance against vaccines and agree to a rollout expected to begin next month.