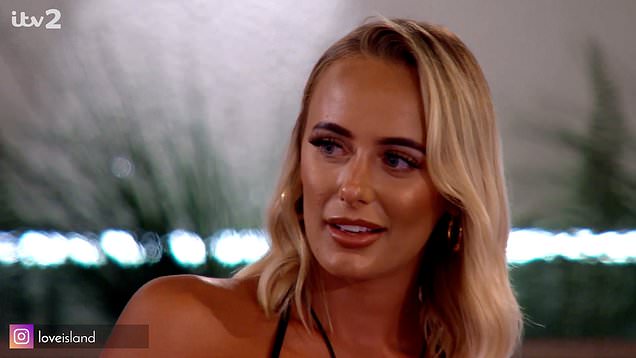 It’s the episode of Love Island we’ve been waiting for all series – the results of the Casa Amor recoupling. And from the first look, it looks like an explosive one.

Despite being happily coupled up with Millie Court in the main villa, Liam Reardon has been getting cosy with Casa Amor bombshell Lillie Haynes.

Fans have been left completely shocked and predicting heartbreak for Millie, especially after his behaviour was somewhat brushed off in the postcard from Casa Amor.

In the first look at tonight’s episode, Millie is asked if she thinks Liam’s stayed loyal right before he walks back in, either single or with Lillie.

The girls are heard saying: ‘What the f**k?’ and ‘Is this some kind of joke?’

Not giving us any hints about who’s in the wrong, another girl says: ‘What the f**k is wrong with you?’ with one more saying: ‘That’s disgusting’.

We’ll be needing the episode right this second please.

Elsewhere, Toby Aromolaran pulls Abigail Rawlings for a chat after he made the decision to recouple with Mary Bedford – leaving Abi single and gutted.

‘It’s just a s**t situation,’ he tells her, with him saying in the beach hut afterwards: ‘F**k! I don’t want to live life with regrets but, you know what? That was a regret.’

Millie and Liam have had their eye on each other ever since she entered the villa along with Lucinda Strafford, with their relationship seemingly going from strength to strength.

However, when the boys were put to the ultimate test in Casa Amor, Liam appears to have had his head turned.

He’s been sharing a bed with Lillie, with the pair also sharing a kiss in last night’s episode. Millie, meanwhile, has been sleeping outside and keeping the new boys in the villa at arm’s length, while she misses her man.

Lucinda has spoken out against Liam’s behaviour, telling Mail Online: ‘Millie is my absolute girl in there and she and Liam were going amazingly and were so strong when I left but since Casa Amor I am praying, I am keeping everything crossed that Liam does not leave Millie.

‘I am shocked by his behaviour. Jake and Teddy stayed outside, and Liam slept in a bed with Lillie… I know Millie really likes Liam and I really hope they don’t break up to be honest. They were like my mum and dad in there.’

Earlier this week, Millie’s best friend Ryan Lloyd, who’s running her social media while she’s on Love Island, spoke out over the shocking Liam twist, writing: ‘We’re going to be mature and ignore that past hour, SO what did everyone have for dinner.’

In the comments, he added: ‘I’ve got a glass of pink gin & Miley on full blast ready. Honestly who needs men x.’

Jeweller Calls Out Bobrisky, Ask Him To Pay His One Year Debt