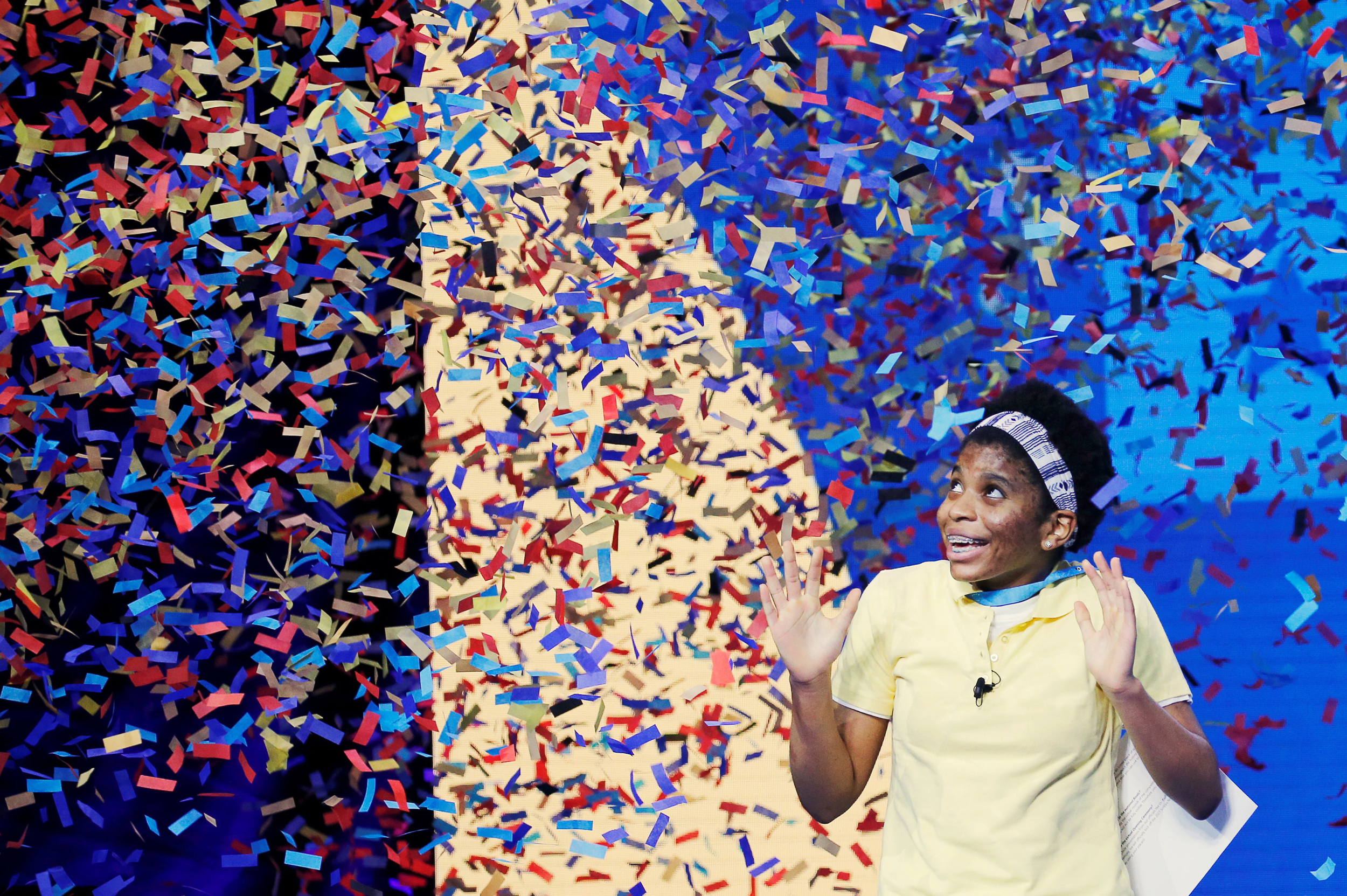 The 14-year-old from Harvey, Louisiana, breezed to the championship at the Scripps National Spelling Bee on Thursday night, becoming the first African American winner and only the second Black champion in the bee’s 96-year history.

Zaila has described spelling as a side hobby, although she routinely practiced for seven hours a day. She is a basketball prodigy who hopes to play someday in the WNBA and holds three Guinness world records for dribbling multiple balls simultaneously.

Zaila twirled and leaped with excitement after spelling the winning word, “murraya,” a genus of tropical Asiatic and Australian trees.

Only one word gave her any real trouble, “nepeta,” a genus of Old World mints, and she jumped even higher when she got that one right than she did when she took the trophy.

Chaitra Thummala, a 12-year-old from Frisco, Texas, was runner-up. Both Zaila and Chaitra are coached by Cole Shafer-Ray, a 20-year-old Yale student who was the 2015 Scripps runner-up.

The only previous Black winner of the bee was Jody-Anne Maxwell of Jamaica in 1998. Zaila also breaks a streak dating to 2008 during which at least one champion or co-champion was of South Asian descent.