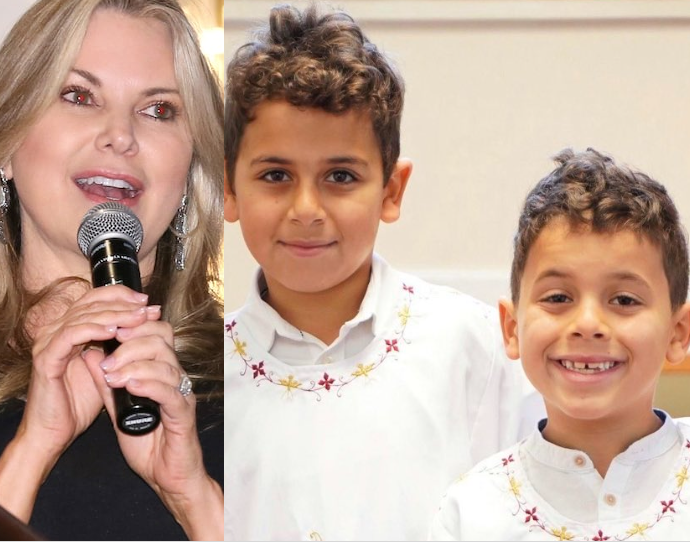 Rebecca Grossman, a 57-year-old magazine publisher, has been accused of killing two young boys in a crash.

She was arrested on Tuesday night, September 29, in Westlake Village, California on two counts of vehicular manslaughter after police said she ran over Mark Iskander, 11, and his brother Jacob, 9.

“The children were walking with their family. It is a very tragic situation. The mother and father were able to pull the other two children back in time, and the vehicle struck the two other children,” Capt. Salvador Becerra of the Los Angeles County Sheriff’s Department said, according to ABC News.

Mark died at the scene of the accident, while Jacob died after being taken to the hospital. 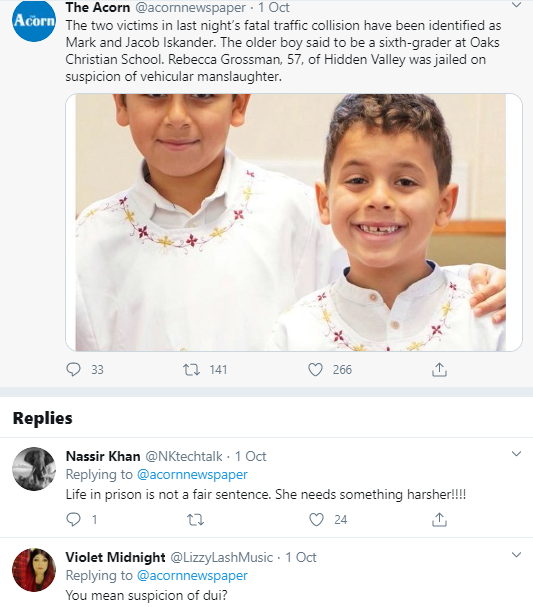 Surveillance video of the collision is said to be in the hands of authorities.

Investigators believe alcohol and street racing may have been involved with the tragedy, per ABC.

According to the sheriff’s department, they believe Grossman may have sped off after the collision with one of the brothers still on the hood of her Mercedes for about 100 feet before slamming on the brakes which caused the boy to fall to the ground; Grossman is then believed to have ran over him as she fled the scene.

Police caught up with her about a mile and a half away.

Grossman is married to Dr. Peter Grossman, whose father founded the famed Grossman Burns Center in Westlake. She is also the co-founder and chairwoman of the Grossman Burn Foundation.

On Thursday, October 1, Grossman was released on a $2 million bond and is expected back in court on October 21.