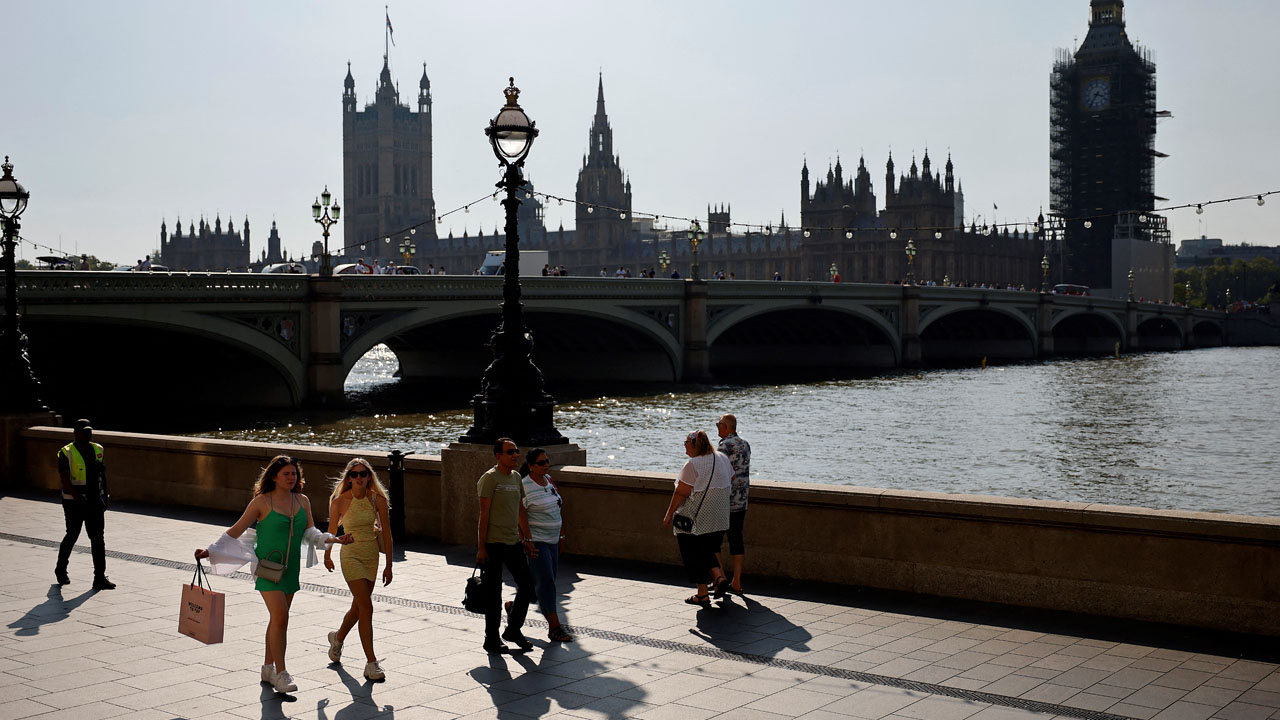 People walk along the south bank of hte River Thames, opposite the Houses of Parliament in London on September 7, 2021. – Breaking an election pledge not to raise taxes, British Prime Minister Boris Johnson on Tuesday announced hefty new funding to fix a social care crisis and a pandemic surge in hospital waiting lists. (Photo by Tolga Akmen / AFP)

“The UK’s status as a world leading financial centre is at risk unless industry, government and regulators work together to boost long term competitiveness, deepen key trade links, and focus on new key areas of future global growth,” TheCityUK said in a statement.

Britain finalised its divorce from the European Union late last year, but a Brexit trade deal omitted the powerhouse financial services sector and has hampered its access to the continent.

The organisation wants lower taxation on banks in order to boost foreign investment in Britain, and calls for a liberalisation of trade with developing and emerging markets.

It also wants the government to make it easier to hire foreign workers in the key finance sector, which lost thousands of jobs to Europe in the wake of Brexit.

“The last decade has been one of growth for our industry, yet global competitors have grown faster,” added TheCityUK head Miles Celic.

“However, with the right strategy in place and a clear focus on delivery, the UK can pull away once again from its competitors.

“It is an ambition that needs industry, government, and regulators to work together. It will take sustained focus, cooperation and determination.”

London’s so-called Square Mile was also slammed by Covid lockdowns which turned the hub into a near ghost town, but the once-bustling finance district is slowly grinding back to life.